Earlier this year, a wildly disappointing doomsday video from CNN was leaked. Here's the one humanity deserves: 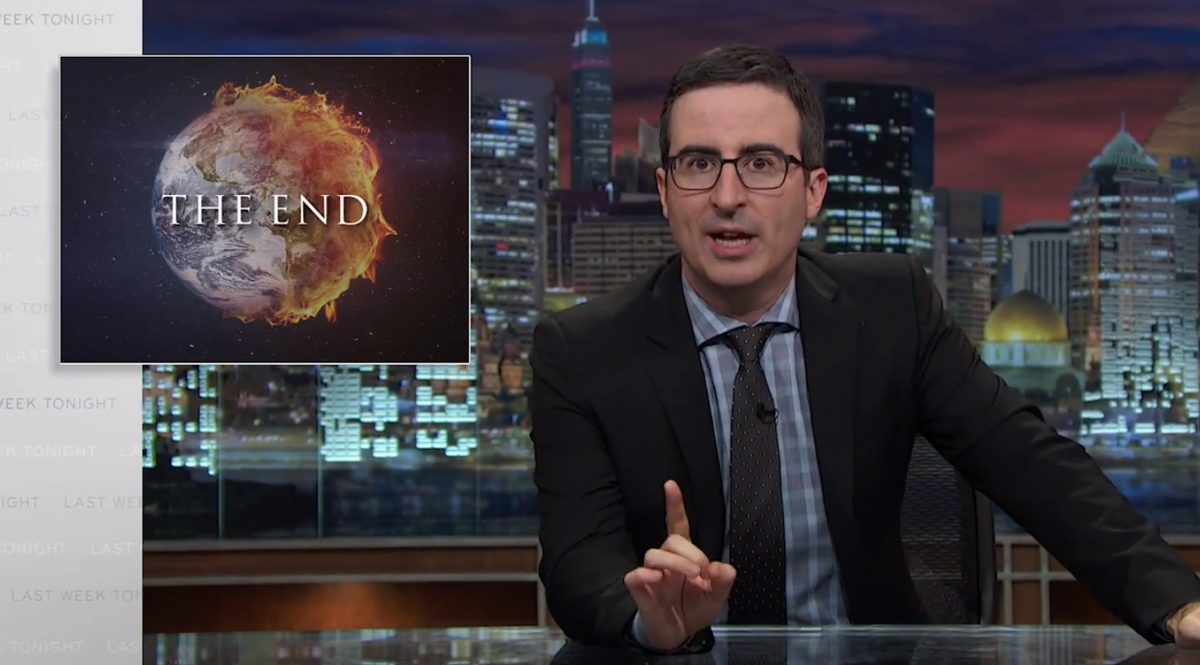 Earlier this year, a former CNN intern confirmed the existence of a long-rumored CNN "doomsday video" -- a video the network's founder Ted Turner promised he'd broadcast in the event of the world's demise -- when he snatched the file from the network archive and uploaded it to YouTube. What was on that video? The key to understanding the meaning of life? Of course not. Just a marching band playing "Nearer My God To Thee," the song that allegedly played while the Titanic sunk.

"Hold for release until end of the world confirmed," read the note that was apparently attached to the archived video. “Oh that’s great, CNN,” John Oliver snapped on Sunday's "Last Week Tonight." “So you’re going to wait until the end of the world to actually confirm something.”

Today, we earthlings finally get the doomsday video we deserve -- not some brass band playing some terribly depressing song, but instead, a recap of all of mankind's greatest achievements (that viral video of Kelsey Grammer falling off the stage, landing on the moon, string cheese, etc.). Plus, Martin Sheen.