(Blerd is short for "black nerd") 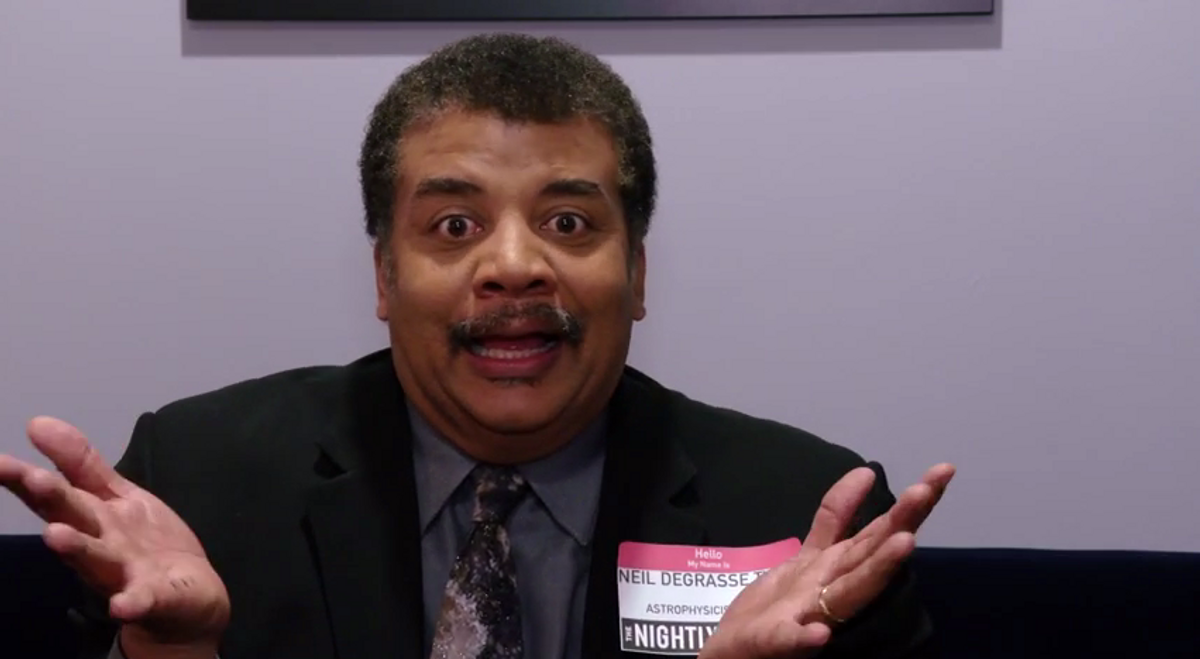 On Monday, Comedy Central posted a "blerd off" (black nerd off) between Neil deGrasse Tyson and "Nightly Show" host Larry Wilmore. Since the trivia competition was on Wilmore's home turf and written by Wilmore writers, the questions were heavily skewed in his favor.

Tyson got questions demanding that he name the four writers of "Space Jam" and three members of the hip-hop collective Odd Future. Wilmore only had to answer a number of kindergarten-level questions about the Los Angeles Lakers.