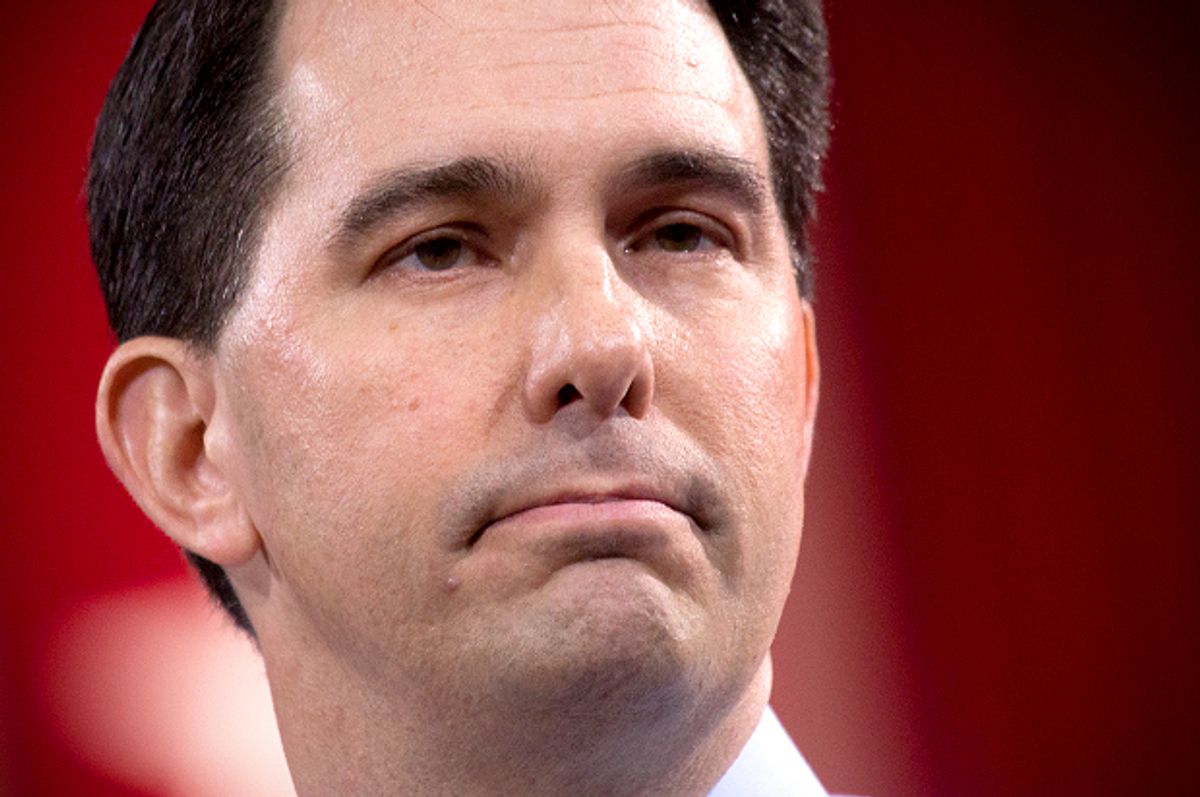 The people who run the Republican party must be thrilled, in April 2015, to see gay marriage dominating the national conversation. It must excite them to no end to see their presidential candidates jockeying for position on the issue of whether they have, or would, attend a gay wedding. One envisions RNC chair Reince Priebus watching this all unfold on nighty news programs, loosening his tie, putting his feet on his desk, breathing a big sigh and saying, "My work is done."

There's no great answer here if you're opposed to gay marriage. You could always drop your opposition to gay marriage, of course. But in GOP primary politics, we're still a presidential election cycle or so away from that being acceptable. So. What to do?

Sen. Marco Rubio would go to a gay wedding for a loved one or staffer. (No one's asking him to crash random gay weddings, as best we can tell. Does he go to lots of straight strangers' weddings? All sorts of questions here.) "If there’s somebody that I love that’s in my life," he told Fusion's Jorge Ramos, "I don’t necessarily have to agree with their decisions or the decisions they’ve made to continue to love them and participate in important events." Here Rubio's trying to portray himself as somehow not a monster, but as Salon's Joan Walsh writes, he's still going to an event that he doesn't think should be legal and considers an awful sin indicative of society's decaying morals.

Shortly after Rubio's comment, the uber-Catholic Rick Santorum, the 2012 GOP presidential primary runner-up, leapt at the opportunity to position himself against Rubio's appeasement of Big Gay. "I would not" attend the gay wedding of a loved one or close friend, Santorum told radio host Hugh Hewitt. "As a person of my faith, that would be something that would be a violation of my faith. I would love them and support them, uh, but I would not participate in that ceremony." This is at least consistent. He's against gay marriage, thinks it's a sin, so he's not going to have anything to do with it when gay cousin Chuck Santorum or whoever ties the gay knot. No hypocrisy there. On the other hand... that's cold, man. Yeesh.

Maggie Gallagher, the anti-gay marriage advocate and writer who's about to watch the Supreme Court shut the door on her life's work, has helpfully offered the GOP candidates the proper language for telling their gay family members and friends that they don't want any part of their gay weddings. She conceives of it a reasonable, loving signing statement to accompany to "no" box check-marked on the RSVP card, but it's more of a lecture. (And a funny one at that. "'Porneia' is a word in the Bible that has been much mistranslated," Gallagher writes to her imaginary engaged gay friend. "But I think it means a sexual relationship that cannot by its nature become a marriage. That’s why Christ said that marriage is forever, unless it is porneia." Gee thanks, Maggie. Now that you've cleared up your gay friends about the proper translation of porneia, they'll call up the wedding vendors straightaway and cancel all orders, even if that means eating some of the costs.) To every gay person out there planning a wedding: send an invitation to Maggie Gallagher. Those rejection letters will fetch a pretty penny down the road when civil rights museums are buying up artifacts from bygone eras.

If this gay-wedding-attendance cycle wasn't already enough like an absurd "Veep" episode, Wisconsin Gov. Scott Walker's answer will cinch the job."Veep's" writers will excoriate themselves for not drafting up this fictional script before reality got the scoop. Here's how Scott Walker splits the baby: He does the reception, but not the wedding ceremony itself.

Wisconsin Gov. Scott Walker has attended a wedding reception for a gay couple, he said Sunday, though the potential 2016 contender still believes marriage should be between a man and a woman.

“That’s certainly a personal issue. For a family member, Tonette and I and our family have already had a family member who’s had a reception. I haven’t been at a wedding,” Walker said when msnbc asked whether he would be willing to attend a gay wedding. “That’s true even though my position on marriage is still that it’s defined between a man and a woman, and I support the constitution of the state. But for someone I love, we’ve been at a reception.”

This is the worst answer of all, because it violates Rule #1 of Attending Weddings: you can't just skip the ceremony! This ceremony was at the court house, so it may not have been a whole big thing, but Scott Walker's son managed to make it.

Everyone who has ever been to wedding, gay or straight, has at some point thought: what if I skipped the ceremony and went straight to the reception? And the answer is No, you can't do that, because it would be rude. It's the price of entry to the reception. If you want access to that open bar, that sweet spread of food, that killer dance party that goes well into the night, you first have to sit through the boring ceremony and all its boring testimonials and cheesy personally written vows. That's the deal, pal. Even if you think God doesn't approve of same-sex marriage, He would be shake his head at such a gauche move. Christ almighty, Scott, Conservative God is thinking, reading this news. If you're gonna go, you've got to hit up the ceremony first. Jesus Christ...