Shakeup at newspaper that reported on corruption in police-shooting case 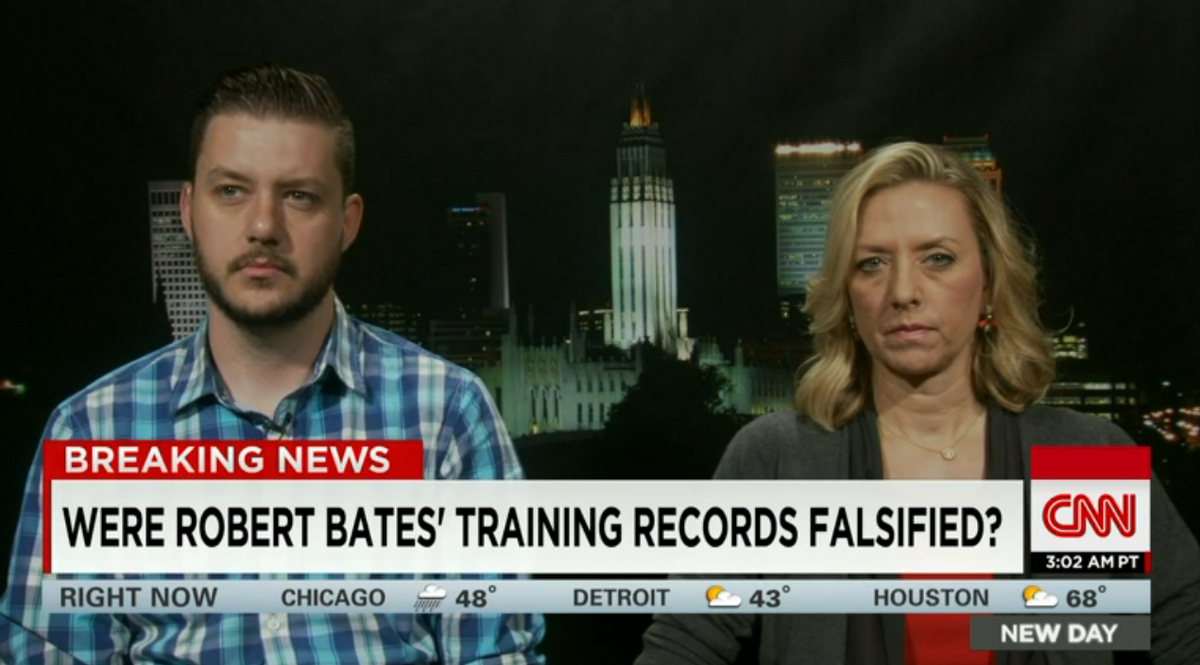 Two journalists who reported that a Tulsa reserve deputy's training records had been falsified have abruptly resigned, according to Talking Points Memo.

Reporter Dylan Goforth and editor Ziva Branstetter of the Tulsa World were responsible for breaking the news that officials in the Tulsa sheriff's office had instructed employees to falsify the records of Reserve Deputy Robert Bates, the man responsible for killing unarmed civilian Eric Harris when Bates accidentally reached for his gun instead of his taser. Those who refused to cooperate in the falsification were reassigned, according to the report.

According to TPM, Goforth and Branstetter no longer work at the newspaper. The pair's report garnered criticism from the sheriff's office after it relied only upon anonymous sources. Now, those criticisms are cast in a new light.

The newspaper's executive editor, Susan Ellerbach, told TPM by phone that the reporters left the publication on Monday.

"They turned in two weeks resignation and said that they had another opportunity," Ellerbach said. "So we accepted their resignations and they left today."

Asked whether management at the newspaper had any conversations with Goforth and Branstetter about problems with their sourcing, Ellerbach took a 10-second pause.

"Well, I'd say their leaving was not related to the article," she replied.

So was The Tulsa World standing by the report on Bates' training records?

"That's all I'd like to say right now," Ellerbach told TPM.