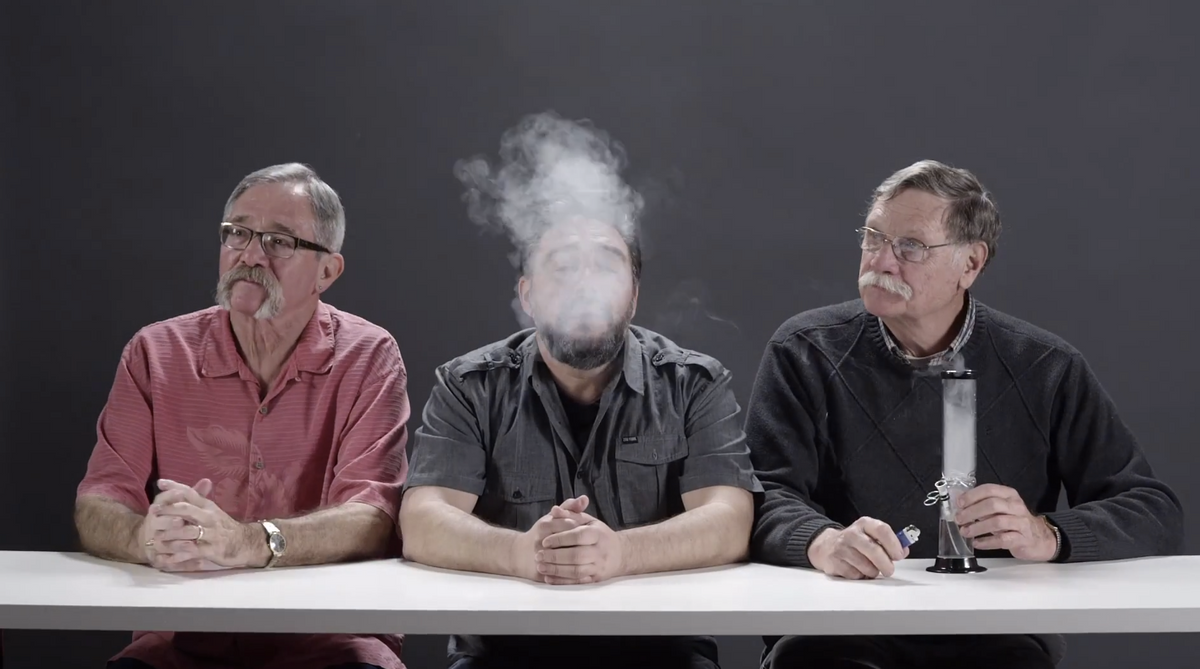 As a 4/20 gift to the Internet, the masterminds who first brought us "Grandmas Smoking Weed" have just dropped another instant classic, "Ex-Cops Smoking Weed." It's been some time since the cop-trio has dabbled in marijuana, we learn: Rene says that his last experience was in 1968; Robert, on the other hand,  indicates his last time was on a waterbed with a "very agreeable woman" while listening to Rhapsody in Blue. You do the math.

After several rounds, the three of them start to feel "floaty" and are asked to participate in a sobriety test. The verdict? They're really not that terrible at counting backwards in increments of seven or walking in straight lines.

The video also includes a handful of Q&A exchanges, including one fiery moment in which Robert tears into the tired narrative that marijuana is a gateway drug: "If you look at it, everyone who is a heroin addict started drinking milk."