Walker is an "everyman" because he shops at Kohl's. A Koch-backed, anti-union everyman, but an everyman nonetheless 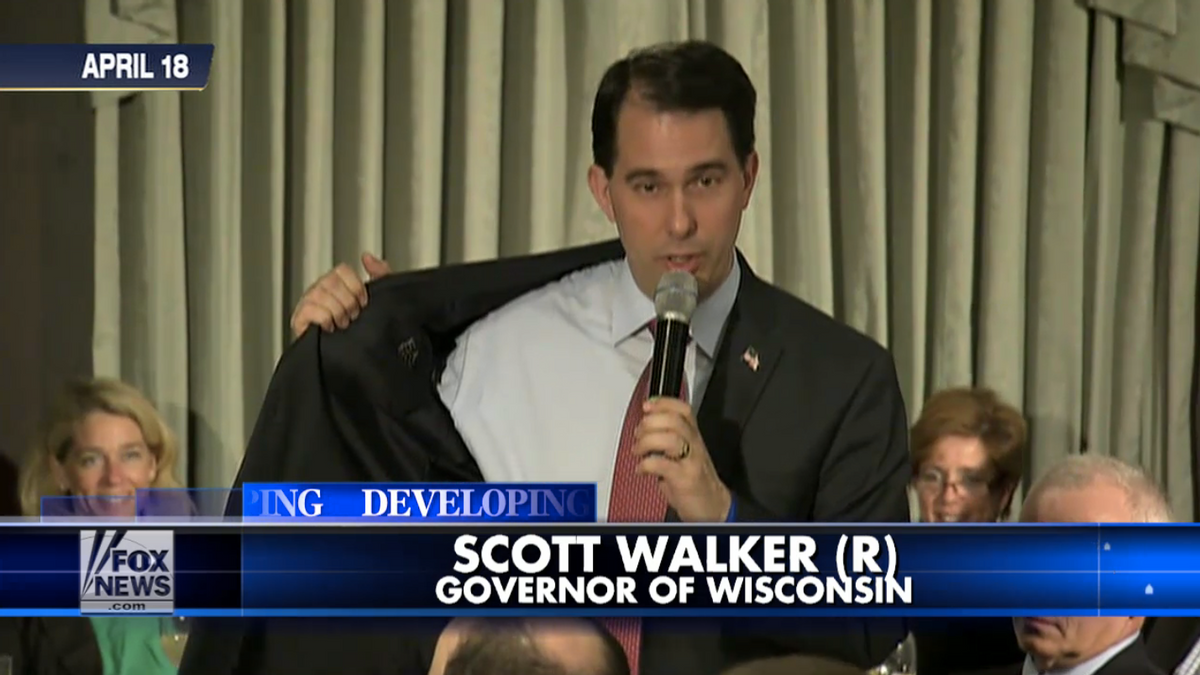 The theme of the last night's editorial programming on Fox News couldn't have been any clearer, as both "The Kelly Files" and "The O'Reilly Factor" devoted a significant amount of time to demonstrating that Hillary Clinton was not the "woman of the people" that she claimed to be.

Megyn Kelly opened her interview with Wisconsin Governor Scott Walker with a clip of him boasting about how inexpensive his attire is. "I'm not wearing the $1 sweater like I did the last time, from Kohl's," he said. "The suit's from Jos. A Banks -- and I doubt the presumptive candidate from the other party has ever even been in Kohl's, much less shopped in the last 18 years," a reference to Clinton's recent statement that she hasn't driven a car in 18 years.

Kelly applauded Walker for "branding himself as 'The Everyman' who shops at Kohl's and Jos. A Banks," adding that it's good to hear from Republican candidates what she's been hearing "from regular folks." Walker discussed the incidents in which he reckons Clinton distanced herself from "regular folks," including her claim that she hadn't driven in 18 years -- even though he knows that as the wife of a former president, she would be protected by a Secret Service detail for the rest of her life.

Kelly asked how his line of argument differs from the Democratic strategy against Mitt Romney in the last presidential election, and Walker responded that the former GOP candidate "never said, 'Hey, I'm relatable to everyday Americans.'" Walker added that the other reason voters should reject Clinton is "embodies" Washington, having lived and worked there since Bill Clinton was elected president in 1992.

Watch Kelly's entire interview with Walker below via Fox News.

Meanwhile, on "The O'Reilly Factor," host Bill O'Reilly called Clinton a hypocrite for criticizing corporate executives for making more than the average worker in their company. "There are reports that Hillary Clinton herself is making far more money than most chief executive officers," he said, before arguing that it is better to be poor in America than wealthy.

"Taxes are through the roof on affluent Americans," O'Reilly said, "but for the rest of Americans, things aren't so bad." As evidence, he cited the fact that he was forced to "cut back on investing because of the capital gains hit." This relates to Clinton, he said, because she will certainly "continue the punching taxation that Barack Obama has imposed" -- unless she won't, in which case wealthy citizens like Bill O'Reilly would love to hear her say as much.