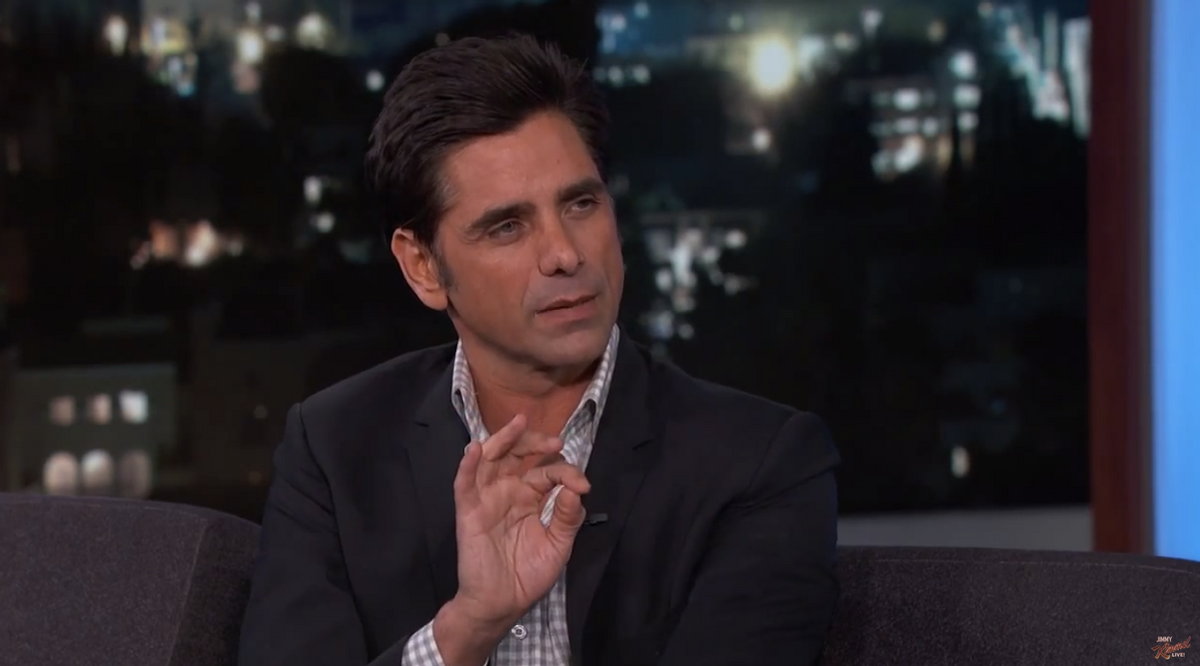 Uncle Jesse says it's true, so it must be: "Full House" is getting that long-rumored spin-off and it will be called "Fuller House." John Stamos dropped the big announcement on last night's "Jimmy Kimmel Live," explaining that he'd been given the news "five minutes before the show" that Netflix had officially ordered 13 episodes of the classic ABC sitcom. You got it, dude, Netflix hopefully said before sealing the deal.

Stamos told Kimmel that the cast had been trying to make the reboot happen for "literally so many" years: "We wanted to give credit to the legacy -- we didn't just want to throw it away," he said.

So far, Candace Cameron-Bure, Jodie Sweetin and Andrea Barber (D.J. Tanner-Fuller, Stephanie Tanner and Kimmy Gibbler, respectively) have all signed on for the show.

Kimmy seems pretty stoked to be reclaiming her seat, already:

WE'RE BACK! After almost 20 years...the bright tights are officially coming out of retirement. The Full House sequel #FullerHouse is premiering exclusively on @Netflix in 2016!

As for the return of the Olsen twins? Totally unclear. But Stamos promises that he'll dress Jimmy Kimmel up in the event that the sisters bail.