Which came first, the Muppet or the glassfrog? 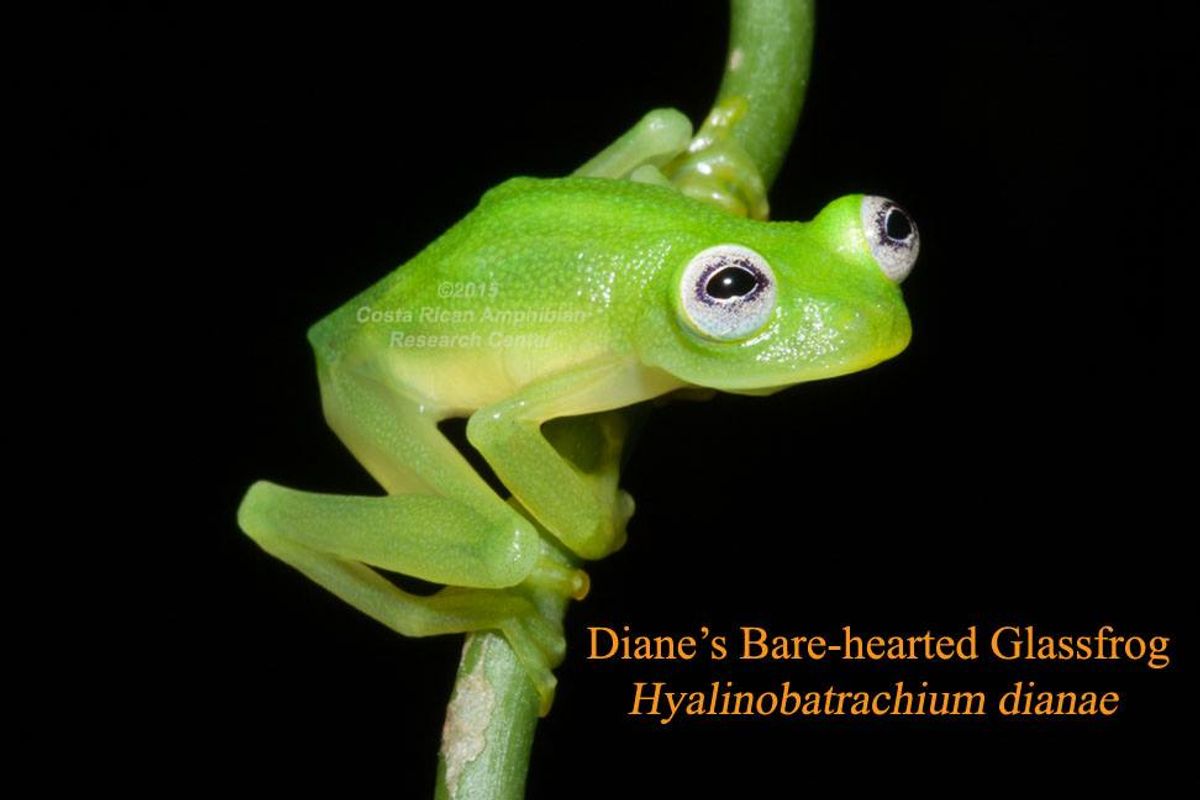 The discovery of a new species of glassfrog, Hyalinobatrachium dianae, on the Caribbean slopes of Costa Rica this February, went largely unheralded -- that is, until people started to notice its resemblance to a certain celebrity:

Yep, it's Kermit the Frog frog. What makes the tiny amphibian unique, aside from the bulging eyes and spotless, bright green skin familiar to any Muppets fan, is its translucent belly, through which you can peer straight through to its insides. It also has a distinct call, according to its official description by researchers at the Costa Rican Amphibian Research Center -- "a single tonal long metallic whistlelike note" -- as well as DNA that distinguishes it from the 13 other glassfrog species inhabiting Costa Rica. And its discovery is exciting for other reasons, too -- this is the first time since 1973 that a new species of glassfrog was described in Costa Rica. It's "a good indicator of the general health of the eco-system," Brian Kubicki, the lead researcher behind the discovery, told USA Today.

Perhaps unaware of the resemblance, Kubicki chose to name the frog after his mother, Janet Diane Kubicki.