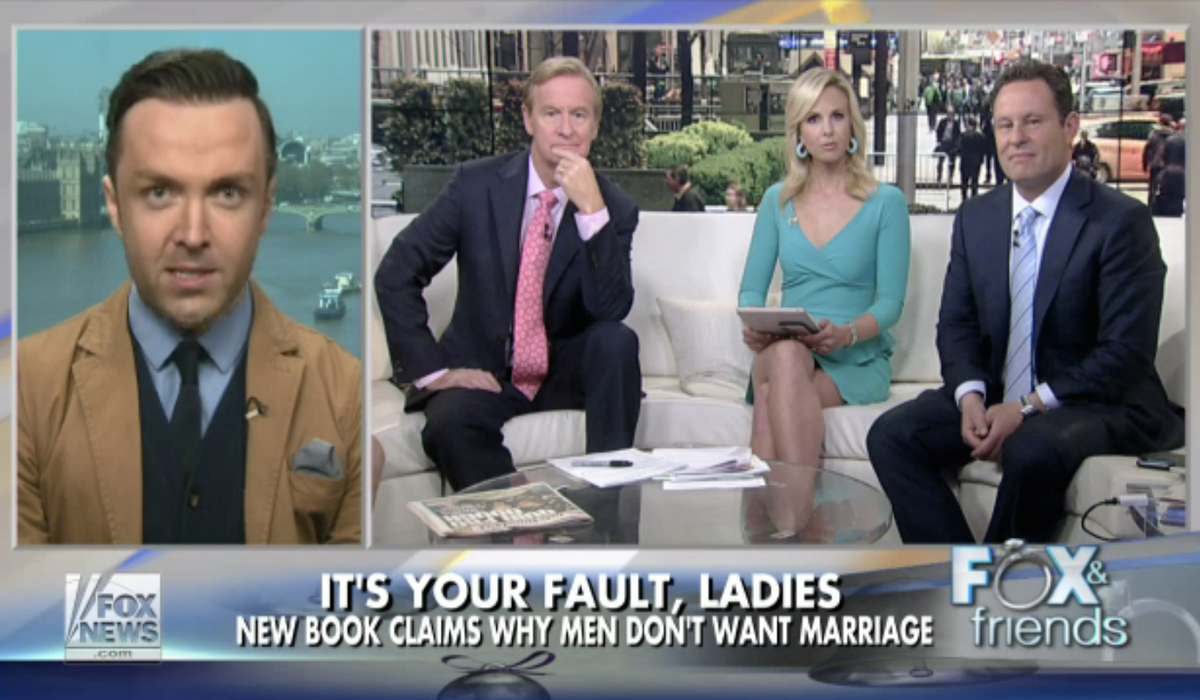 Fox News hosted a "fierce debate" on Tuesday over whether or not men should opt out of marriage, a suggestion boldly defended by men's rights activist and "suffragent" Peter Lloyd. The "Fox & Friends" panel welcomed Lloyd to discuss his new book, "Stand By Your Manhood," and it only took a little over a minute for co-host Steve Doocy to ask if the author blames feminism for making the institution of marriage untenable for menfolk.

"I always say, marriage is the fraud of the rings if you're a man," Lloyd began. "It's a wonderful institution if you're a woman because it safeguards you in so many ways, but generally, when marriages go wrong -- as they frequently do -- they generally fall in the favor of women."

"Let's be honest, it's a legally binding contract, and it serves men not at all," the author added, before urging men to avoid marriage "at all costs."

"Do you blame feminism?" Doocy asked.

"I think there is a certain strand of feminism which has prioritized the safeguarding of women over men, even though we're all supposed to be equal," Lloyd said. "Now we live in a society where we're told men can't view women as sex objects, but women can view men as success objects."

Co-host Elisabeth Hasselbeck did attempt to raise the question of whether men should still pursue marriage for the sake of the children, which echoes the traditional Fox News hardline of decrying the decline of marriage and disregard for family values. Isn't it interesting how that message gets lost when the topic at hand is about how marriage might be bad for men, because of women?