Chris Hayes puts Judy Miller on the hot seat: "You don't think this is a disaster?" 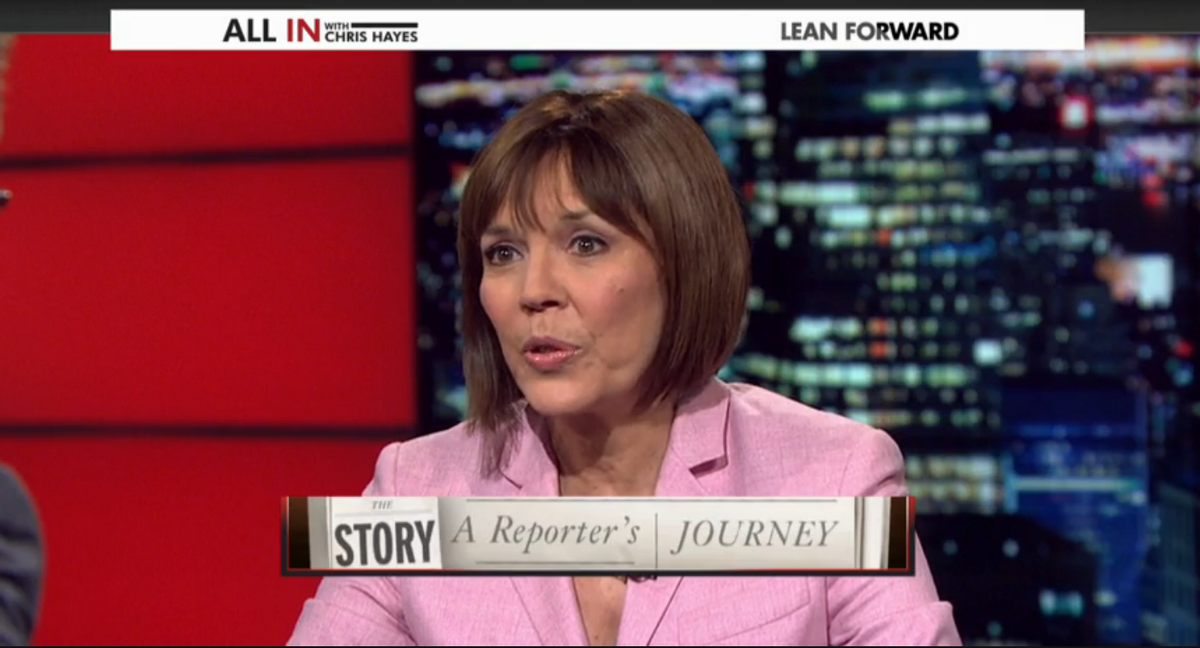 On Monday evening's edition of "All In with Chris Hayes," host Chris Hayes interviewed Judith Miller, a former New York Times reporter who was discredited when her reports on Saddam Hussein's weapons of mass destruction proved false. Miller's reporting was also blamed for helping build the Bush Administration's case for war. The journalist is now on something of a redemption tour coinciding with the publication of her book, "The Story: A Reporter's Journey," but she seems hesitant to accept any blame for her erred stories. Hayes didn't let that slide.

"I don't feel guilty," Miller said right off the bat. "I feel that, as a reporter, I did the very best job I could to disclose to the American people some of the intelligence information that the president and the former vice president got that helped them form their decision to go to war."

"But you don't think this is a disaster?" Hayes asked.

"But you don't feel that you played some role in bringing that about? You genuinely don't think that?"

Watch the full interview below, courtesy of Media Matters: