A time of drought and fires: How to think about the West as it becomes drier and hotter

There's a reason the West has been relatively unpeopled. Large stretches are simply not fit for human habitation 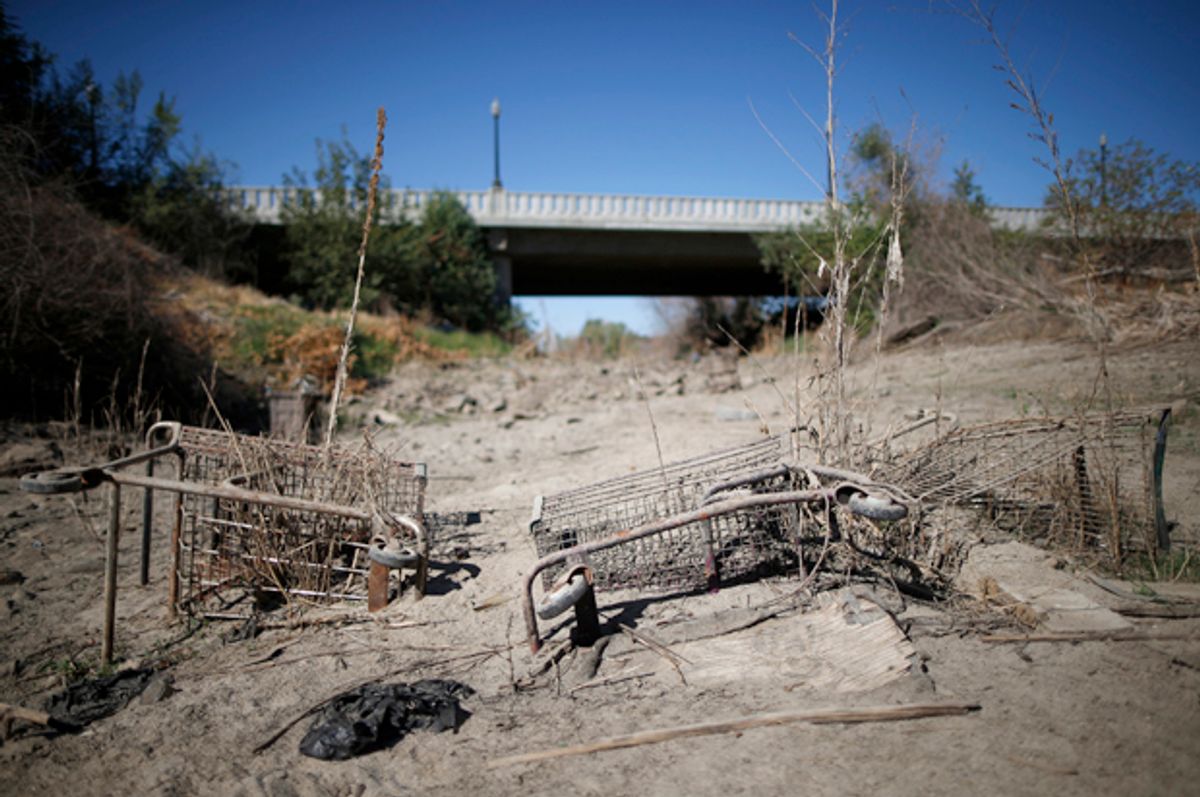 To see the romance of the West isn’t difficult. Many Americans grow up steeped in it. Indeed, thanks to Hollywood, many humans do.

To see the reality of the West takes somewhat sharper eyes.

The writer, teacher and environmentalist Wallace Stegner spent a lifetime ripping aside the veils of western myths and rationalizations. “The West does not need to explore its myths much further,” he wrote, “it has already relied on them too long.”

One of Stegner’s favorite targets was the famous “rugged individualist.” Agriculture, for instance, was impossible without irrigation, and that irrigation itself was impossible without the massive dams that only the federal government could build. Which, combined with the fact that much grazing and mining occurred on public land, made Westerners chronically dependent on government help. In fact, contrary to the image of rugged individualism, Westerners were more dependent on help and community than any other region. Dams, irrigation, free private use of public land. It all amounted to a rugged, beautiful and wild welfare state.

Over the years the construction of the giant dams, and irrigation, have created a false front for the West not too different than those of the towns used in Hollywood westerns. Behind the front was the reality and the reality was what Stegner called “the unity of drouth.” Drouth, or drought, defined the West. Stegner wrote: “With local and minor exceptions, the lands beyond the hundredth meridian received less than twenty inches of rainfall, and twenty inches was the minimum for unaided agriculture.” This was the fact, not the myth, but it was a fact that was not acceptable to “the apostles of progress,” both in government and business. The critical mistake, in Stegner’s mind, was taking habits and lessons learned in the wet, green East and transplanting them to the dry West.

What Stegner provides us with today are tools for thinking about the West as it becomes drier and hotter. In a realm of aridity, water is king, and Stegner, whose father’s wheat fields in Saskatchewan had burned to a crisp during a two-summer-long drought, knew this in his bones. Water, in the West, means the snowpack, and, as Stegner’s good friend Bernard DeVoto once wrote about the region: “A light winter means a hard summer.” With the higher temperatures we have seen in recent years, snow becomes rain, and rain doesn’t stick around. Snow, on the other hand, is its own storage system. Snow is time-released, becoming water in hydrating doses throughout the spring and summer. While this past week’s headlines included California Gov. Brown’s water restrictions and the bust of formerly booming oil towns, it was an email from a friend from Nevada, an avid climber, that most unnerved me. He wrote: “A good friend -- a California snow surveyor — just returned from the backcountry. He estimates -- unofficially -- that the Sierra snowpack (and snow water equivalent) is something like 60% of 1977’s, the former record-setting drought. That’s an approximation, but the guy is trustworthy -- a former climbing ranger at North Cascades National Park.”

Consider that the majority of climatologists believe that, along with low-lying coastal areas, it will be the water-stressed areas of the world that will be most affected by climate change. At first this sounds simple to the point of being a tautology. It isn’t. They are not merely saying that the dry places will be hardest hit. They are saying that the driest places, like the American Southwest, will change the most compared to their baseline. And how will they change? The predictions are consistent. Drought is by definition an anomalous word, but what we now call drought will become the norm. And with that as a new baseline, the droughts will be of a sort the region hasn’t seen since the Middle Ages, when so-called megadroughts drove the Puebloan people from the region.

In a time of drought and fires it is hard not to return to Stegner’s central contention: that this land that we are treating like the land of any other region is in fact quite different, a near desert, and that its life depends on that not-always-reliable snowpack. Much more reliable are the cycles of drought, which have been a part of the West forever. As it happens we are now in the midst of one of those cycles. It would be wise to acknowledge this and deal accordingly.

What would that mean? For starters, acknowledging that water is a precious resource and should be treated as such. This will become a given over the next years but a second truth may be harder to acknowledge: that there is a reason that the West has always been relatively unpeopled. Large stretches of it are simply not fit for human habitation. The booster says, “Well, let’s make them fit!” The Stegnerian realist says, “Well, maybe we shouldn’t live there.” Don’t move to a place where your houses are likely to serve as kindling. There are some places that are better left alone.

But what’s the point of saying this now, when the houses are already built and when those burned will surely be rebuilt, the genie already out of the bottle?  Because we are at this moment seeing many of the things that Stegner warned about coming home to roost. And because even if warnings are not heeded, they still must be given.

Stegner understood well the necessity of hope, but in the end knew that cold-eyed clarity was more important. Today cold-eyed clarity tells us this: the world is warming and some of the places that the world is least ready to adapt to that warming are places that are already, as Stegner called them, “subhumid and arid lands.”  In a place already on the edge, a slight tip puts you over. In a place where drought is already commonplace, more heat and less rain are killers.

For Wallace Stegner, real knowledge of a place, and science, trumped myth. And what science is now telling us is straightforward: that a place that historically had little water will have less. This is the reality, not the myth.

David Gessner is the author of nine books, including "All the Wild That Remains: Edward Abbey, Wallace Stegner and the American West."