Climate change by state: An interactive map of the U.S.

In celebration of Earth Day, a look at temperature increases across the country. See how your state stacks up 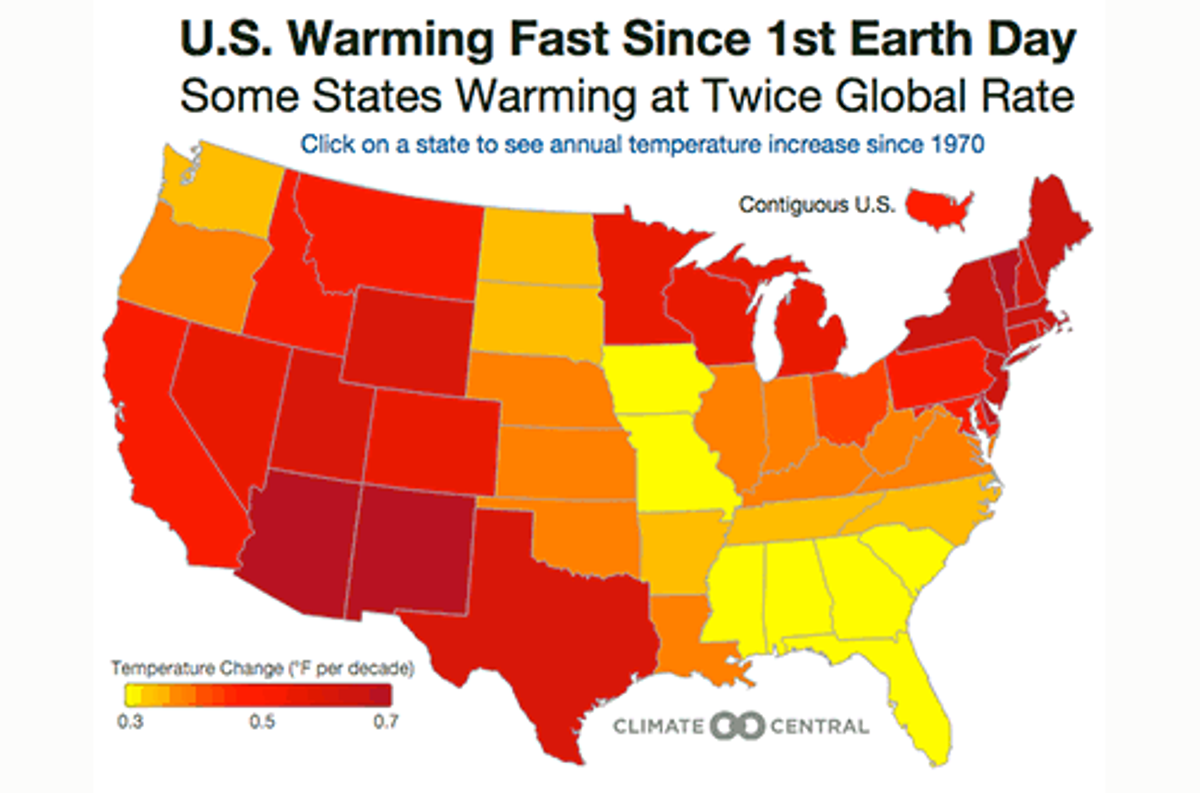 It’s been 45 years since the first Earth Day was celebrated in 1970, and since that time, average temperatures have been rising across the U.S. This Climate Central interactive graphic shows a state-by-state analysis of those temperature trends.

Average temperatures across most of the continental U.S. have been rising gradually for more than a century, at a rate of about 0.13°F per decade between 1910-2014. That trend parallels an overall increase in average global temperatures, which is largely the result of human greenhouse gas emissions. While global warming isn’t uniform, and some regions are warming faster than others, since the 1970s, warming across the U.S. has accelerated, previously shown in our report The Heat is On. Since then, every state’s annual average temperature has risen accordingly. On average, temperatures in the contiguous 48 states have been warming at a rate of 0.45°F per decade since 1970.

New Mexico is the fastest-warming state since 1970, warming at a rate of 0.63°F per decade. Vermont, Arizona, Delaware, and New Jersey are warming nearly as fast, and all are warming about twice as fast as the global average. The slowest-warming states, Iowa, Alabama, Missouri, and Georgia – warming just under 0.3°F per decade since 1970 — are on pace with average global temperatures.

This analysis draws on temperature data collected from the National Climatic Data Center’s Climate at a Glance database, offering an improved technique for regional temperature trend analysis over our earlier report The Heat is On.