House panel is told of slavery in Thai seafood industry 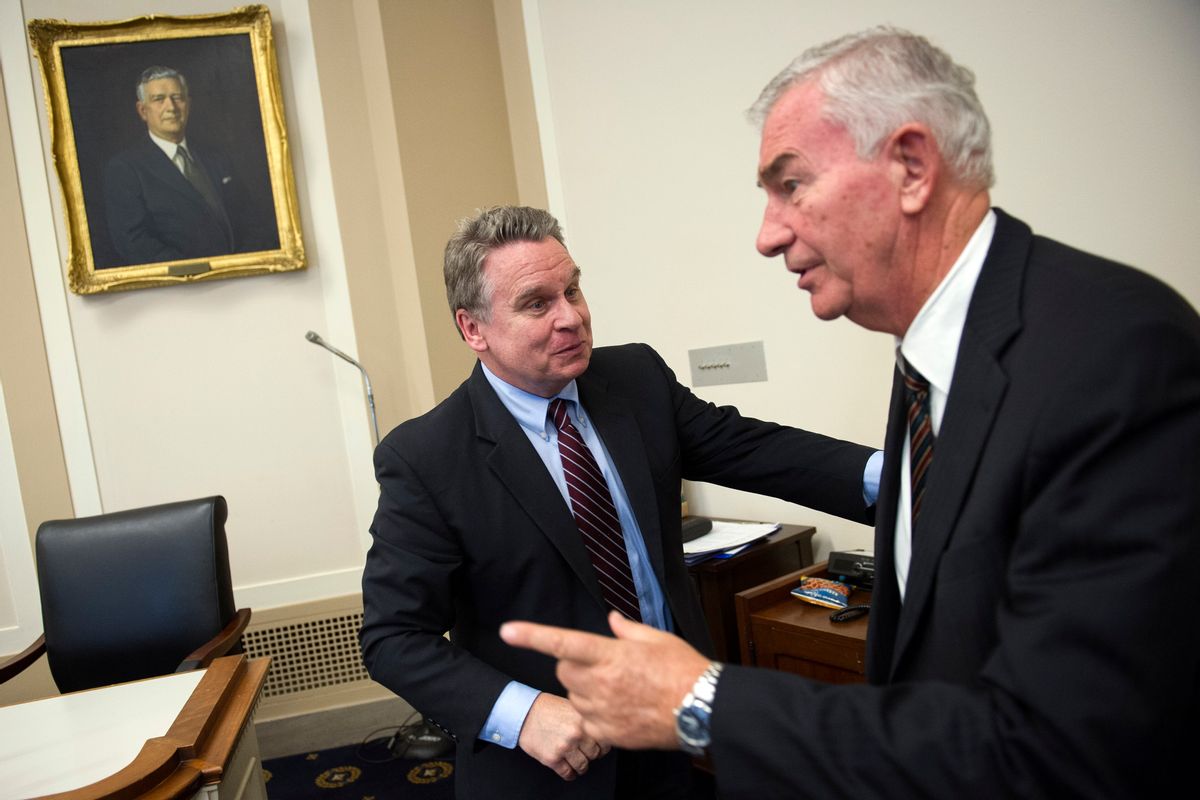 WASHINGTON (AP) — Modern-day slavery persists around the world, including the abuse of fishermen in the Thai seafood industry whose catch can end up in U.S. markets, a congressional panel was told Wednesday.

"As has been reported for years, the Thai fishing industry is rife with forced labor, both on the high seas and within seafood processing and packing plants," Mark Lagon, former State Department ambassador for trafficking in persons, told a House Foreign Affairs subcommittee.

Lagon, who now heads Freedom House, a nonprofit organization that advocates for human rights, said it remains to be seen whether the Obama administration will impose sanctions it is authorized to deploy, which would bar Thai seafood from U.S. markets.

The State Department's key weapon for combatting human trafficking comes in a politically charged annual ranking in "tiers"— Tier 1 is best, 2 means more could be done, and 3 is a blacklist that can spark sanctions. The House global human rights subcommittee urged the Obama administration to come down hard on those countries that violate human rights when it releases the report in June.

Rep. Chris Smith said China was prematurely upgraded to Tier 2 in 2014, and singled out Myanmar, also known as Burma, Malaysia and Thailand as countries that need to do more to fight human trafficking across shared borders. Unless they've dramatically changed their law enforcement, prosecutions and investigations, several African countries face automatic downgrades this year.

Matthew Smith, who directs Thailand-based Fortify Rights, a nongovernment group, testified that hundreds of thousands of Rohingya Muslims are displaced after widespread attacks in Myanmar and are at grave risk of being trafficked. And he said Myanmar women and girls are often subject to sexual and domestic servitude, or forced to work in the sex industry.

Last month The Associated Press reported on hundreds of fishermen whose catch is exported from Thailand to the U.S. who were working as modern day slaves, held in cages on the Indonesian island community of Benjina, whipped with sting ray barbs and forced to work at sea for years on end. To date, authorities have rescued some 370 of those men and identified hundreds more still trapped.

The fish they netted can wind up in the supply chains of some of America's biggest food sellers, such as Wal-Mart, Sysco and Kroger. It can also find its way into the supply chains of some of the most popular brands of canned pet food, including Fancy Feast, Meow Mix and Iams. The companies have all said they strongly condemn labor abuse and are taking steps to prevent it, such as working with human rights groups to hold subcontractors accountable. And Thai authorities, whose $7 billion seafood export industry counts the U.S. as a key customer, have said for years they are taking strong steps to clean up labor practices; yet documented abuses persist.

The AP also found the U.S. has enforced a law banning the import of goods made with forced labor just 39 times in 85 years because of a significant loophole: Slave-caught seafood and other items must be allowed in if consumer demand cannot be met without them.

Senate and House committees passed amendments this week to close that loophole.

"There is never a time when forced labor is OK. This is 2015, and there is absolutely no room in our trade policies for any exceptions to that principle," Sen. Ron Wyden, D-Ore., said during a meeting of the Senate Finance Committee, which approved the change Wednesday evening.

Among those rescued this month from Benjina by Indonesian authorities, Hlaing Min, 32, was told about the congressional hearing while awaiting repatriation to his homeland, Myanmar.

"I want to say to the congressmen that if I were to mention about all the human skulls and bones from the fishermen who died, the sea would be full of Burmese bones," he said. "On behalf of all the fishermen here, I request to the congressmen that the U.S. stop buying all fish from Thailand. If the label says Thailand, the U.S. should stop buying it."