Is your sex life an "American Horror Story"?

#DescribeYourSexLifeInATVShow revealed our deepest insecurities, or at least the ones we're willing to tweet about 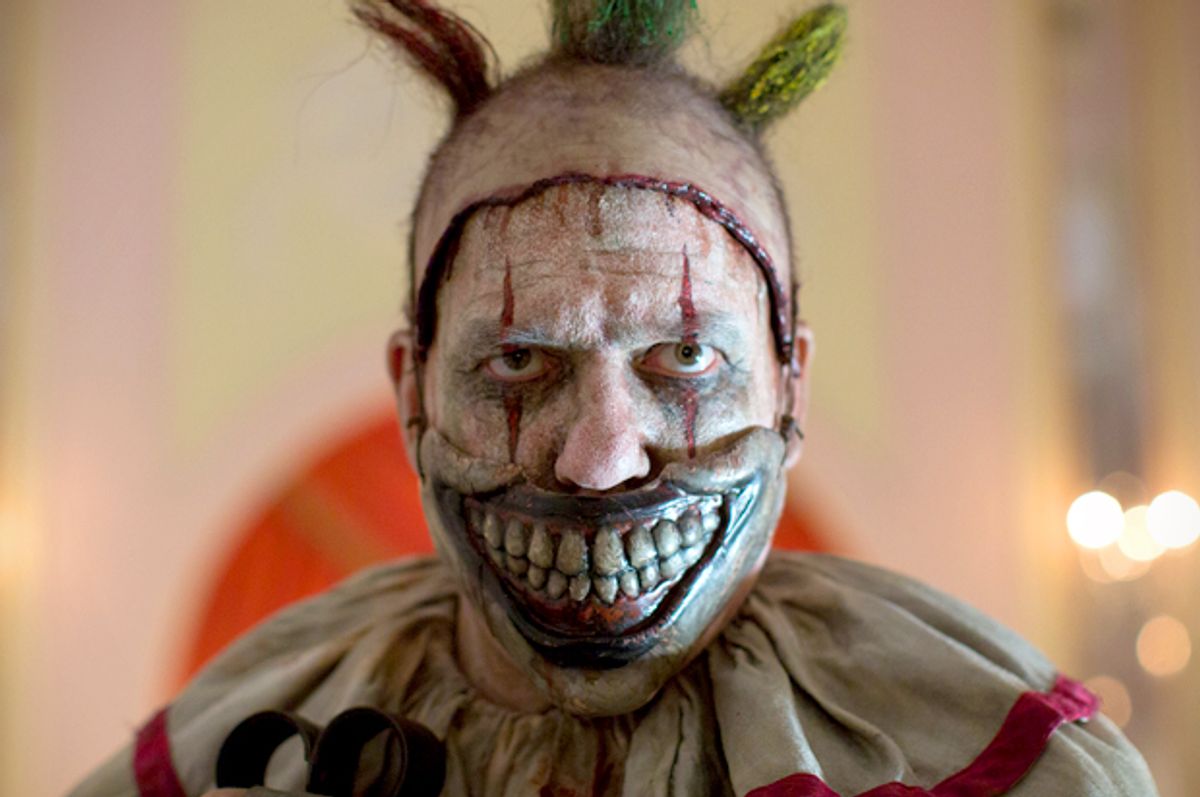 Yesterday, a curious hashtag started trending on Twitter: #DescribeYourSexLifeInaTVShow. It was soon pushed out of the top 10 by such pressing subjects as "Full House" and "Thanksgiving," but in its few hours of Twitter glory, this silly little hashtag just might have revealed something about human beings and their relationship to sex. Namely, that our relationship with sex is completely and totally absurd.

While there was the occasional masculine brag ("How I Met Your Mother"), the vast majority were exercises in self-deprecation. Of course, a popular avenue for this was jokes about how long sex lasts:

More popular still were tweets that hinted at a dry spell:

#DescribeYourSexLifeInATvShow That multicolored screen when something's off air...? (Also, I would be surprised if no one mentioned Pokemon)

#describeyoursexlifeinatvshow is there a show called non-existent? — ✨ zoe ✨ (@pvnkroses) April 21, 2015

There were plenty of other self-inflicted insults, like "Freaks and Geeks," "Naked & Afraid," "Mission Impossible," "The Antiques Roadshow," "American Horror Story" and "The Biggest Loser." There was also the guy who wrote, "The News, because it's always depressing." Some took the self-deprecation so far as to joke about their alleged STDs:

#DescribeYourSexLifeInATvShow Deadliest Catch. Get it? That show is about catching crabs and I have...crab..never mind

There were a few delightfully bad dirty jokes -- "Three's Company," "Malcolm in the Middle" and "Leave It to Beaver," for example -- but all in all, the #DescribeYourSexLifeInATVShow hashtag read like a cathartic repository for our fears and insecurities about sex. In that sense, it's pretty revealing: We seem most worried about not lasting long enough and not getting enough. Granted, these are only the insecurities that are deemed appropriate for social media: I didn't notice a single guy joking about an inadequately sized penis, which any sex educator will tell you is an exceedingly common concern. Some perceived sexual shortcomings make for great, relatable comedy -- and others are just too real to be funny.