"The media decides when you're no longer believably f**kable": Amy Schumer tears into industry sexism

She enlists the help of Julia Louis-Dreyfus, Tina Fey and Patricia Arquette to drive the point home 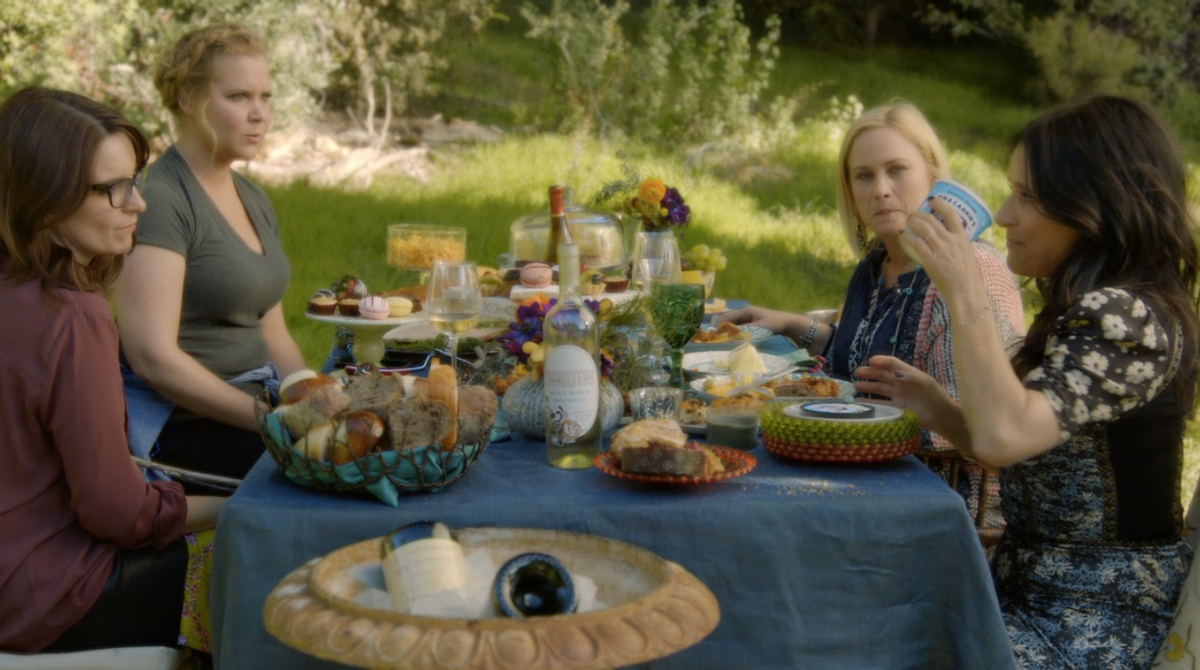 The Season 3 premiere of Comedy Central’s "Inside Amy Schumer" was full of methodically precise sketches that tackled hot button cultural issues. Perhaps most memorable of the bunch: "Last F**kable Day," the star-studded sketch featuring Julia Louis-Dreyfus, Tina Fey and Patricia Arquette that shames the media for its perpetuation of industry sexism. While on a jog, Schumer stumbles upon the gang having a picnic in the forest and quickly learns that they've convened to celebrate Louis-Dreyfus' "last fuckable day." That is, the day the media decides you are no longer "believably fuckable." They take Schumer -- "that girl from the television who talks about her pussy all the time" -- under their wing and prepare her for the cruel world of middle-aged acting as a female: Disney stars replace you in the sequel to your Oscar-winning film and you only get signed on to movies with "uplifting yet vague" titles like "Whatever it Takes" or "She Means Well." Then, you're pushed off to sea ... so you can go home and do laundry.