This is not how you win the marriage equality debate 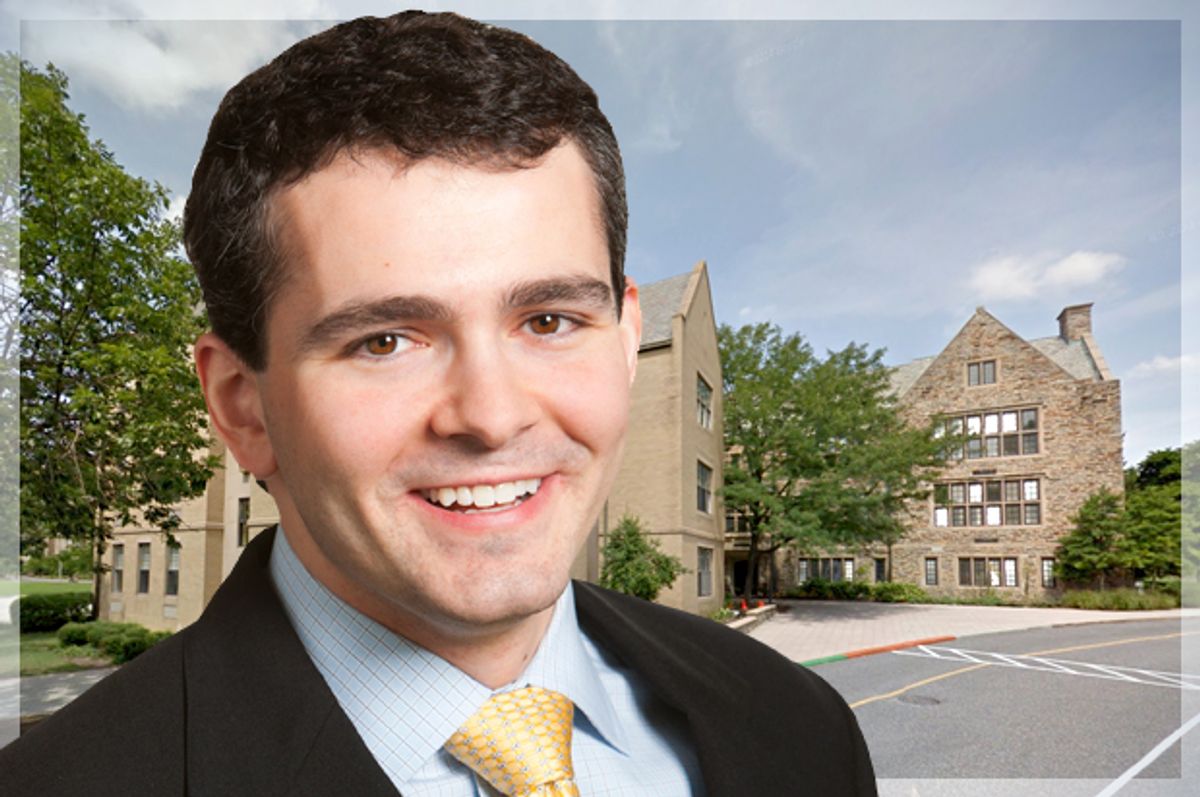 Here's what happens when you post something on Facebook as a "fine example of… independent thinking and a spirit of respect for all viewpoints." The opposite.

Last week, the Washington Post ran a profile of Ryan T. Anderson, calling the 33 year-old fellow at the Heritage Foundation the right's "fresh voice on same-sex marriage." It described how Anderson, "fresh-faced, millennial, Ivy League-educated," is putting a more accessible face on the conservative side of the marriage equality debate, describing him as "telegenic, an enthusiastic debater, and he can talk for hours." It also, in the spirit of balance, mentioned his critics and debate opponents, and noted that when it comes to the issue of same-sex marriage in the US, "The tides are against Anderson."

On Thursday, the Friends School of Baltimore, where Anderson graduated in 2000, posted the story on its Facebook page, with the school's head Matt Micciche citing it as an example of "how this school promotes independent thinking and a spirit of respect for all viewpoints." But within just a few controversial hours, as the Baltimore Sun reports, things had become heated. "One online commentator compared Anderson's views to those held by Nazis and members of the Ku Klux Klan. Others likened Anderson's opinions to hate speech -- a caricaturization with which Anderson strongly disagrees."

Micciche soon took down the post, offering instead an apology "expressing my sincere regret to those for whom the posting of this article called into question our school’s commitment to honoring their identity and their rights. Though I should have anticipated the anguish and confusion this posting would cause, I did not. For that lack of sensitivity, and the pain that it has brought about, I apologize to all the members of our community." And he said that "By choosing to highlight an article about an alumnus whose work is based on a set of beliefs that begin from an assumption of inequality and that argue for the denial of rights to an entire segment of the population based on their identity, I now realize that we erred." That statement was also subsequently removed, with no further explanation. The school's Facebook page is currently a firmly divided set of "reviews" of, depending on your point of view, "politically correct cattiness" or a place that "listened to the student body above all else."

Anderson is not the kind of guy most of us would invite to come over and watch "Empire" with. He's on record as supporting the horrendous "ex-gay" movement and calls marriage equality "a lie." He says that "At its most basic level, marriage is about attaching a man and a woman to each other as husband and wife to be father and mother to any children their sexual union produces." Yeah, he's one of those. And if a school I'd attended was actively promoting someone whose beliefs or behavior I find profoundly repellent, I would have a problem with that. Oh, wait, that's right, I went to the same college as Bill Cosby.

But it seems that Friends was originally trying to make that point that it has turned out students with a diverse range of opinions and ideals. And by taking down the post — and then taking down the apology — it now instead appears clumsy and flummoxed over what its own standards for healthy debate are. As a colleague asked Wednesday, "Why is it that institutions say they want community but can't handle it when community actually happens?" Writing in The Week, Damon Linker asked, "Do those who favor gay marriage really want to win by stamping out dissent and driving into the wilderness every person who holds a contrary position?" and called the kerfuffle a "depressing sign that liberal public opinion is evolving in the direction of theological certainties and illiberal forms of intolerance." As a liberal, it bums me out to agree with him.

If you truly support equality, you have to support the right of people whose ideas are different from yours to have those ideas and to express them. You can vote against them in elections, you can choose not to patronize their businesses, and you can certainly challenge their positions. But you can't force them to side with you and you can't be okay with reasonable debate and inquiry being shut down. You can't be okay with people you don't like getting threatening and ugly harassment — like the person who told Anderson on Twitter Wednesday he "should be strung up by your balls and horsewhipped for all the anti-LGBT hate you promote."

Friends is not responding to requests for further comment on the incident, but told the Baltimore Sun this week "Our energies are focused on attending to the nurture, support and education of the children in our care." I hope that includes teaching them the difference between policy and mere opinion, and that differences of ideology can't be solved with a click of the delete button.