"For most climate change activists...the root of every evil is a beating human heart" 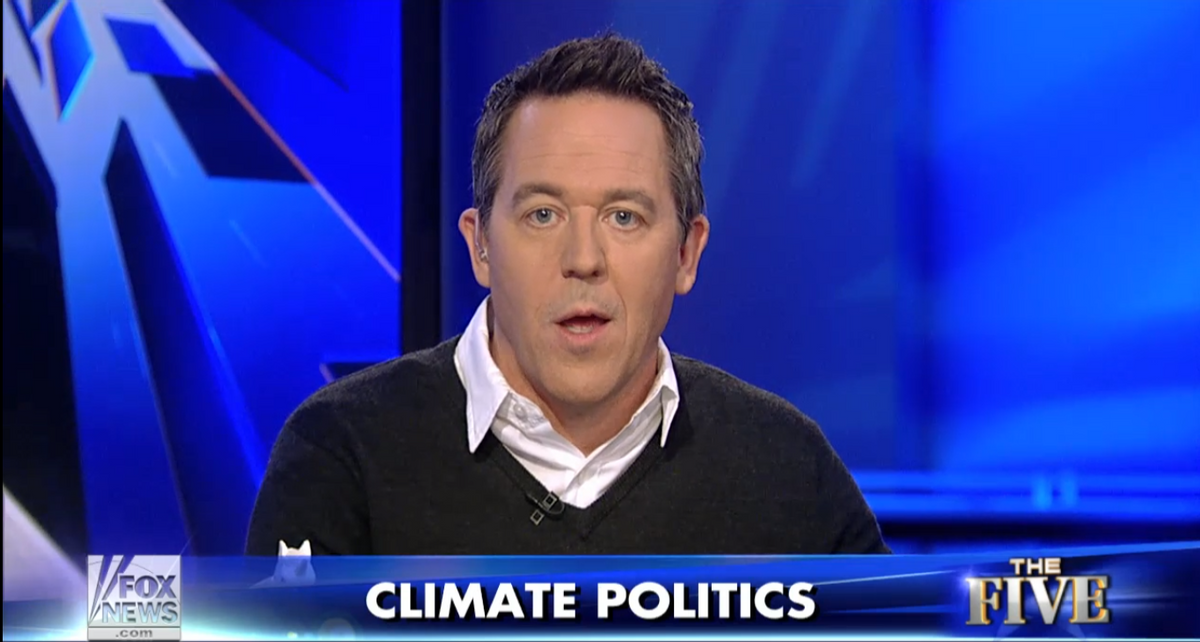 On Wednesday evening's edition of Fox News' "The Five," host Greg Gutfeld questioned whether Bill Nye was a real climate activist, since he rode on Air Force One with President Barack Obama. He also denied that climate activism was ever really about the Earth -- instead, he said, it's about "ego and retribution." Great Earth Day coverage, Fox!

"See for him, it's all about status. The attention bestowed for parroting the right platitudes.

He then moved onto the notion that climate change is a scarier threat than terrorism -- a comparison oft-invoked by the right in an attempt to belittle the actual looming threats of our rapidly warming planet.

"I call this the strawpocalypse -- a mix of strawman and armageddon," he said. "Sure, the Earth's end trumps everything, but with that absurd comparison, then we should devote nothing to present danger and only fight future figments of imagination. It's nuts."

"For most climate change activists," Gutfeld continued, "it's less about carbon and more about consumers and consumerism, and trashing a system that saves countless lives, for the green movement believes that the root of every evil is a beating human heart."

That is great propaganda, Greg. Too bad it's bullshit!