Obama hammered by Twitter over drone statement: "When brown civilians die, it's business as usual"

The president revealed that American hostage died in a drone strike, and Twitter was very unhappy 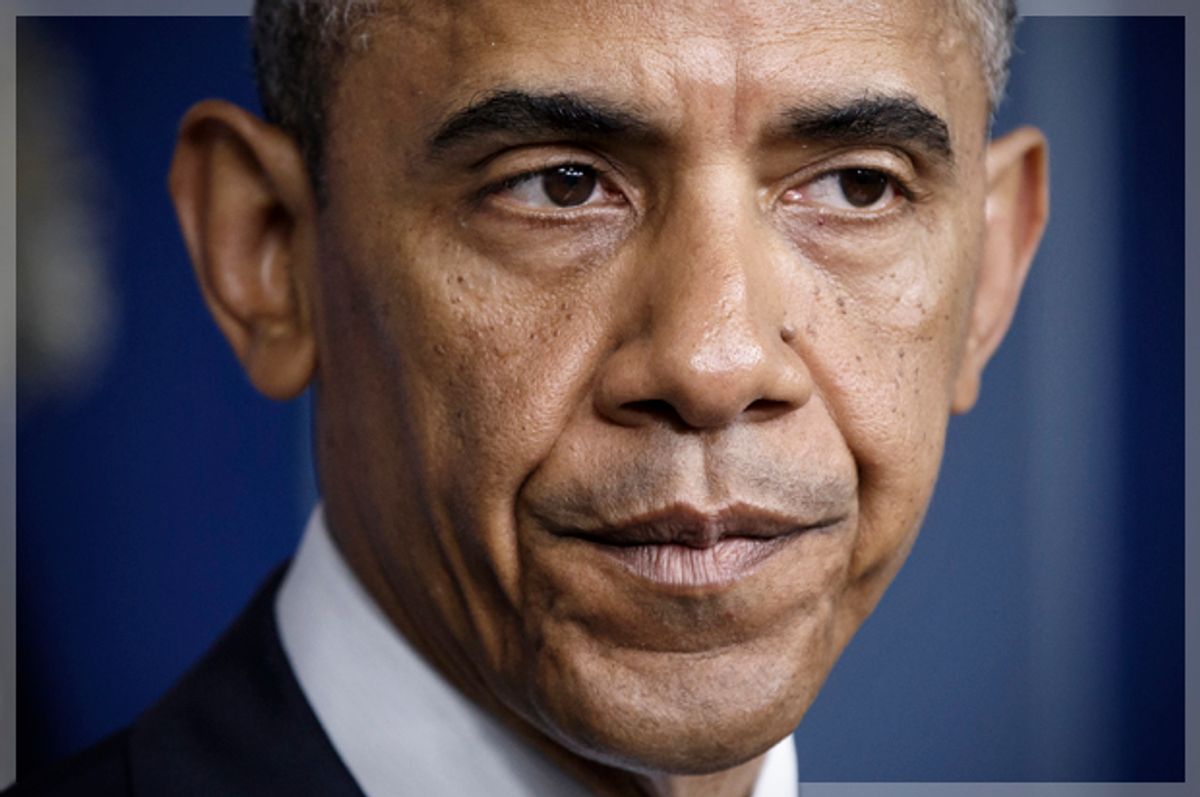 The reaction to President Barack Obama's announcement that the United States accidentally killed two al Qaeda hostages in a drone strike earlier this year has been swift and cynical.

And right on cue:

Most of the reactions, however, were full of outrage -- albeit for different reasons depending on which side of the political spectrum the person reacting falls on.

Glenn Greenwald made a point:

But others were less inclined to be civil making it:

Some found what Obama didn't say as significant as what he did:

While others noted the difficulty in programming advertising around announcements such as these: