Sean Hannity called out for Islamophobic questions: "Shame on you for asking every Muslim what he thinks of terrorism"

"No shame on me," Hannity replied. "I'm allowed to ask any question I want." 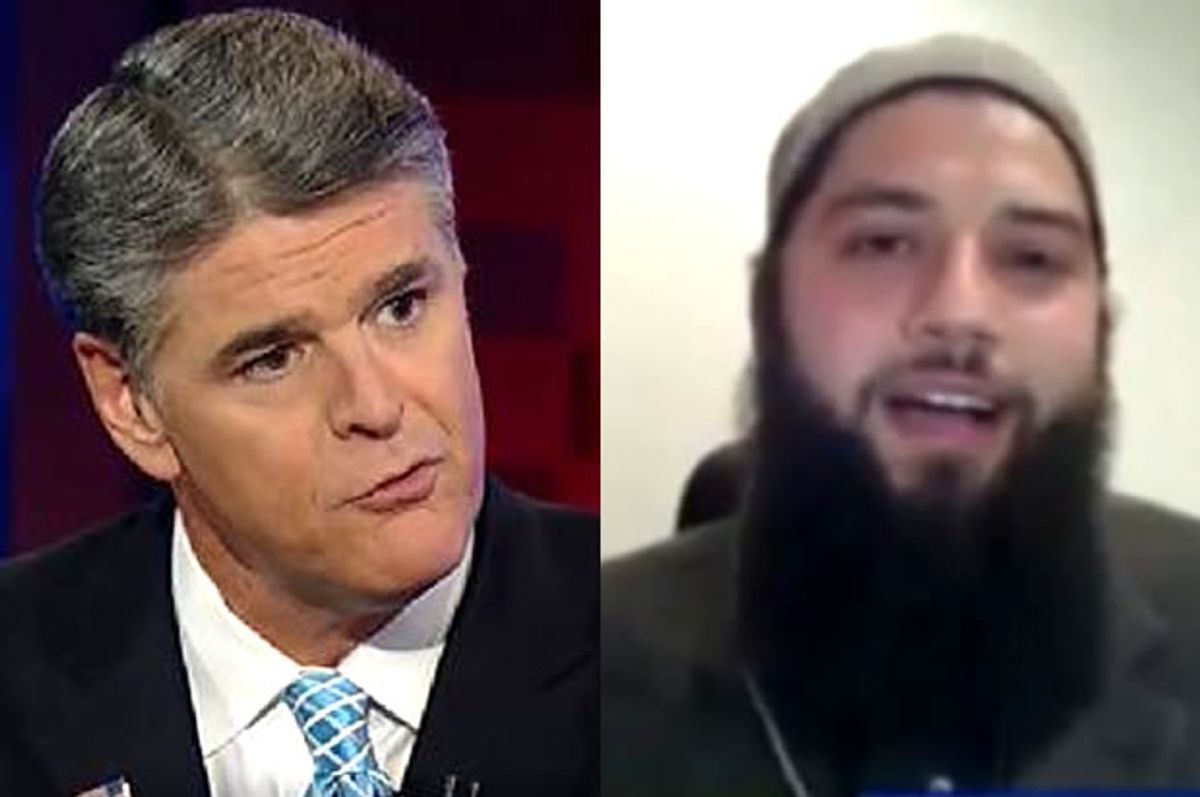 Last night, Sean Hannity decided that because he was speaking to a Muslim, he had no choice but to grill him about Hamas being a terrorist organization.

Hannity had invited Hassan Shibly, the executive director of the Council on American-Islamic Relations (CAIR) Florida, on the show to discuss college student Hoda Muthana's decision to drop out of school to join ISIS.

Shibly said that he can't even imagine how painful it must be for her family to have lost their daughter to the Islamic State's "brainwashing and recruitment." He characterized ISIS as a "violent, extremist gang of monsters," but apparently that denunciation wasn't strong enough, because Hannity immediately turned on Shibly.

"Why is CAIR even involved at all?" he asked, considering that -- according to Hannity -- the organization is an "unindicted co-conspirator" in the case against the Holy Land Foundation that resulted in five convictions related to funneling over $12 million to Hamas.

When Shibly suggested that they not change the subject, Hannity shot back, "I'll ask any question I want, this is my show."

Shibly said that CAIR was involved because Muthana's father had attended a lecture he had given on delegitimizing violent extremist groups like ISIS.

"What do you think about Hamas?" Hannity asked, ignoring Shibly's response to his first question. "Their charter calls for the destruction of Israel. Is Hamas a terrorist organization?"

Shibly laughed and implored Hannity to bring on an expert in Islamic terrorism if he wanted to talk about religious extremism, because "I'm here as a representative of Muthana's family. Shame on you for just asking every Muslim what he thinks of terrorist organizations."

"There's no shame on me," Hannity replied, "I'm allowed to ask any question I want." He then had Shibly's microphone cut and moved on to his next guest.