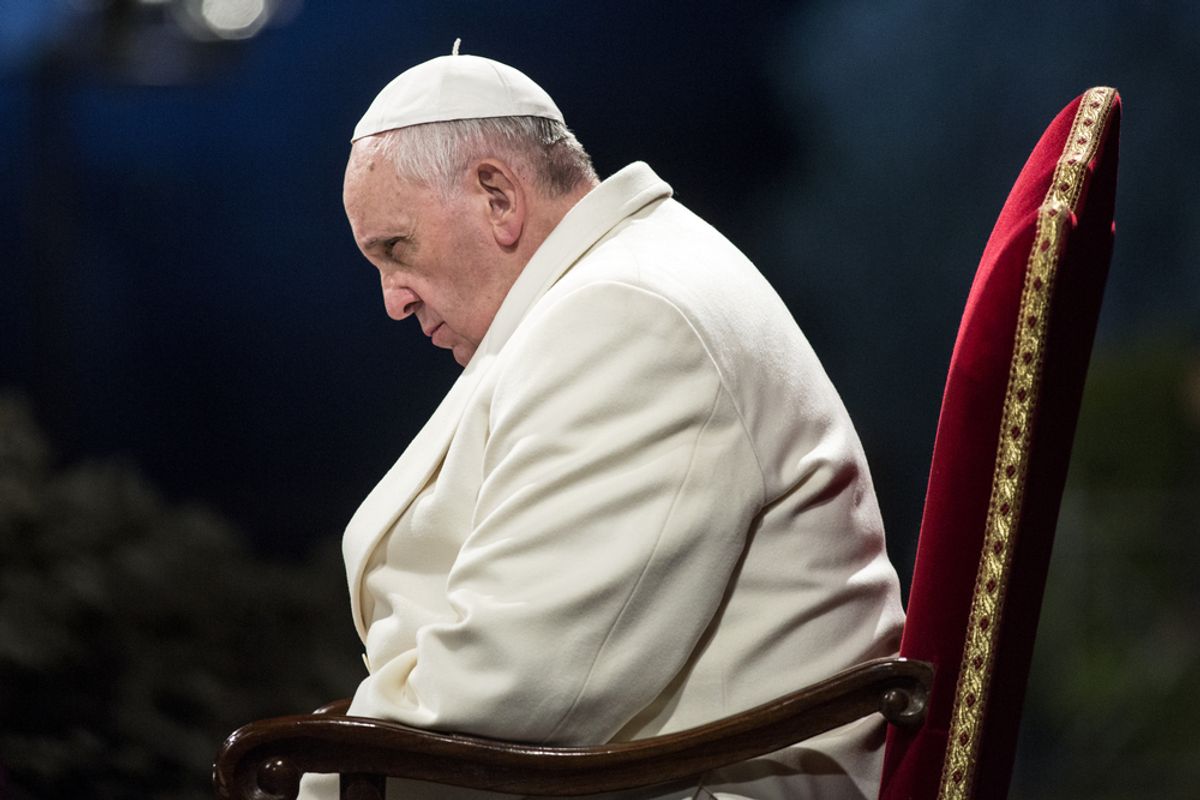 You'll never guess what crazy shenanigans the folks at the climate denying Heartland Institute -- I'm sorry, I meant to say "the world’s leading think tank promoting scientific skepticism about man-caused global warming" -- are up to now.

According to their latest press release, the crew is heading to Rome, to "advise Pope Francis on climate policy." Yes, that's actually how they put it. It seems the Pope's upcoming encyclical on climate action is rubbing the group the wrong way, probably because he's expected to argue, at a Vatican summit next week, that reducing greenhouse gas emissions is a moral and religious imperative. It's a statement that's going to be hard for Christians to ignore, which is why it's up to Heartland's anti-science "real scientists" to show the Pope the error of his ways before it's too late.

“The Holy Father is being misled by ‘experts’ at the United Nations who have proven unworthy of his trust,” Heartland Institute President Joseph Bast said in a statement. “Humans are not causing a climate crisis on God’s Green Earth -- in fact, they are fulfilling their Biblical duty to protect and use it for the benefit of humanity." Did you hear that, Your Holiness? The overwhelming majority of scientists are wrong about climate change, and you don't understand the bible.

"Though Pope Francis’s heart is surely in the right place," Bast continued, "he would do his flock and the world a disservice by putting his moral authority behind the United Nations’ unscientific agenda on the climate."

“People of all faiths have a moral calling to continually seek the truth. That is why Heartland is sending a contingent of real scientists to Rome next week. We are bringing the Vatican a message of truth for all with open ears: The science is not settled, and global warming is not a crisis. The world’s poor will suffer horribly if reliable energy -- the engine of prosperity and a better life -- is made more expensive and less reliable by the decree of global planners.”

This won't be the first time the Pope has spoken out about climate change and the importance of environmental stewardship. “We have, in a sense, lorded it over nature, over Sister Earth, over Mother Earth,” he told reporters in January. “I think man has gone too far. Thank God that today there are voices that are speaking out about this.”