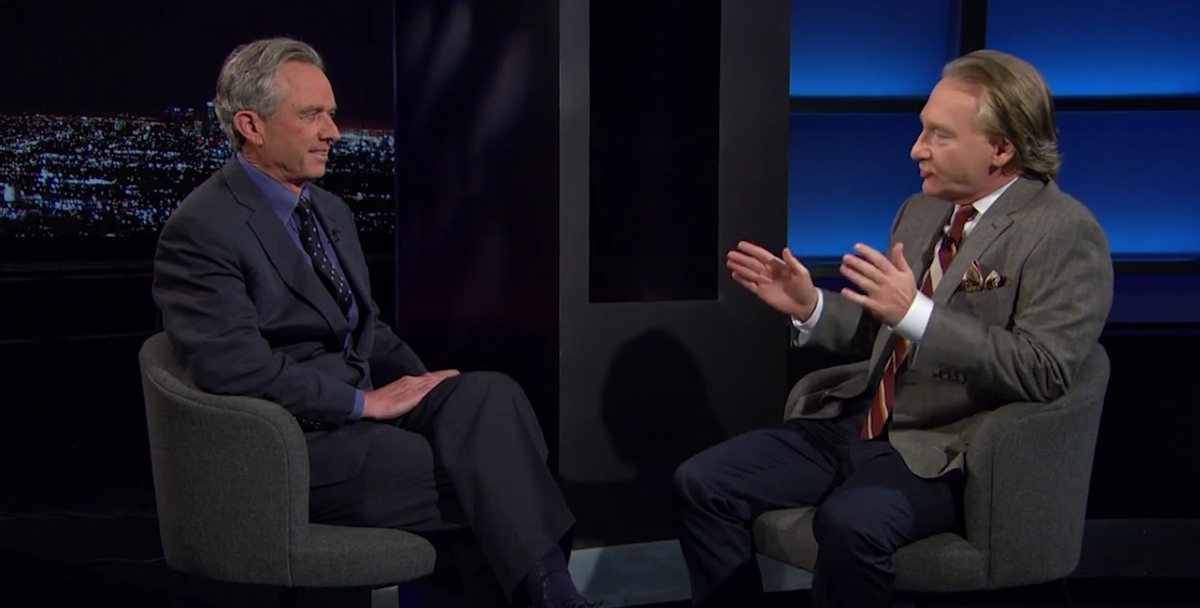 Noted anti-vaxxer and Holocaust-analogy enthusiast Robert F. Kennedy Jr. joined "Real Time with Bill Maher" Friday night. He was likely there to get some new eyeballs on his book "Let the Science Speak" but left with more than that: a new BFF, Bill Maher. The two kindred spirits took turns tearing into the "liberal hypocrisy" over vaccinations.

First, though, something weird happened: Kennedy Jr. confessed to being "very pro-vaccine." “I had all my kids vaccinated and want to see government policies promoting full-coverage vaccines," he said. "The only way to do that is to have safe vaccines, and to have a credible regulatory process with regulators with integrity, and we don’t have that today.”

"Why can’t we have a kind of grand bargain on this?" Maher chimed in. "It just seems like we’re calling each other kooks and liars. It seems like common sense that vaccines, even thimerosal, probably don’t hurt most people -- if they did, we’d all be dead, because they’re in a lot of vaccines that we all took -- but some do. Obviously some minority gets hurt by this stuff. I don’t understand why this is controversial? Why we have this emotional debate about something that-- there is science there. It astounds me that liberals, who are always suspicious of corporations… and defending minorities, somehow when it comes to this minority that’s hurt, it’s like, ‘You know what? Shut the fuck up and let me take every vaccine that Merck wants to shove down my throat.’”