A comedian blows the whistle on a 2-way mirror in a bar bathroom, and the bar owner refuses to budge 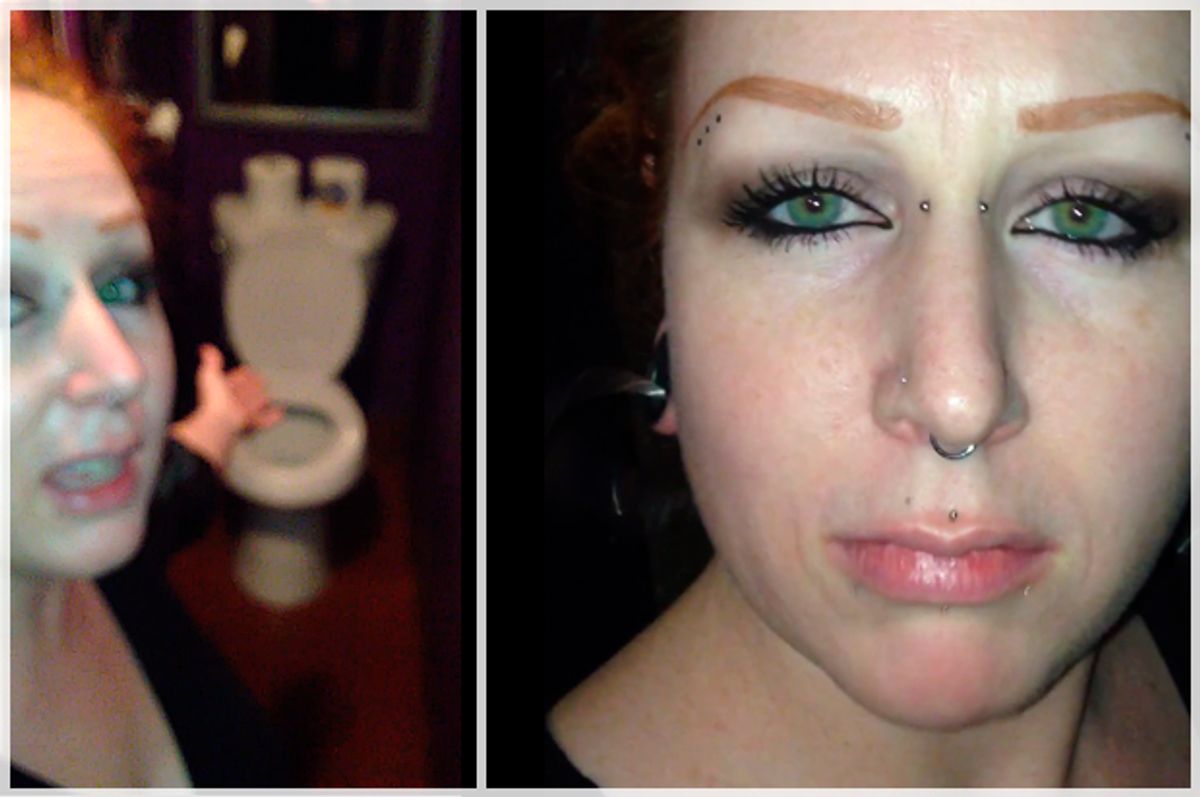 Next time you're passing through the Chicago-area town of Berwyn, you might want to stop by the "BBQ Lounge" known as Cigars and Stripes. Come for the legendary wings! Stay for the possibility that someone may be watching you pee!

In a video posted Sunday by a comic named Tamale Rocks, the entertainer explains how she'd been "performing in a bar tonight, doing some comedy" when she noticed "something a little strange" about the mirror directly opposite the lady's toilet in the restroom. She then opens the door it's hanging on to reveal a small utility closet. But the odd part is that when she shows the closet door from the inside, it's been cut out — and the mirror over it is a two-way one with a clear view of the can.

Early Monday, Jezebel's Karyn Polewaczyk reached out to the establishment for an explanation, and according to her transcript, she got quite the earful. Polewaczyk spoke with someone who identified himself as owner Ronnie Lotz, who quickly confirmed that "Yes, absolutely: we have a two-way mirror in there, yes, yes; we’ve had it since 2001." He went on explain that "I will burn this f__king place to the ground before I get rid of that mirror. Do you know how much joy that mirror has brought to us? We’re synonymous with Halloween. We do a freaky family fun day, and all the kids look in the mirror. This is a fun house, honey, and if you don’t like the two-way mirror, go f__k yourself." He added that "It’s old news; the door is open; it’s for Halloween. We used to hang a witch’s head in there so that the girls would pee, and they’d look into a dingy closet and be all weirded out. We specialize in making people feel very uncomfortable. It’s why we’re successful today. If you get it, you get it. If you don’t, stay home." He also, in the span of what appears to have been a brief conversation, referred to his chicken wings four times.

Cigars and Stripes seems to be quite proud of its unique restroom facilities — and it is refreshing to see someone so stalwartly refuse to be publicly shamed for a little something like a two-way mirror in the loo. The bar has now linked to the Jezebel story on its Facebook page, where fans claim "We've known about it for years, and if anyone has a problem with it, they are free to go elsewhere" — although another female commenter says, "I used to work there. A two way mirror in the bathroom is the last thing you have to worry about." Another adds, "I've been in there a million times & never saw the door in there open. I had no idea it was a two-way mirror."

Mr. Lotz may hold that the mirror is all in good fun and meant as a spooky stunt, but it's safe to say that most people, when they sit on a toilet, do so with the expectation that no one might be watching them. California penal code explicitly states that "Any person who installs or who maintains after April 1, 1970, any two-way mirror permitting observation of any restroom, toilet, bathroom, washroom, shower, locker room, fitting room, motel room, or hotel room, is guilty of a misdemeanor," and other states, including New York and Massachusetts, have similar statutes regarding surveillance  In Illinois, however, the law is a little murkier. In 2000, retailers defended their right to monitor shoppers even in dressing rooms -- as long as the surveillance was clearly disclosed. But Illinois  also appears to uphold common laws about "unreasonable intrusion upon the seclusion of another." As Digital Media Law explains, "Generally speaking, if you've intruded into someone's seclusion in a place they expect privacy (e.g., a bathroom or their bedroom) or while they are engaged in an activity that most reasonable people would expect to be private (e.g., intimate contact with another) this element will be met."

Maybe nobody's ever happened to be hanging out in that restroom closet while a female patron decided to take a whiz. But when I go to the ladies', I assume that the mirrors are one-way and affixed to solid walls and doors. And if that's not the case, that's not some local, insider information that I don't deserve to know. By all accounts, the wings at Cigars and Stripes are legendary and award-winning, and good for them. Lotz says simply that "This woman is looking for a viral video. There’s a big movement in reality TV to be outraged about feminism." But now there's a big movement on Yelp to be outraged about two-way mirrors in the restroom. So good luck with all your new reviewers and possibly the law, sir. You're going to need it.