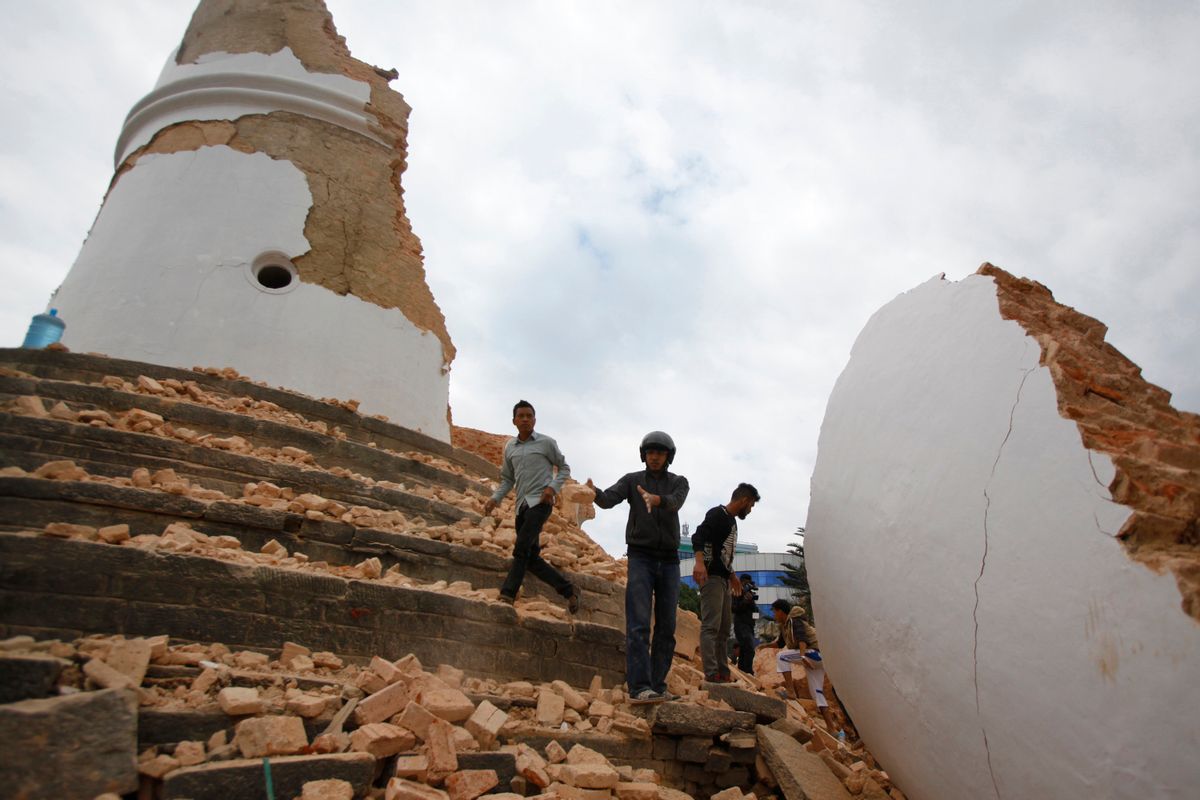 In a photo taken the day before the quake, a kumari, or a pre-pubescent girl considered to be incarnations of Hindu goddesses, adjusted her ornament during a festival in Nepal.

Pro-democracy lawmakers in Hong Kong left placards with yellow Xs on their desks after walking out of the legislative chamber to protest political reform proposals they view as restrictive.

In other images from Asia last week, Honda displayed its sleek new business jet in Tokyo. The HondaJet is the culmination of founder Soichiro Honda's longtime dream to have a plane in the automaker's lineup.

In the world of sports, Bangladeshi teammates bumped chests in the air to celebrate in a match against Pakistan in their Twenty20 competition.