Bruce Jenner is a hero to late bloomers everywhere

At 65, the Olympic hero shows it's never too late to transform 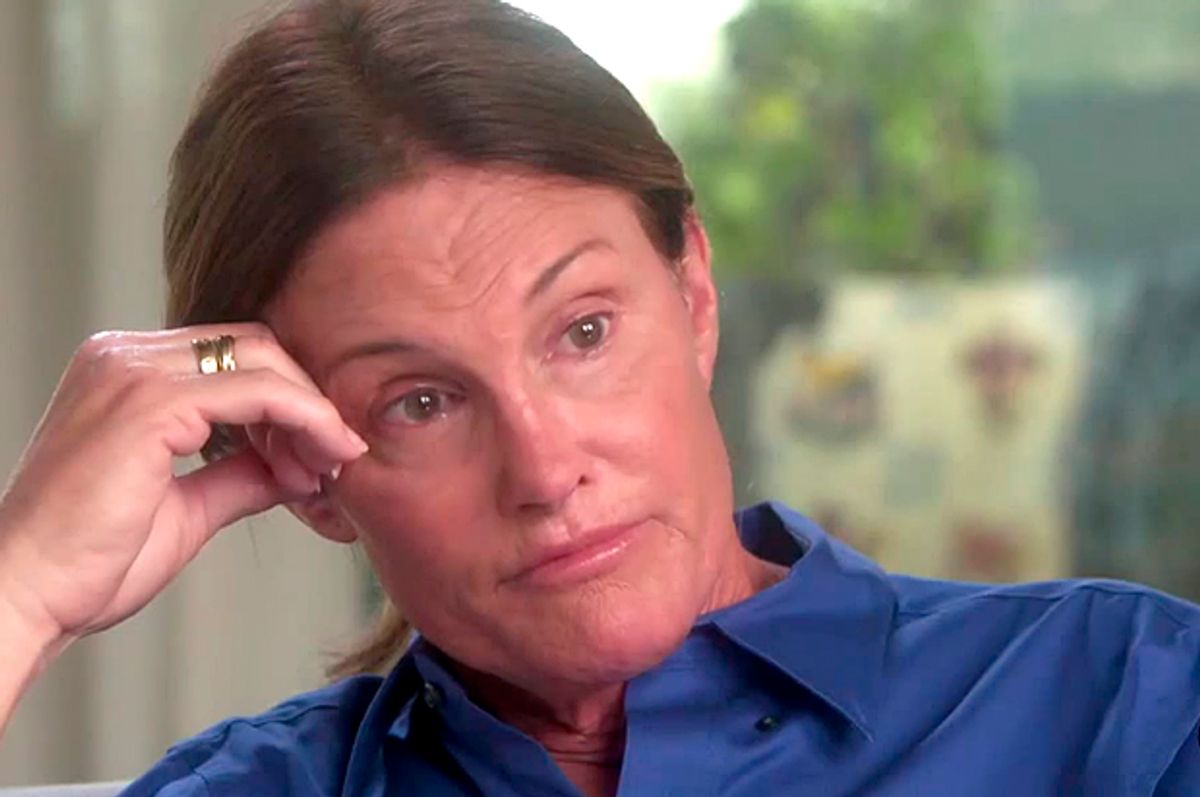 Let the past few days serve as an educational opportunity and a reminder human beings don't slink off to oblivion somewhere around age 40. First, there was the shocking news that at age 50, Sandra Bullock is still considered in many circles a beautiful, fascinating woman. Then, even more significantly, there was the long anticipated revelation from Olympic gold medalist and reality star Bruce Jenner that at 65, "For all intents and purposes, I’m a woman" — and is now moving forward on living publicly as one. Who cares how many decades it takes to get to the destination, as long as it's where you want to go?

Though Jenner says his (in his Friday ABC interview with Diane Sawyer, he referred to himself as female but used masculine pronouns to self-identify) journey of gender identity self-acceptance began in childhood, he also acknowledged that this is the year that's "going to be quite a ride." And the fact that a person could experience such profound growth and transformation at an age when we generally associate with being put out to pasture is — even with all the love and encouragement Jenner is now receiving — a tough concept for some people to grasp. Before the interview aired, Dr. Phil appeared on Jimmy Kimmel's show to imagine what it'd have been like if he'd landed that exclusive instead of Sawyer, and said, "If it’s what you wanna do, do it! What the hell does it matter what anyone else thinks?" But then he felt compelled to add, "I guess we’d spend the next hour and 59 minutes saying, 'You’re almost 80 — what’s the point?' He’s kind of past his prime for like …. right?" And even in the midst of an otherwise very sensitive interview, Diane Sawyer couldn't help pushing the "Why now?" question too, asking, "You're looking forward to this?… You know, waiting till you're 65, you missed the good part. You hit the pantsuit part." Jenner, by the way, then cooly appraised Sawyer's ensemble and replied, "I know, I know. And the black shoes and the black pants with the white shirt." But during the interview, Jenner also quite beautifully explained, "If I die, which, I could be diagnosed next week with cancer -- and boom you’re gone, I would be so mad at myself that I didn’t explore that side of me. You know? And I don’t want that to happen." Jenner could also live another twenty years — why not live them as authentically and satisfyingly as possible? Why stay stuck? Why would anyone ever decide, I can't be anything other than what I've already been?

Jenner's brave example is not just applicable to the transgender community. It's about so much more. It's about staying flexible and adaptable -- something we all can put into practice. Five years ago, when Al and Tipper Gore split, there were plenty of murmurs of shock that two people in their sixties might decide to divorce. Author Dan Kennedy asked at the time, "Unless your spouse drinks nightly with their hand on a gun, why the fck do you get divorced at age 62 after 40 years together?" And when my own marriage was imploding around the same time, I had people I thought were my friends react similarly, telling me that I'd been in the relationship for so long, why not just stick it out? Because sure, why not live the second half of your life in something that's not working because of a decision you made when you were 24?

Whether it's career or love or gender or location, our older selves are not prisoners of the paths our younger selves took. There is so much in this world to explore, more than enough to fill an average lifetime. Julia Child was 49 when " Mastering the Art of French Cooking" became a hit. Frank McCourt won the Pulitzer for his first book, "Angela's Ashes," when he was 67. Christopher Plummer got his first Oscar at 82. This weekend, two friends of mine posted videos on Facebook of their family members at their piano recitals. One friend was sharing a clip of her 11 year-old daughter. The other was of her mother, giving her first performance. They were both beautiful. Change is hard. It's really hard. That doesn't mean it stops happening when you're 30. And it doesn't mean that you can't learn or grow or explore just because you're a member of the AARP. Jenner hasn't missed "the good part" at all. The good part is right now.