This "drunken" Dave Chappelle performance is tearing the Internet apart 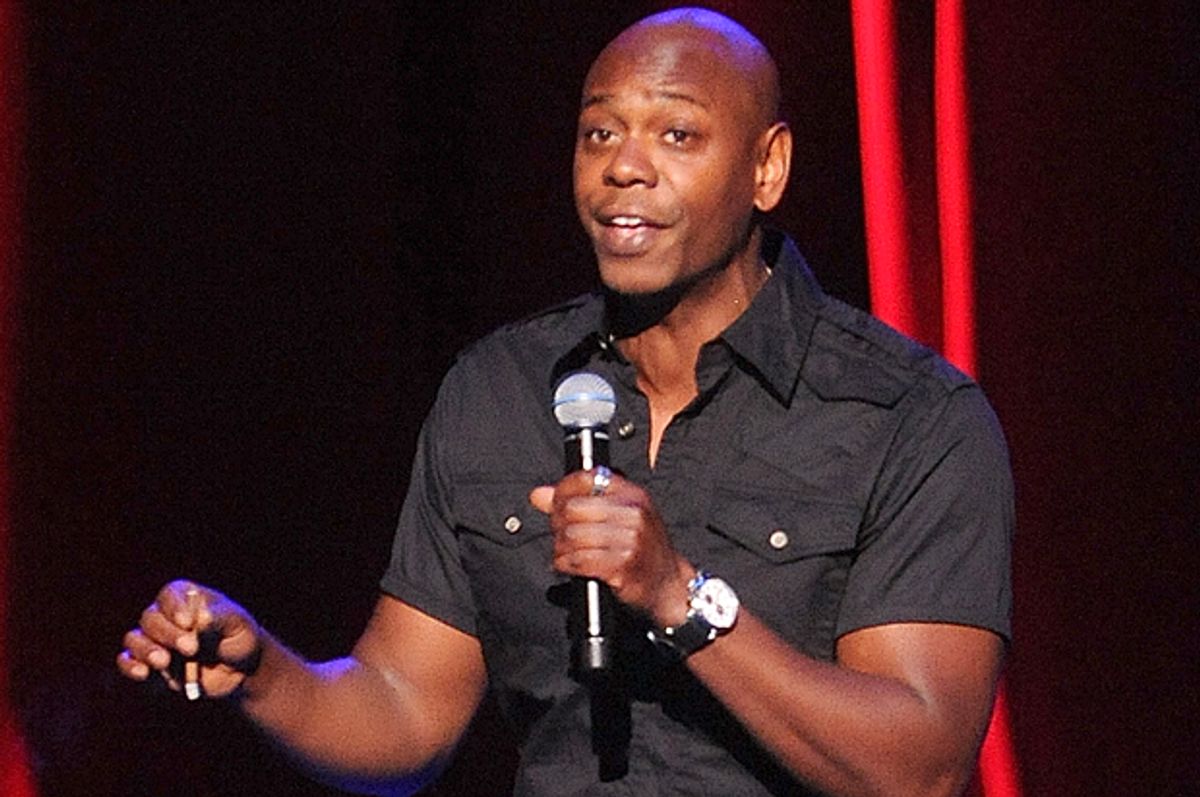 You never quite know what you're going to get with a Dave Chappelle set. A heated walk-off? "Polished, calm, cool" delivery? One thing attendees of the comedian's second Detroit set from Thursday were certainly not expecting: a “drunken catastrophe.” Or at least that's how TMZ is describing the footage leaked from the performance and posted to their website Saturday.

An unnamed representative told TMZ that his performance from that night was "definitely not his best" of the 50 shows from his comeback tour. If the footage is any metric -- Chappelle fans in attendance that night would likely agree. The video features a storm of audible boos as Chappelle rambles: "Well, sir, it's a little late for that. Right now I've got to get off stage because it's 2 o'clock in the morning."

Tickets to the Detroit shows sold for upwards of $240 so it goes without saying that many are demanding refunds. A spokesperson for Fillmore told TMZ that the venue is "not responsible for artists' content" and will not be honoring the countless requests.

Watch the set via TMZ below: