Alliance of Baltimore street gangs: There is no conspiracy to attack the police 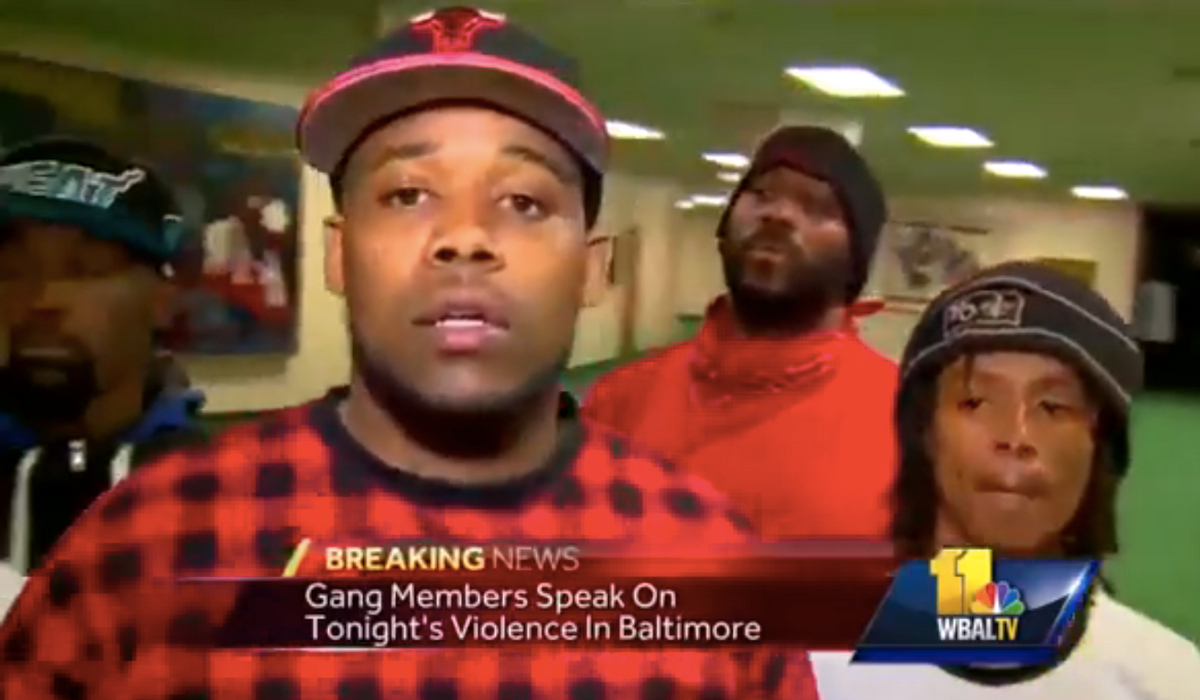 Members of an alliance formed between rival street gangs say that -- contrary to what some on the right are saying -- there is no inter-gang alliance against the police.

Baltimore's WBAL-TV met up with a delegation composed of members of the Bloods, the Crips, and the Black Guerrilla Family (BFG) -- an alliance they say is dedicated to stopping the violence in Baltimore's streets, not spreading it.

"We want to tell the people of Baltimore city right now," said a spokesman to WBAL, "that the image that they're trying to portray of the gangs in Baltimore...we did not make that truce to harm cops. We did not come together against the cops. We're not gonna allow y'all to paint this picture of us."

He went on to explain that his "soldiers" have been attacked and injured as they have tried to protect their fellow residents from harm and stop the spread of violence.

"They threw bombs at us for trying to stop what's going on right now," he said, wearing the red colors of the Bloods.

"We want justice for Freddie Gray," he said.

The New York Post claimed on Monday that street gangs had formed an alliance determined to "take out" cops in return for decades of violence against blacks in the city.

The National Rifle Association (NRA) is claiming on Facebook and in fundraising emails that street gangs have taken over the city and only heroic patriots armed with shotguns are able to impose order while the police cower helplessly in the face of the violent hordes.

One of the members of the gang delegation told WBAL that this couldn't be further from the truth.

"We've been out here all day," he said, "trying to keep people from breaking into stores. They hit us with a bomb."

"We just want them to stop hurting us," he said, "so we can live our life and keep going."

Watch video of the meeting, embedded below via WBAL: