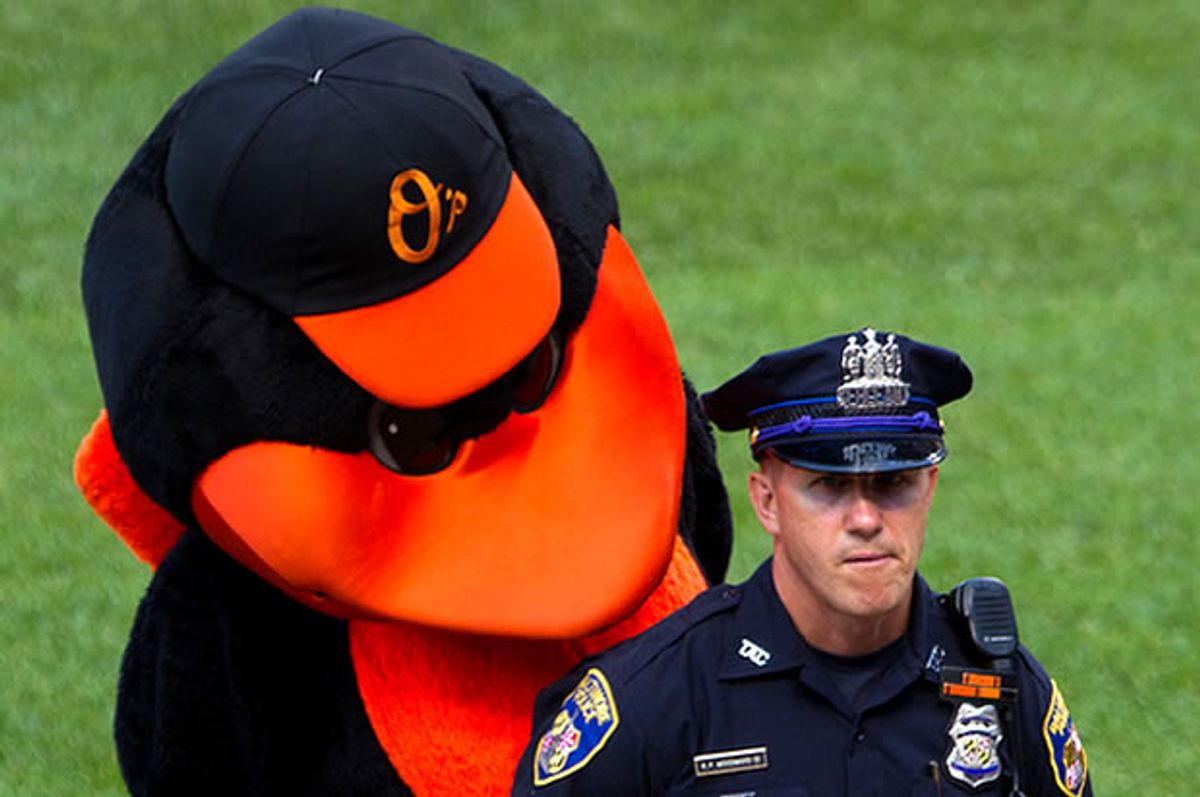 When the Baltimore Orioles face the Chicago White Sox tomorrow, they will not be doing so before 45,000 screaming fans, but to an empty Camden Yards, as the team announced that due to civil unrest in the city, the game would be closed to the public.

The club also announced that it would be moving its next series against the Tampa Bay Rays to Tropicana Field. The decision to play before an empty stadium is highly unusual -- perhaps unprecedented -- in major American sports, but it is actually fairly common for the rest of the world.

Typically, however, the decision is imposed on a club by league officials as a means of punishing fans for being racist, as UEFA did to CSKA Moscow's fans last October.

Sports journalist John Ourand spoke to Major League Baseball Commissioner Rob Manfred, who said that the decision was made "in the best interest of fan safety and the deployment of [Baltimore's] resources" in order to "minimize safety concerns."

Read the entire announcement below via the Baltimore Orioles on Twitter.