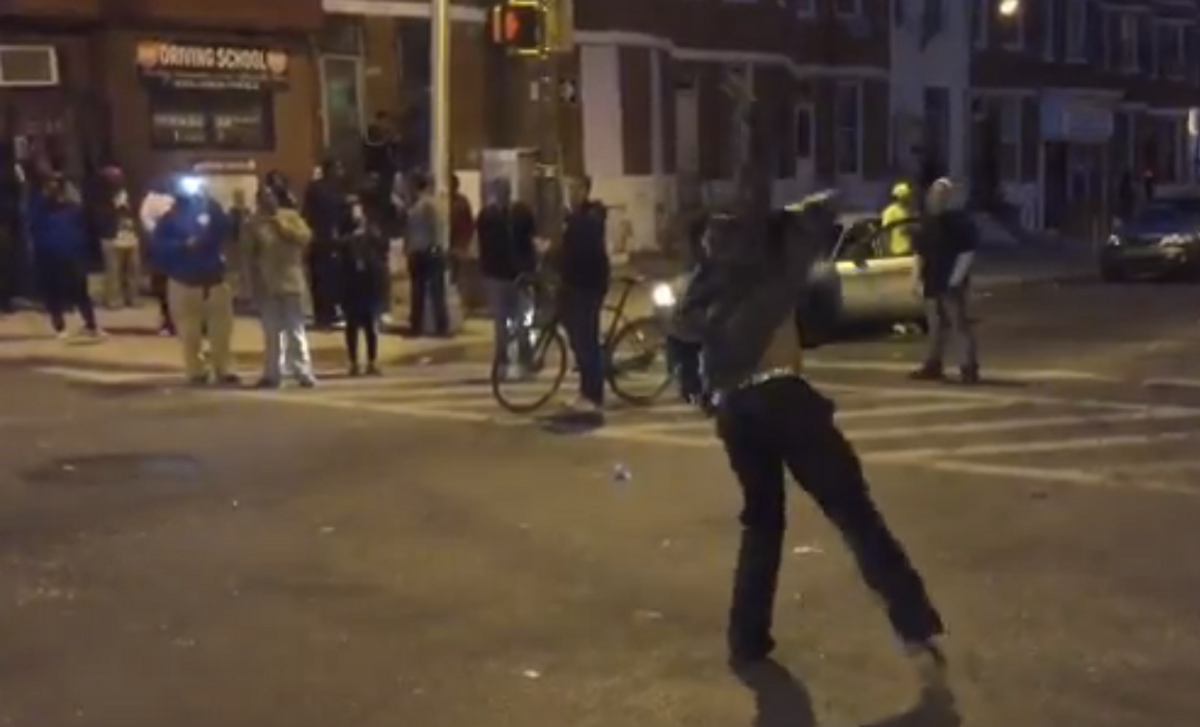 Amid mounting violence in Baltimore Monday, one demonstrator by the name of Dimitri Reeves found surprising resonance in the classic tune "Beat It" by Michael Jackson.  NBC reporter Shomari Stone was one of the first to discover the source of the classic tune: A Michael Jackson impersonator -- equipped with high-water pants and all the right moves -- who'd hopped on top of a truck and was performing before a group of police officers in riot gear.

"You're playin' with your life. This ain't no truth or dare. They'll kick you, then they beat you, then they'll tell you it's fair. So beat it."

One Twitter user noted that the music came on right after police rushed the scene with pepper spray and that it instantly "changed the whole vibe," disarming police intimidation. She posted her own footage of the performance:

The Internet quickly became inundated with phone-captured video footage of the King of Pop impersonator as the night progressed: