Dr. Phil lectures Baltimore protesters: "Where are their parents?" 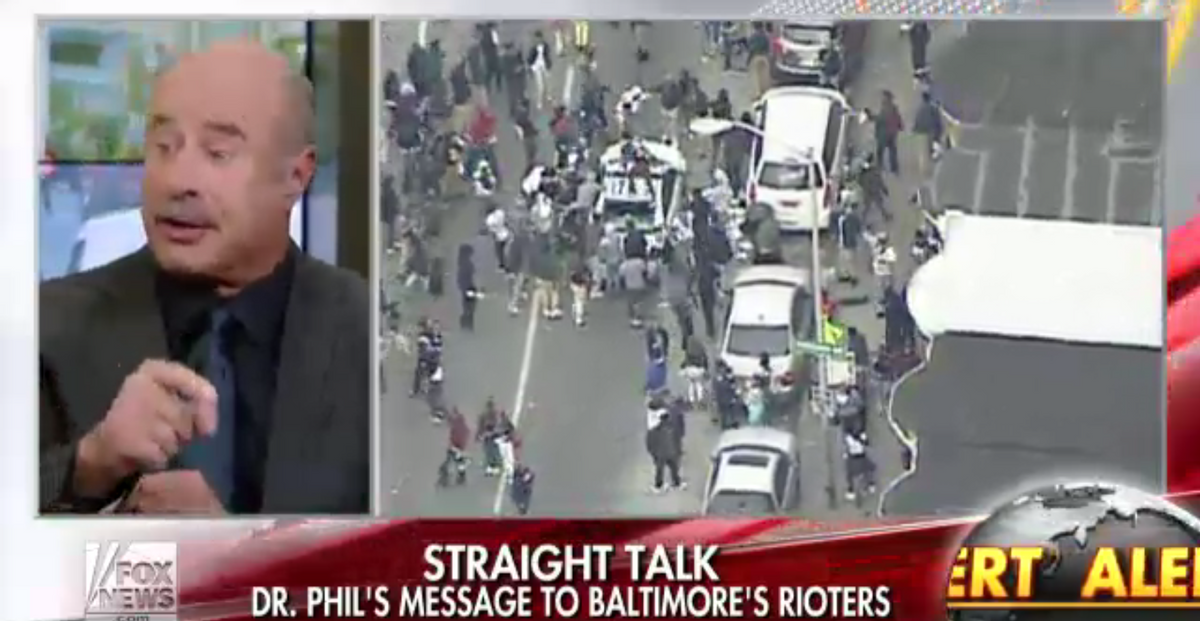 Dr. Phil McGraw (better known simply as "Dr. Phil") is not a licensed psychologist. And he hasn't been since his Texas license expired in 2006. But for some reason, he still has a highly rated daytime talk show, and Fox News thinks he is qualified to talk some sense into Baltimore protesters.

On Tuesday morning, "Fox & Friends" spoke with McGraw about "the sense of values and character" that modern Baltimore youths lack.

Look, I'm sitting here, an old white guy -- I can't say I know how these young people feel. I get that," McGraw said.

"How do you get into the mindset of the looters, the rioters?" asked co-host Elisabeth Hasselbeck. "What do you say to them?"

McGraw then surprised the hosts by noting that inner city kids have a harder time getting ahead than white kids who grew up in the suburbs.