Fox guest to Megyn Kelly: Martin Luther King Jr. is "spinning in his grave" over #BlackLivesMatter

"There's an almost infantile urge to get what they want and get it now, on the part of the protesters," Hicks said 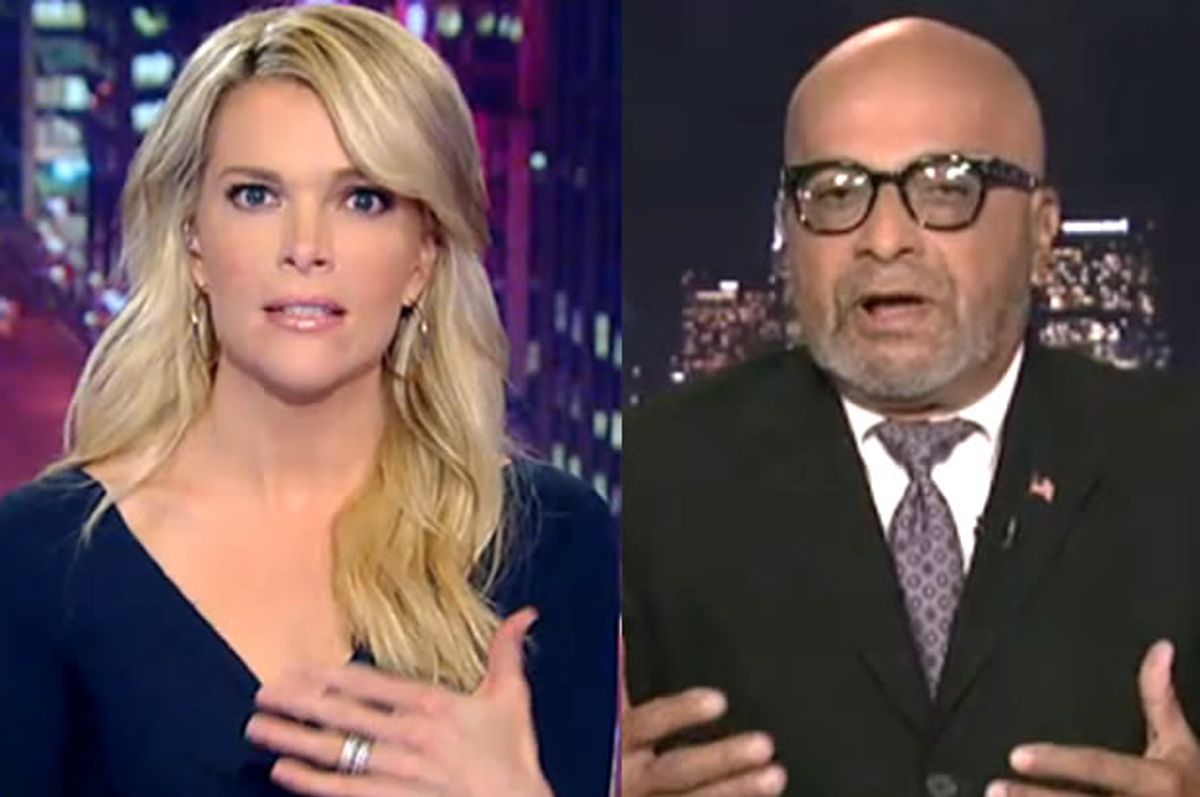 On "The Kelly File" last night, host Megyn Kelly discussed the protests -- or "riots," as they are being referred to on Fox News -- sparked by the death of Freddie Gray with a conservative civil rights "leader" who blamed the violence not on the police, but on the protesters for not having a clearly outlined set of complaints.

Kelly spoke to Joe Hicks, who said of protests against police brutality like those in Ferguson, Missouri and Baltimore, Maryland that "it's got to have people like Dr. [Martin Luther] King spinning in their graves to hear people describing this as some sort of movement."

"Why?" Kelly asked, "because we hear that 'black lives matter,' and folks see every week they see another black man shot by a cop." She noted that, in the two recent incidents that were captured on video, the officers involved were charged.

"There's a certain amount of justifiable outrage over the killing of Freddie Gray," Hicks replied, "because it's a very mysterious and bizarre circumstance. Obviously the man didn't break his own neck -- so then, there's clearly incidents here that we need to get more information about."

"But," he continued, "there's an almost infantile urge to get what they want and get it now, on the part of the protesters...but there's an expectation here that they're somehow the front of a new civil rights movement. That's outrageous!"

Hicks and Kelly then compared these protesters, unfavorably, to those who participated in the Civil Rights movement of the 1960s. Hicks claimed that there was only violence and looting -- on the part of black protesters -- during "the long, hot summers of the 1960s, where you did have a number of these riots" in Los Angeles, Detroit, Chicago, and Washington D.C. and, Hicks said, "almost every major urban area."

But, he contended, those riots were different because they happened after the Civil Rights Act of 1965. "They were after something very different," he claimed, "but these protesters are very different." They say they want jobs, "but they're burning down places that could offer them jobs."

"After a black president and a black attorney general," Hicks said, "you have these thugs in the street who create a real issue for race relations."

Watch the entire conversation on "The Kelly File" below via Fox News.