Bakeries and pizza places, step aside -- a new ruling tests the limits of saying no 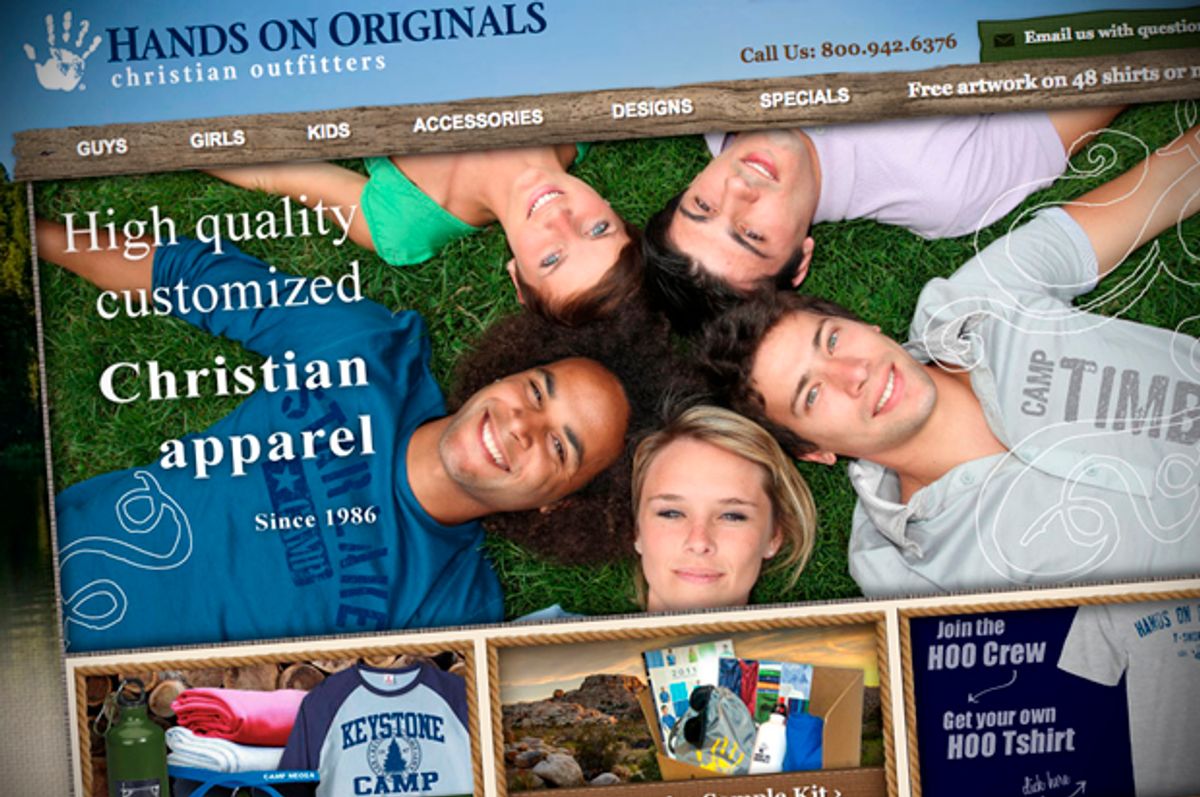 Battles over cakes are so 2013. Pizza? So last month. The newest terrain to test the tension between the right of one to be served and the right of another to refuse service, aka the 'Christian businesses vs. the gay customers showdown,' is in the land of T-shirt vendors. A Kentucky based Christian apparel company has won the right this week to say no to printing shirts celebrating gay pride.

As UPI explains the backstory, back in 2012, Lexington's Gay and Lesbian Services Organization tried to place an order with self-proclaimed "Christian outfitters" Hands on Originals. The company's Blythe Anderson turned the GLSO down "because the shirt had 'Lexington Pride Festival' and had a list of sponsors on the back. Adamson claimed the message conflicted with his and the company's beliefs." The organization then complained to the Lexington-Fayette Urban County Human Rights Commission, which ruled in its favor. But on Monday Fayette Circuit Court Judge James D. Ishmael reversed it, saying, "This Court does not fault the Commission in its interest in insuring citizens have equal access to services but that is not what this case is all about…. The well established Constitutional rights of HOO and its owners on this issue is well settled." And he noted that the company has also turned down client work for "a strip club, pens promoting a sexually explicit video, and shirts containing a violence related message." Hands On, meanwhile, says that it "both employs and conducts business with people of all genders, races, religions, sexual preferences, and national origins. However, due to the promotional nature of our products, it is the prerogative of Hands On Originals to refuse any order that would endorse positions that conflict with the convictions of the ownership."

I generally recoil from situations in which organizations with names like The Family Foundation of Kentucky get to issue statements that "We are pleased to see some courts are still acknowledging the First Amendment's right to religious freedom. And that the 'PC police' are not quite powerful enough to convince courts that it doesn't exist." My alliances are with organizations like GLSO, which, in its statement this week, expressed disappointment with this development and vowed a continued march toward "equality for all." And it's difficult to understand how the shirt in question, bearing the words "Lexington Pride Festival," could have given such strong offense.

But I also maintain that making people do work for hire sets a very bad precedent for all independent contractors. And these continued tests — I don't think that GLSO just randomly picked Hands On as their preferred T-shirt vendor for no reason — are not winning any idealogical arguments. Instead, they just seem to deteriorate into crowdfunding and Satan blaming. That's not how we advance the conversation.

If a baker or a florist or shirt company wants to turn down legitimate work from paying customers who want to celebrate their love and pride, I say, let them. Who wants a cake or a bouquet tainted with coercion and ill-will anyway? Wouldn't you prefer to give your business to someone who understands how to be happy for you, and do a good job for the client? Who wants to share in your joy? By the same token, as a Colorado case earlier this year showed, you wouldn't want to force someone to decorate a cake with the words "God hates gays," right? And there is a huge difference between a vendor rejecting a T-shirt design and, say, a doctor refusing a patient because the child has gay parents.

Our power as consumers is in who do choose to support, and in where we invest our money and patronage. Yet the fight over who has the right to say no, and to what, is not going away any time soon. Lexington Human Rights Commission executive director Ray Sexton says the latest ruling will likely be appealed, noting the decision "is nothing we weren't prepared for at the very beginning."