“Southerners were white,” and “Negroes were Negroes”: How a people’s past shapes the present

From both sides of the color line in Mississippi, I learned how little we know of each other's history 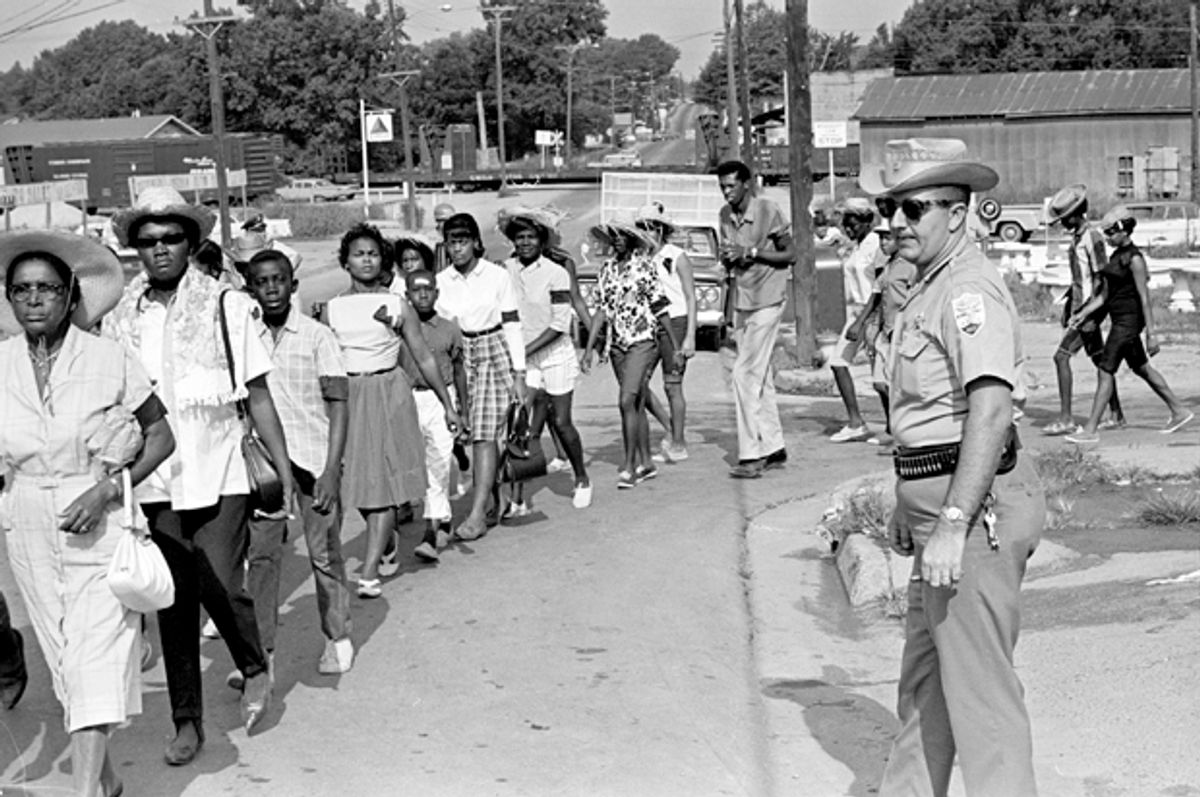 In Toni Morrison’s most recent novel, “God Help the Child,” Booker, the leading male character, tells his color-conscious “blue-black” girlfriend that race is “just a color ...  Scientifically, there’s no such thing as race.” Nevertheless, Morrison makes the theme of the novel the implications of race, disguised mostly as a story about child abuse.  For most Americans, black and white, blackness is remembered as a remnant of slavery and Jim Crow discrimination, a legacy from a historical time long gone, that has had an enduring, too often violent, impact on the present, as in Ferguson, Missouri, and Baltimore, Maryland.  Because this country has elected an African-American president, it is easy for those who choose to dismiss race as a social signifier to say, “We don’t do racism anymore.”

In the late 1970s, when my blond 5-year old son was getting ready to enter kindergarten, he happened to see on television black parents and children engaged in a schools protest with officials in Chicago, and he asked me, “Mommy, what color am I?”  It is not a question most black children would ask, since they know from earliest childhood what it means to be black in America.  My son’s question was influenced by the environment of white privilege that pervades our society.  Booker’s girlfriend in Morrison’s book, matured into a beautiful, professionally successful woman called Bride, was so black when she was born that she scared her mother. Her light-skinned mother didn’t want to touch her or be seen with her, and her father deserted her. Her parents, as Morrison describes them, are color-struck, as is the rest of America, the baby girl so denied of love and acceptance that she was willing to do extremely desperate things just to get her mother to hold her hand.  The metaphor of blackness here is symbolic of how a people’s past shapes the present.

I learned that lesson — about memory’s influence on the present -- from both sides of the color line as I pursued research for a book on race, religion and social change in America. The message came through clearly in interviews among the black residents in the rural black community of Longdale, Mississippi, where I worked, but it was also very present in the comments of the white people who lived in the surrounding area.  Talking across the color line made it clear that remembrances of the past have a strong impact on the present, and, unexamined, distort history and human relationships. The people of Longdale I spoke with all belonged to Mt. Zion Methodist Church, the anchor of the community, which, after 1964, achieved high visibility in many accounts of the region, due to its association with a black voting rights campaign promoted by civil rights activists Mickey Schwerner, James Chaney and Andrew Goodman.  The three men were murdered by the Ku Klux Klan even before the school opened at Mt. Zion Church, though residents continued to honor both the men and their mission with an annual commemoration service that had its start in 1965. For newspapers around the world the Neshoba killings were front page news, although what most stories recalled was the martyred deaths of three young men, rather than the historic denial of black rights that had brought the three to the area, and that continued to define the reality of life for its black residents.

Ross Jones, a prominent member of the community, was one of several hundred black inhabitants of Longdale. A tall, handsome farmer with a large house and a collection of equipment to run his farm, he was especially proud and animated when he remembered his grandfather, Thomas Jones, who was the first to own land in Longdale, and was a founder of the church.  Ross Jones himself saw to the education of his own children, including many other youngsters from the neighborhood.  He was a man of substance and influence, known beyond the limits of Longdale.  Despite his local status, however, his recollections included many references to the legacy of slavery and Jim Crow that had burdened his life. On one occasion, he said, when he was at the tax collector’s office, where all the white men wore headgear, he was told he had to remove his hat — as a sign of deference, despite his ability to pay his taxes along with the others. A spirited man who resented the indignations of segregation, he removed his hat, and then quickly returned it to his head. He remembered, too, that when he took his cotton crop to the nearby city of Meridian for sale, the cotton agent often cheated him out of his fair share of reimbursement, but in that situation there was nothing he could do.

A more frightening memory was of the time he and a group of friends were driving to worship at Mt. Zion Church. Along the dusty country road they traveled, they passed a white man on the side of the road changing the flat tire on his car.  When they reached the church, they went in and took their seats as the service began. Soon after, the man who had the bad tire showed up, accosted Jones, and was ready to whip him because he thought the young men on the way to church had smiled at his misery. It was difficult in those days, said Jones, for black people to know what offense they had committed, if any, to arouse the ire of white neighbors, some of whom felt free to brutalize the segregated blacks. More frequent than beatings — indeed a constant — were the daily humiliations and indignities visited on black citizens, and they continued to hang in the mind. It took courage, determination and the support of church and community for Longdale’s residents to endure the rudeness, incivility, threatening environment and regular embarrassments — not being called by a proper name only the beginning of it — visited on them by their white neighbors.

Clint Collier was a colleague of Ross Jones. A Methodist, a part-time preacher and an occasional resident of Longdale, he was also a landowner and the most assertive civil rights activist in that part of Mississippi.  He had lived in Washington, D. C., for a time, and attended both Howard University and Jackson State, educational experiences that qualified him to teach in the black schools in east central Mississippi when he returned to the state. In an interview, he remembered that as a young man in his late teens he could only read at a fifth- or sixth-grade level, while his “Daddy,” a taxpaying property owner, never learned to read or write at all.  That, he thought, was a disgrace, and made him a permanently angry man according to his own admission.

Memory, individual and collective, followed the color line.  Florence Mars, a highly distinguished local white woman from the nearby small city of Philadelphia, made clear from her conversations with me, and in her published memoir, “Witness in Philadelphia,” just how powerful alternate myths were in her community; for example, the plantation myth and the “Lost Cause” ideology, in which noble Southerners were remembered as not really conquered at all, but invaded by ruthless, uncivilized barbarian aliens. Mars spoke of making frequent trips to Longdale, not only to hire domestic help, but to linger and talk with people who lived there. Because of her regular trips to Longdale, as well as her questioning of the failure to seek out the killers of the three young men, she had a falling out with her white circle of friends.  In 1977 she wrote the memoir that lifted the veil of secrecy covering most of the doings and thinking of white Philadelphians. The local newspaper, the Neshoba Democrat, displayed what the white community wanted others to see; Mars told of activities most struggled to keep secret.  She and her peers, she said, were taught in school that “Southerners were white,” and “Negroes were Negroes.” In the plantation image of the South, the region was home to cultured whites and their loyal black servants, most of them grateful for the “civilizing” qualities they learned from whites.

While hardly representative of all Southerners, Jones, Collier and Mars provided evidence of the persistence of collective memory, and how it cleaves to the color line.  Neither race knew much of the other’s history. Until the stories of each are told, heard and become part of the fabric of our history, we will continue to make racial blunders of great consequence, and teach our children the flawed social implications of the skin color they were born with.

Carol V.R. George is Research Professor of History Emerita at Hobart and William Smith Colleges. She currently splits her time in Florida and New York. Her new book, "One Mississippi, Two Mississippi: Methodists, Murder, and the Struggle for Racial Justice in Neshoba County," will be published by Oxford University Press in May 2015.

Carol V.R. George is Research Professor of History at Hobart and William Smith Colleges. Her recent book, "One Mississippi, Two Mississippi: Methodists, Murder, and the Struggle for Racial Justice in Neshoba County," was published by Oxford University Press in May 2015.