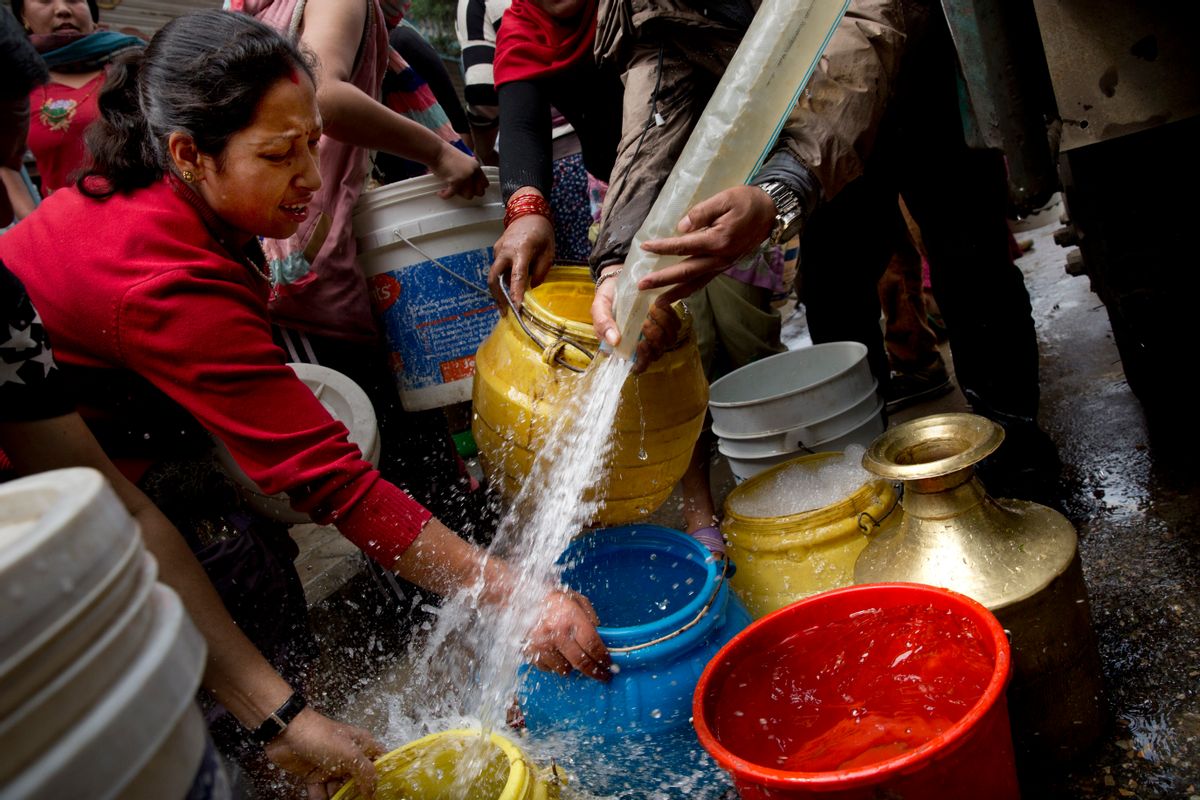 Nepalese collect water distributed in a tanker in Kathmandu, Nepal, Wednesday, April 29, 2015. While many villages across Nepal affected by Saturdays earthquake are still waiting for rescue and relief teams, life in the capital, Kathmandu, is slowly returning to normal. (AP Photo/Bernat Amangue) (Bernat Armangue)
--

Movement restrictions ended at 5 a.m. with no reports of disturbances in the early morning hours. The morning rush was getting underway with traffic flowing on most streets downtown.

"I don't know why this happened. But I don't blame anyone," says Shankar Pradhan, who now needs to prepare 18 souls for the Hindu cremation rite.

Justice Anthony Kennedy leaves little doubt during Supreme Court arguments in 2013 that a part of the federal anti-gay marriage law was doomed.

The Obama administration is on pace to deport the fewest number of immigrants in nearly a decade.

5. HOW AUSTRALIA REACTS TO INDONESIA EXECUTIONS

The king removes his half-brother from the post of crown prince, replacing him with his nephew, and elevates his son to the position of deputy crown prince.

Authorities extended parking restrictions at the hospital where the Duchess of Cambridge is expected to give birth as the media and royal fans gather.

The country has much of its services devastated by the conflict and has little capacity to care for them.

9. WHAT VIETNAMESE-AMERICANS RECALL SINCE SAIGON FELL

The thousands who fled Vietnam still remember what they lost, but also take the moment to think about what they've gained in the U.S.

10. BASEBALL RETURNING TO BALTIMORE — BUT WITH A TWIST

After a pair of postponements because of the city's unsettled environment, the White Sox will play the Orioles Wednesday in a game that will be closed to the public.