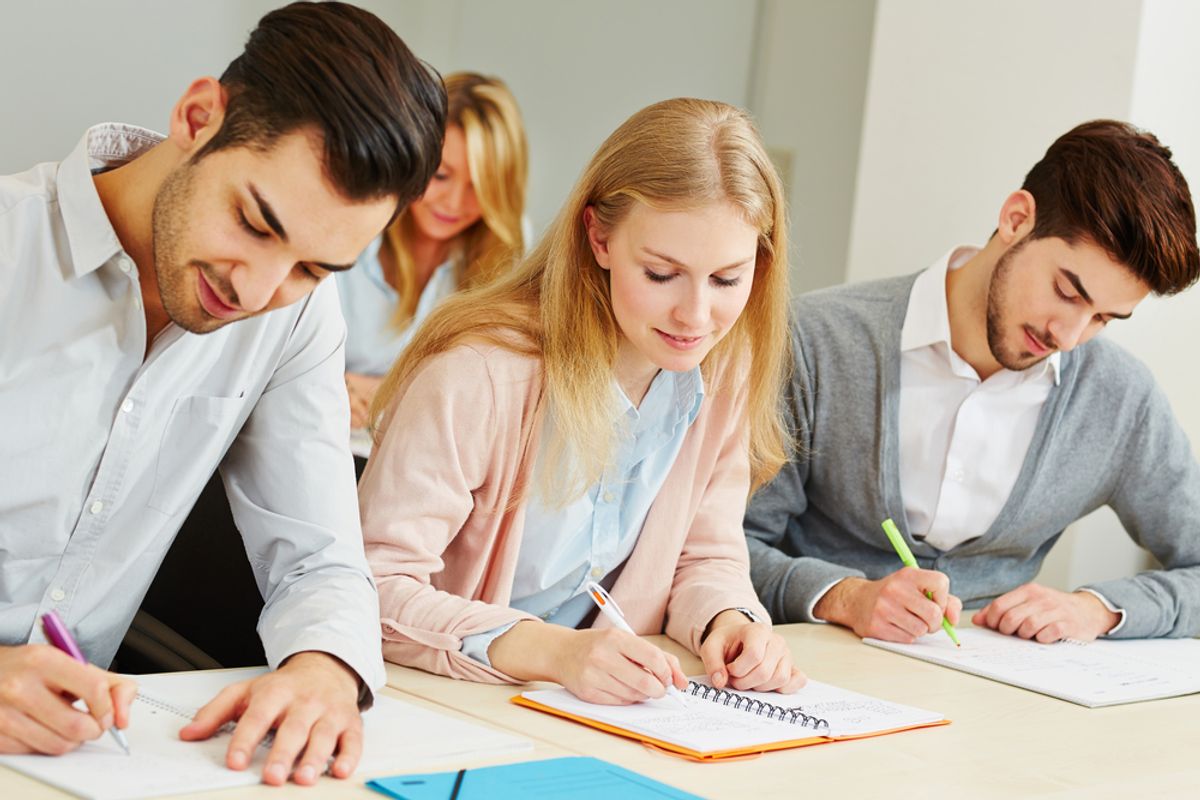 Rarely is the present so identifiably historic as the moment we are living in. The New Civil Rights Movement, as it has been dubbed, is shining a national spotlight on long-standing racial inequities that sit at the very center of everyday American life and culture. For many would-be white allies — those who possess a real and authentic desire to be anti-racist partners to people of color (POC) — there may be questions about how, precisely, to best engage in the fight against white supremacy. Most of these folks have already begun thinking critically about race and privilege, and want to do the heavy lifting and difficult learning necessary to act as real allies to POC. But they may not be fully certain about practical ways to begin.

What can white people who really want to confront and eradicate white supremacy do—on their own, every day—to fight racism? What steps can they take to push back on a system of racial inequality so deeply embedded in our culture that it takes a pile of black bodies and video footage of the murders to force a national conversation about race? Because it can feel overwhelming.

I reached out to a diverse cross-section of POC—smart, thoughtful, incisive public figures who often speak and write smartly, thoughtfully and incisively on race—to gather their thoughts. This is the resulting roundup of their suggestions. Consider it a sort of open letter to white allies who want to do the hard work of truly working to fight racism.

Addressing racism and racial inequality as a white ally is, necessarily, difficult and uncomfortable work. It means putting aside personal defenses to recognize the ways we all, consciously and unconsciously, support white supremacy. It means genuinely challenging yourself to acknowledge privilege and how you personally benefit from it. It means taking your own biases and calling yourself out on them, even though that doesn’t feel good. It means recognizing that we cannot and will not dismantle a system it took hundreds of years to build in a day. But here, at the very least, is a place to start.

White people should recognize that the best way to be good allies is to go work among their own people (white people) to create more allies. Too frequently, white allies think we are asking them to come into our communities to affirm our account of racist acts and structures. What we are really asking is for them to 1) affirm that account boldly among other white people; and 2) use their privilege to confront racial injustices when they see them happening, whether in the grocery store or the boardroom.

As Native organizer Klee Benally notes, racial justice movements need accomplices, not allies. Everyone should see their investment in dismantling white supremacy. Racial justice organizing is not about confessing race privilege, saying all the right radical things and trying to avoid offending people of color. It’s about building social movements that can dismantle white supremacy. Everyone needs to do that work.

Understand that whiteness is an asset, something owned and embodied. The best explanation of this idea can be found in law professor Cheryl Harris’ 1993 essay “Whiteness As Property,” in which she lays out how the law has treated and protected whiteness as a right, for example, with redlining in housing, or racial disparities in education. Like a luxury car or an expensive suit, whiteness facilitates entry into elite or exclusive spaces. White people should acknowledge that while whiteness does not necessarily grant access to such spaces, it allows them far more mobility, comfort and safety than those without it.

4. Daisy Hernández, author of A Cup of Water Under My Bed: A Memoir, Kenan Visiting Writer at University of North Carolina-Chapel Hill:

I’ll be honest here and tell you that I do not advise white allies, frenemies or enemies on what they can do to learn about race. I just never have and have never seen it as my business. That said, I do lecture to largely white college audiences and I am teaching at a college where the student body is majority white. In other words, I have to talk about race to white folks and what they can do.

I ask them to look at their relationship with language. Every time they are texting, tweeting or Facebooking, they are making choices about words and the stories we tell about race. What are you noticing about headlines when the police kill another black teenager? Is the teen described as a kid on his way to college or as a “black male”? I try to raise awareness that we’re trafficking in racial ideology 24-7 online—and that we can change the direction of these conversations every time we hit “comment.”

Stop talking for a minute and just listen: Comparing the situation a person of color is in to some personal anecdote of yours is not as constructive as you think it is.

Do not think that your innate wisdom or some personal experience has prepared you for a discussion. Do some research before trying to engage in a conversation, preferably written by a person color. Make sure Sarah Palin hasn't written an op-ed for said outlet.

And, for the love of god, stop asking about our hair.

Read a book. It's cheaper than taking a class—it's free if you've got a library card—and it's infinitely better than trying to educate yourself third- or fourth-hand by bugging people with questions on Twitter. And asking your black friend or Asian friend what books they'd recommend will probably be received a lot better than asking them to explain race to you right then and there.

You know that mental list you have of all your best black friends, the non-white exes that you are still good friends with, the childhood memories more painful than those of people of color, and all the superficial reasons why you “just love everyone for who they are”?

Now come up with a list of equal length of books, essays and writings you’ve read about white privilege written by people of color. Can’t find them? Check Google.

P.S. Unrelated to learning about white privilege...please stop pouring rivers of soy sauce directly onto your rice at the Chinese restaurant. It's grossing me out.

8. Rebecca Carroll, op-ed writer for the Guardian and director of digital media & marketing at Scenarios USA:

I think among the most pressingly crucial concepts for white allies to consider is not simply the privilege and power they possess in a system that favors, elevates and rewards that privilege and power, but what it would mean or look like to take that privilege and power down a notch, or maybe a few notches. Because operating at even a privilege deficit for white people is still operating from a vantage point. I don't mean give up your Pottery Barn rugs, and I definitely don't mean feigning deference toward black magical magic (despite our obvious magical magic). I mean cultivate racial consciousness in ways that will inform your intellect and language, and greatly affect the way you interact with black folks.

When you are taking in media, notice when you've just finished reading five stories on a website, or watched six trailers in front of a movie, or glanced over the magazine covers at the supermarket checkout line without seeing a single person of color (other than Beyonce). When you are on the subway and you see young black people talking loudly, expressing themselves and letting off steam, realize they see you looking at them, clutching your bag, passing quiet judgement you likely don't even know you're passing. But above all else, realize they are youth, young black people, who are faced with this sort of tacitly pointed denigration on a daily basis and who are just trying to grow and live.

Even this roundup is advice from people of color to white allies. If one wants to learn from other people's experiences, there are plenty of articles and essays with exactly that purpose. It's actually frustratingly difficult as a writer of color who writes about race to avoid writing for white folks.

If you have children, even very young children, talk to them about race. Don’t wait until they encounter a problem at school, among friends, or hear about something in the news to engage them on the subject of difference. Teach them that multiculturalism and diversity aren’t just about food, costumes, holidays, and having a few brown faces in a classroom to break up the whiteness. Expose them to books, TV and movies featuring people of color as protagonists and heroes.

11. Sarah Sahim, freelance writer and co-host of Not All Women:

Live-tweeting Ferguson to hashtagging victims of police brutality’s names is modish but lackadaisical. Sharing this article and putting “ally” in your Twitter bio does not qualify you to check off your daily “good ally deed to people of color.” You want the “ally” label without earning it.

Get up and protest. Understandably, protests are inaccessible to many, but there are other options. I’m a firm believer in DIY activism, and it’s something with which I am actively involved. Create something—zines, art, podcasts, articles.

You are white; use the unrivaled respect bestowed upon you as a societal birthright to acknowledge and rectify this.