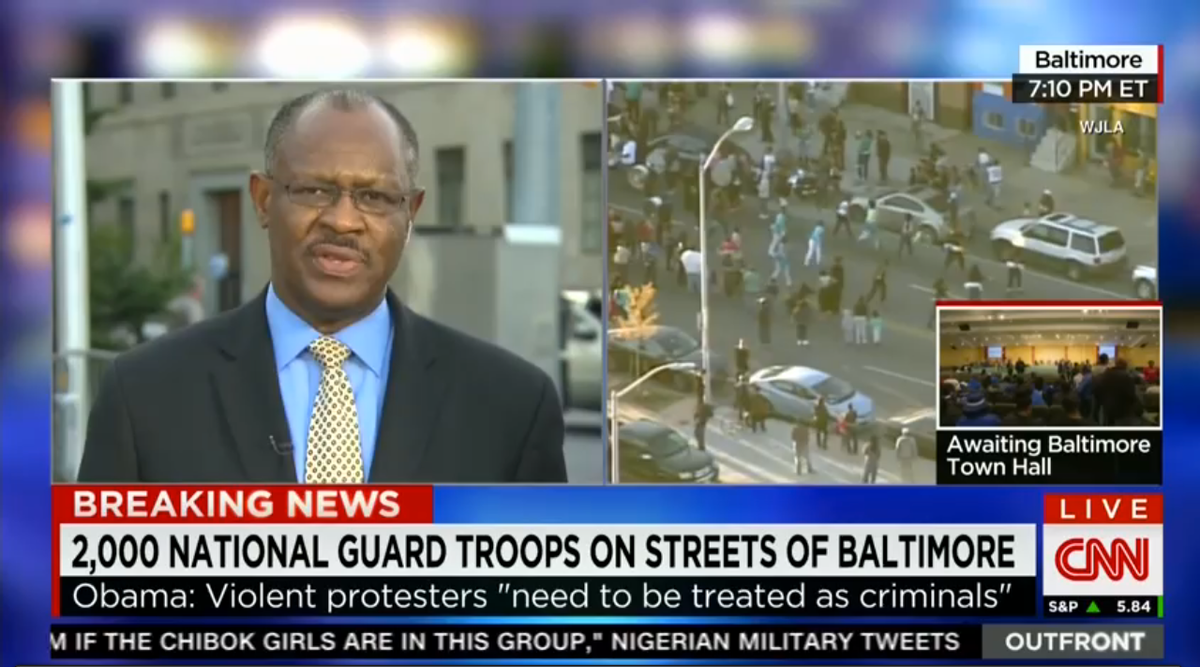 "No, of course it's not the right word to call our children 'thugs.' These are children who have been set aside, marginalized, who have not been engaged by us. No! We don't have to call them thugs--"

"But how does that justify what they did? I mean that's a sense of right and wrong. They know it's wrong to steal and burn down a CVS and an old person's home. I mean, come on."