"Bloods" member to Chris Hayes: "We don't want anyone else hurt. We don't want shooting. We want a cease fire."

Gang member says groups just want to protect their neighborhoods "We don't want any problems with the police." 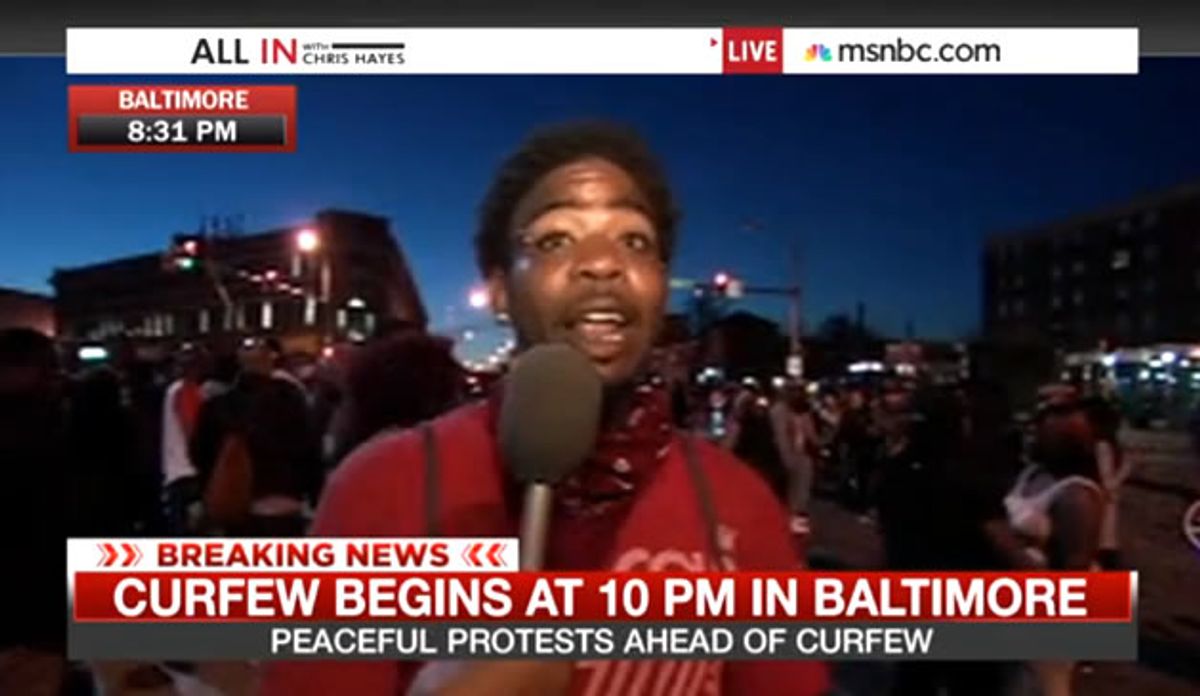 Reporting from location in Baltimore, "All In" host Chris Hayes discussed the role that members of the Crips and Bloods gangs have played in the recent civil unrest.

He tossed the segment to Touré, who spoke with Nico Caldwell, a self-proclaimed Blood, who said that his gang was "founded on the idea of protecting our neighborhood," and that the alliance with the Crips is merely an extension of that. "That's our ideology. We decided to go back to our roots, because we are tired of the [damage] the police are doing to us on a daily basis."

The purpose of the gang presence, he explained, was to let the community know that there are members who will do what they can to prevent further looting. "We are here to make sure these stores are protected," Caldwell said.

Touré said that "it would shock many Americans to hear Crips and Bloods talking about peace," and Caldwell replied that "it doesn't matter what gang you identify with -- you could be a civilian out on the streets and commit a harmful act. Some of us have made a wrong choice when we joined these gangs, but some of us, when we joined these gangs, didn't have families."

Watch the entire segment via "All In" below.