"Freddy Grey will never be back and those windows will be" 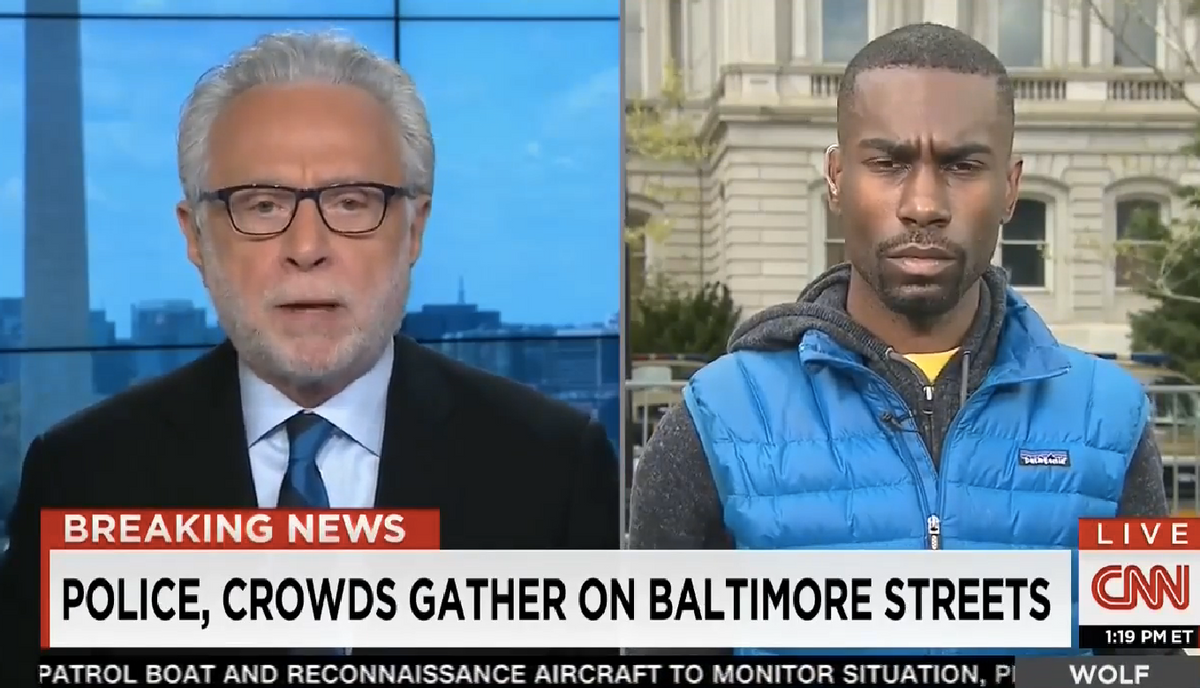 CNN's Wolf Blitzer brought activist and community organizer DeRay McKesson on the show Tuesday afternoon and appeared to have only one goal with the interview: To get McKesson to admit that the violent Baltimore riots were "wrong" and unprecedented. McKesson refused to condemn the protestors, even after Blitzer confidently cited "15 injured police officers, 200 arrests and 44 vehicles set on fire" and, again, when Blitzer explained that Martin Luther King Jr. probably wouldn't approve. "Freddy Grey will never be back and those windows will be," he asked Blitzer to consider.

Blitzer vigorously denied that he was, in any way, trying to compare the damage caused by Baltimore rioters to the much more sustained damage "inflicted on communities of color" by police.

"I don't have to condone it to understand it, right?" McKesson said. "The pain that people feel is real. And you are making a comparison. You are suggesting this idea that broken windows are worse than broken spines, right? And what we know to be true is that the police are killing people everywhere. They're killing people here."

Watch the clip below via Raw Story: