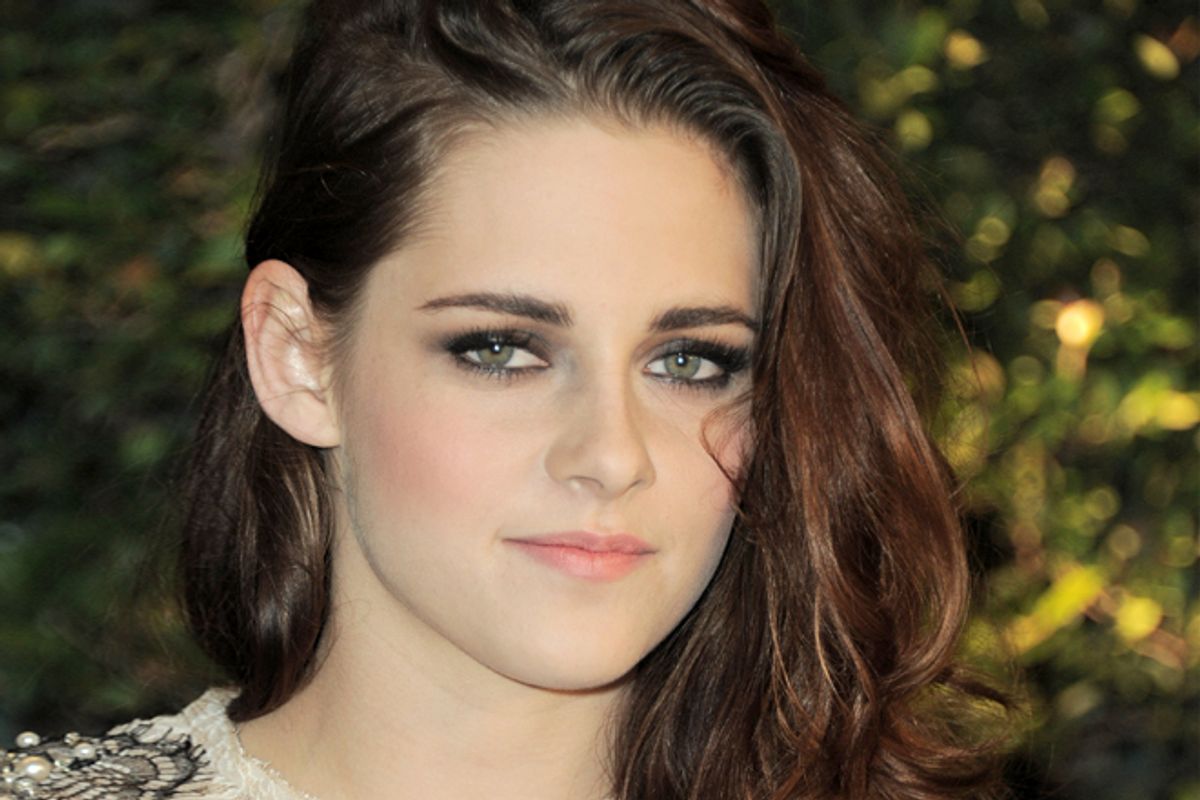 From Patricia Arquette’s rousing Oscar speech about equal pay to Carey Mulligan’s recent claim that the film business is "massively sexist," Hollywood women have increasingly been speaking out about the barriers women face in their industry. Now Kristen Stewart — who experienced the nuttiest side of being a young woman in Hollywood at the heat of "Twilight" mania — is adding her voice to the chorus.

"Women inevitably have to work a little bit harder to be heard,” Stewart tells Harper's Bazaar UK, according to Vanity Fair (the full interview isn’t online yet). “Hollywood is disgustingly sexist. It's crazy. It's so offensive it's crazy.”

The notoriously press-shy Stewart seems to be experiencing a personal and professional renaissance as of late, shining in a series of indie roles -- most recently, in Oliver Assayas' acclaimed "Clouds of Sils Maria" -- and appearing increasingly assertive and at ease in press appearances. With Harper's, that newfound comfort is on show. Acknowledging how hard she used to find public life, Stewart explains that she has "taken a step back and relinquished a bit of control" and "now, I just breeze through." Yet things can still be hard. "There are some things I still get very nervous about," she adds. "I’m still really personally invested. You could sit down with me in a five-minute interview on camera and really rough me up. It’s not hard to get me upset.’"

The full interview isn’t online yet, but check out the preview over on Harpers Bazaar UK.