Stealing a page from Big Tobacco and climate-change deniers: How Armenian genocide denialists get away with it

The Armenian genocide was carefully planned and prosecuted. So is the campaign to deny it all these years later 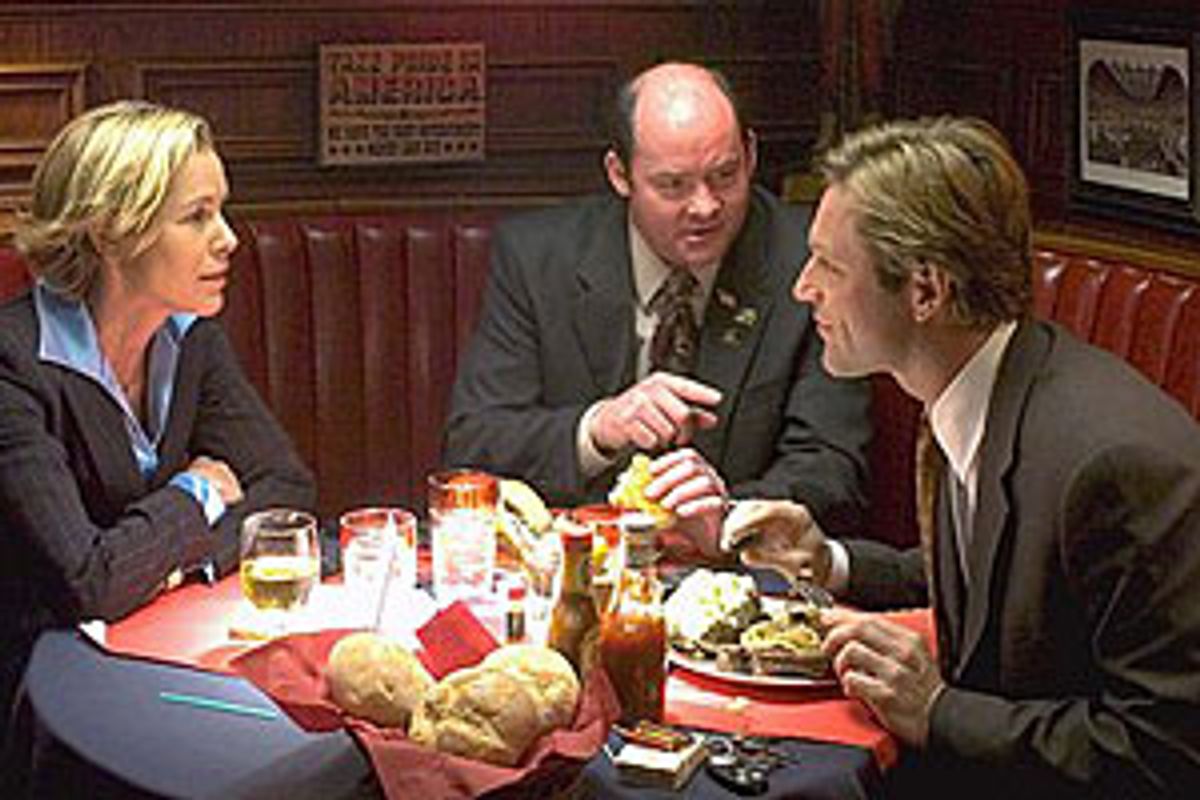 A scene from "Thank You for Smoking"
--

It would be a mistake to think of the Ottoman leaders who engineered the mass destruction of the Armenians during World War I as nothing more than bloodthirsty barbarians. To be sure, many of their proxies were intensely violent characters common to the frontier lands of Eastern Asia Minor. But the leaders of the Ottoman Empire, the key figures in the Committee for Union and Progress, specifically Talat Pasha, Enver Pasha, Doctor Behaeddin Shakir and associates such as Ziya Gokalp, were urbane Europeans. They saw the world through European eyes and understood very well European law. To be sure, the eradication of the Armenian people from their homelands was a massive and terrible bloodletting, but it was not the product of a breakdown of civilization. Instead it was, like the Holocaust that would follow only 25 years later, a centrally organized, criminal act planned and prosecuted by wily and callous political leaders.

This genocide, as it would later be labeled by jurist Rafael Lemkin, was a brazen attempt to completely restructure and “Turkify” what remained of the Ottoman Empire. It was carefully planned with a clear-eyed understanding of the consequences of such a massive crime. In fact, in May of 1915, the Allied powers made it clear that whenever the war did end there would be severe punishments meted out to those responsible for “crimes against humanity” (the first time this term was used). For this reason, the genocide was structured to include its coverup and its denial. Talat Pasha, a central figure in the leadership and in the planning and orchestration of the genocide, was very active in this regard. He sent directives to local governors instructing them to bury the countless bodies so they would not be reported. He avoided outright massacres in major cities, so that Westerners in those places would only learn of the killings by hearsay. He routinely sent his orders as two simultaneous cables, so that one set of instructions would appear to preserve, rather than destroy Armenians, thus laying the groundwork for later denial. The fog of war camouflaged a major crime. At the end of the war, records were destroyed and in fact, significant archives remain closed to this day.

The full coverup and denial began once the Republic of Turkey was institutionalized under Kemal Ataturk beginning in 1923. The first step was to erase history by making any records that existed of the late Ottoman leaders’ actions unintelligible.  The Turkish language was reconfigured, the alphabet converted from an Arabic-based script to a European style alphabet, towns and cities were renamed obscuring their origins, indeed a new history was authored. This new, cleaned-up version of the Turkish narrative was taught in schools and institutions with the same thoroughness as any Communist doctrine. Eventually, even more radical histories, particularly of the Turkish people and the events surrounding World War I were published. Here absurd allegations were made denying that the Armenians, an ancient indigenous people who had lived in the region for thousands of years, ever existed in the first place!

For the last two decades of the 20th century, this reformulation of history and the direct denial of the genocide has been the entrenched position of the Turkish government. Millions of dollars have been spent to promulgate an alternative to what is now established history among most scholars in the world. Lobbyists have been recruited and scholars subsidized in order to support the Turkish position. The Turkish government went so far at one point in the 1930s as to lobby successfully against the production of the MGM movie “The Forty Days of Musa Dagh,” eventually getting the State Department to intercede and quash the film.

Of course, Turkey has been an important ally to the United States for a long time now. With its strategic location bordering Russia, Iran and Iraq as well as its close proximity to Israel and the Arabian oil fields, Turkey is irreplaceable. Turkey is a member of NATO. Turkey is the recipient of millions in aid. For this reason, that is, to appease a foreign power, the United States has avoided any official recognition of the Armenian Genocide. Why does Turkey persist in this denial of established history? Simply because it can.

In the last 15 years, the program of denial has been stepped up. New techniques have come into play, as recently explained by National Association for Armenian Studies and Research director Marc Mamigonian in his meticulous piece in the most recent issue of the academic journal Genocide Studies International. Here Mamigonian explains that significant scholarly institutions have now been enlisted in this rewriting of history, citing specifically the establishment of a “Turkish Studies Project” at the University of Utah. Utah in turn has for a decade now been publishing work by scholars whose representation of “the events of 1915” aligns with the Turkish state’s position, thus giving a sort of academic legitimacy to the denialist narrative promulgated by Turkey.

What is going on here exactly? Imagine a major university supporting “Creationism” or sponsoring a panel that supports the notion that global warming is fiction. Such sponsorship makes the spurious legitimate. Once the denialist position is underwritten by an institution, the Turkish lobby can then go to court to argue absurdly that “both sides” need to be represented when the Armenian Genocide is described (for example, in history books). This is exactly what happened in Massachusetts, (Griswold et al vs. Board of Education, 2005). Though the proponents of what is termed, with Orwellian overtones, the “contra-genocide thesis” led by the Assembly of Turkish American Associations (ATAA) lost this time, it is not hard to imagine an ongoing war of attrition against educational institutions all over the U.S..

Key here is the notion that there must appear to be some sort of debate over “the facts.” This is a tactic borrowed from tobacco industry lobbyists and those who argue that global warming is a fiction. For decades, despite clear evidence, tobacco lobbyists insisted that we didn’t know all the facts with regard to cigarettes and health, when the truth was clear and indisputable. By doing so, they delayed any sort of direct response to the destructive habit. Making the argument that a “debate” is ongoing, allows doubt to seep into the picture, muddying the waters and distorting the public’s understanding. This is exactly what Turkish denialists are intent on doing. And they are succeeding.

Today, genocide seems almost commonplace. It has manifested itself in Africa repeatedly as well as in Eastern Europe. The Americas were built on genocide. Most recently, the actions of ISIS in the Middle East are virtually identical to the modus operandi of the Ottoman “Special Organization” as incidents of beheading, immolation and the razing of villages are reported daily. Though the leaders of the Ottoman Empire were not the first to employ death marches or to attack innocent civilians, techniques were perfected under the Young Turks. The centrally organized and technologically efficient actions of the Committee of Union and Progress were a precursor to the stunning destruction of populations a mere 25 years later as the Nazis rolled across Europe.

“Who remembers the Armenians?” asked Adolf Hitler as he launched his armies against his perceived enemies.  Is there a reason to remember? Is there a reason to acknowledge what happened? As the decades roll by, don’t we have other things to focus on? Hasn’t war always been terrible? Didn’t the Ukrainians, the Poles, the Chinese, the Native Americans, the Filipinos (and on and on) all suffer as greatly if not greater than the Armenians? Why is it necessary to acknowledge this great tragedy at all?

For me, the answer lies eight blocks away from my home in New York City at the site of the World Trade Center where thousands died 15 years ago. What made this tragedy even more difficult for the survivors was that there was little left of the victims. Indeed, the tragedy of violent death is amplified exponentially by anonymity. My great-grandfathers died in this way. Somewhere their bones lie in an unmarked grave. Denial is the final chapter in a genocide. To deny how these men and hundreds of thousands of others died is nothing less than a continuation of the genocide itself.