Trevor Noah's return to "The Daily Show" was spectacularly awkward 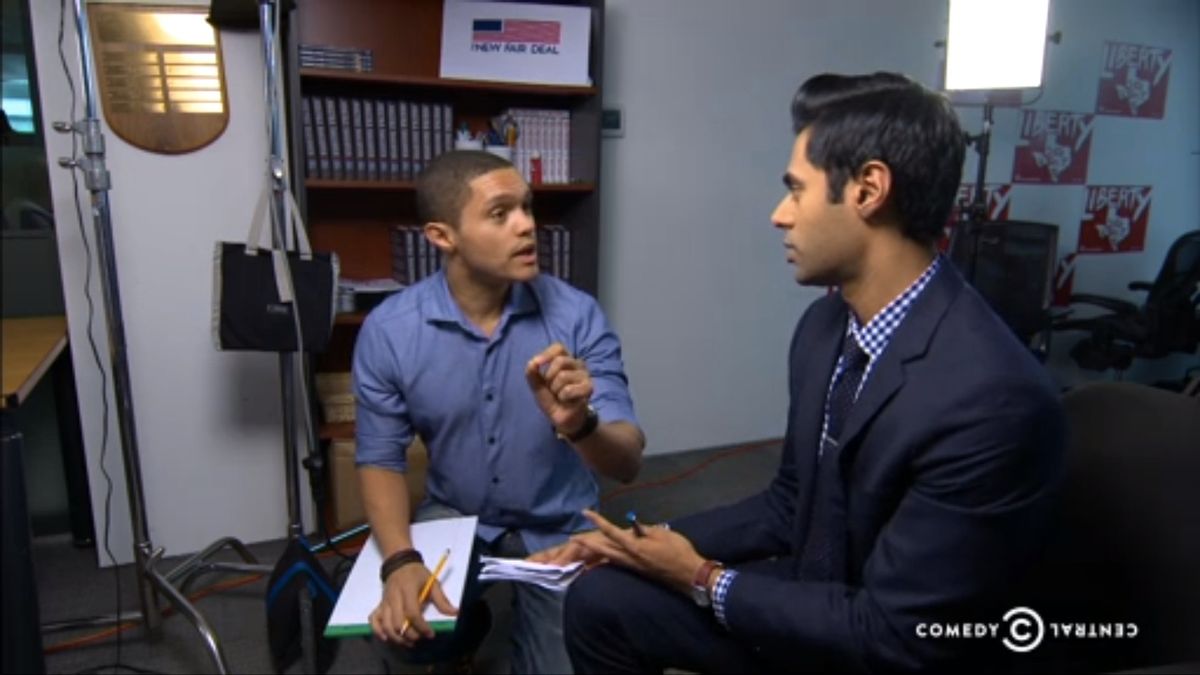 Last night, Trevor Noah was back on "The Daily Show" for the first time since it was announced that he would take over the hosting gig, and it was a little anticlimactic. Considering the controversy that surrounded the announcement, one might think "TDS" would choose to reintroduce its future host to viewers with some pizzazz: Making sure he had some good material to work with, for instance, or giving him a chance to demonstrate his chops in a solo segment.

Instead, they had Noah awkwardly pop up to coach corespondent Hasan Minhaj on interview tips in the middle of a segment on bipartisan prison reform. We get that the bit plays on Noah’s newfound seniority (we think?) but it did feel a little disjointed. Take a look below: