Who doesn't want to hear a dude say something like, "I accept the vagina however it appears"? 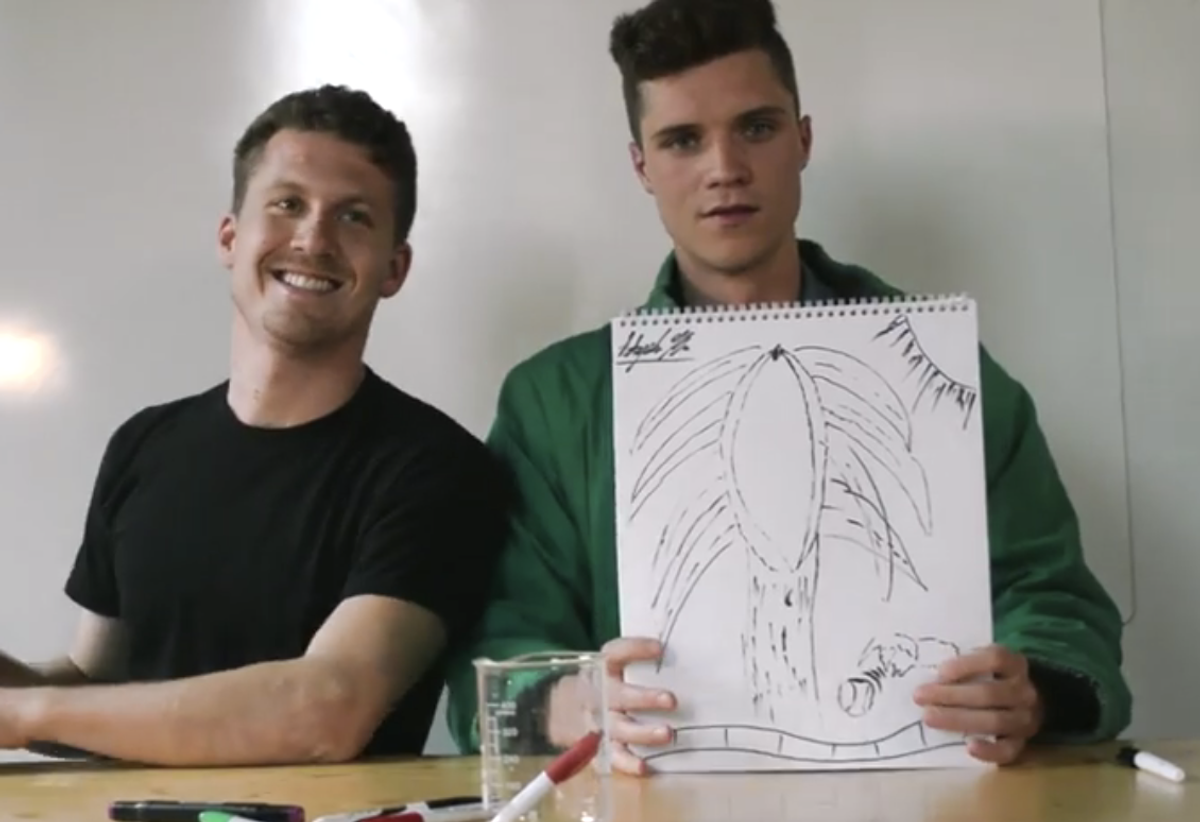 Handing a dude a sheet of paper and a pen and telling him to draw a vagina usually turns out to be pretty funny. We know this; remember that time two friends asked a bunch of gay men to sketch the female anatomy so they could make a coffee table book?

Now, close your eyes and imagine if, instead of gay men drawing vaginas, you could watch straight men navigate the challenges of illustrating a somewhat-accurate vulva. Then open your eyes and click the video below.

LOLpervs filmed four (ostensibly straight-identifying) men describing and drawing their ideal vaginas, in a "sexperiment" that is both entertaining and also sort of moving. The guys really appreciate female genitalia and say great things about the vaginas they've known, including (but not limited to):

"I accept the vagina however it appears."

"Unwilling vaginas make me really uncomfortable, but once you're, like, in there -- you've arrived at the vagina -- then there are certainly differences. You start to think about where you actually are once you've arrived there."

"It's inviting, but it's not intimidating in any way. It's got its own unique flaws and personality," one participant says of his ideal vagina as he sketches. "[But] I think God is a much better artist than I am."