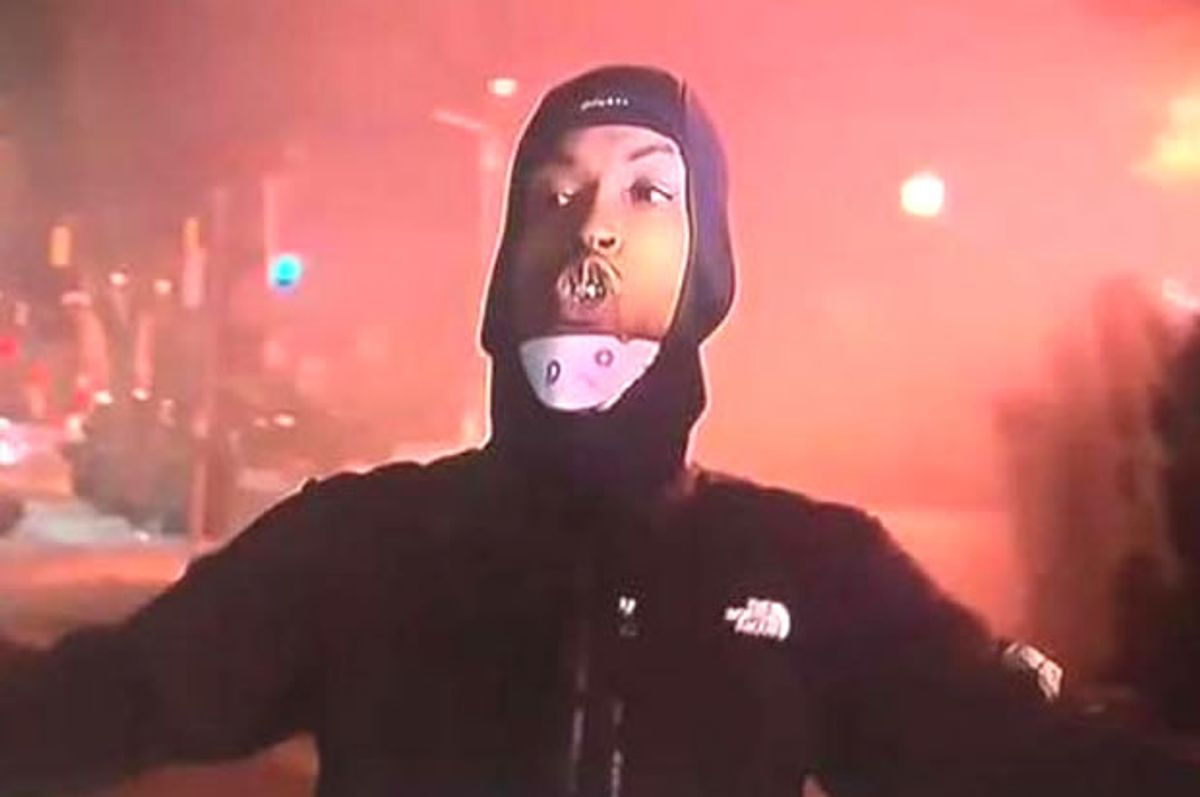 Social media panicked last night after CNN aired a live shot of a group of National Guardsmen swooping in to arrest a man known in his community as "Martin Luther King with tattoos and gold fronts."

Last night, CNN was airing footage of Joseph Kent walking in front of police wearing riot gear, hands up. As he walked away from the camera, a Humvee blocked him from view, but four or five National Guardsmen could be seen rushing in behind the vehicle. When the Humvee had passed, both the National Guardsmen and Kent were gone.

His apparent disappearance -- as well as the fact that it went unremarked upon by the CNN anchors -- became a flash point for social media outrage:

Contrary to the name appended to videos of his being detained, however, Kent was not "kidnapped" -- he was apparently arrested for having violated the city's 10 p.m. curfew. A Baltimore-based lawyer, Stephen Beatty, claimed to have located Kent last night:

Even if the arrest was a good one -- the chyron on CNN did read "Baltimore Police Enforcing Curfew" when Kent was detained -- the National Guardsmen who executed it did so in the most injudicious way possible:

According to Beatty -- who made it clear that he is not officially representing Kent -- the community organizer may be release on his own recognizance later this morning.

During the Ferguson protests last year, Kent proved himself to be a very effective proponent for nonviolent protest. As he told the City Paper's Baynard Woods, "everybody already knows I'm going to do things the right way, so when everybody else and community people and civilians and people who joined and saw that the Morgan students were looking up to it, before you knew it, the whole city was on my back and I was just carrying the whole city."