Mike Rossi didn't like his school's response when he pulled his kids for a trip. Maybe he needs a character lesson 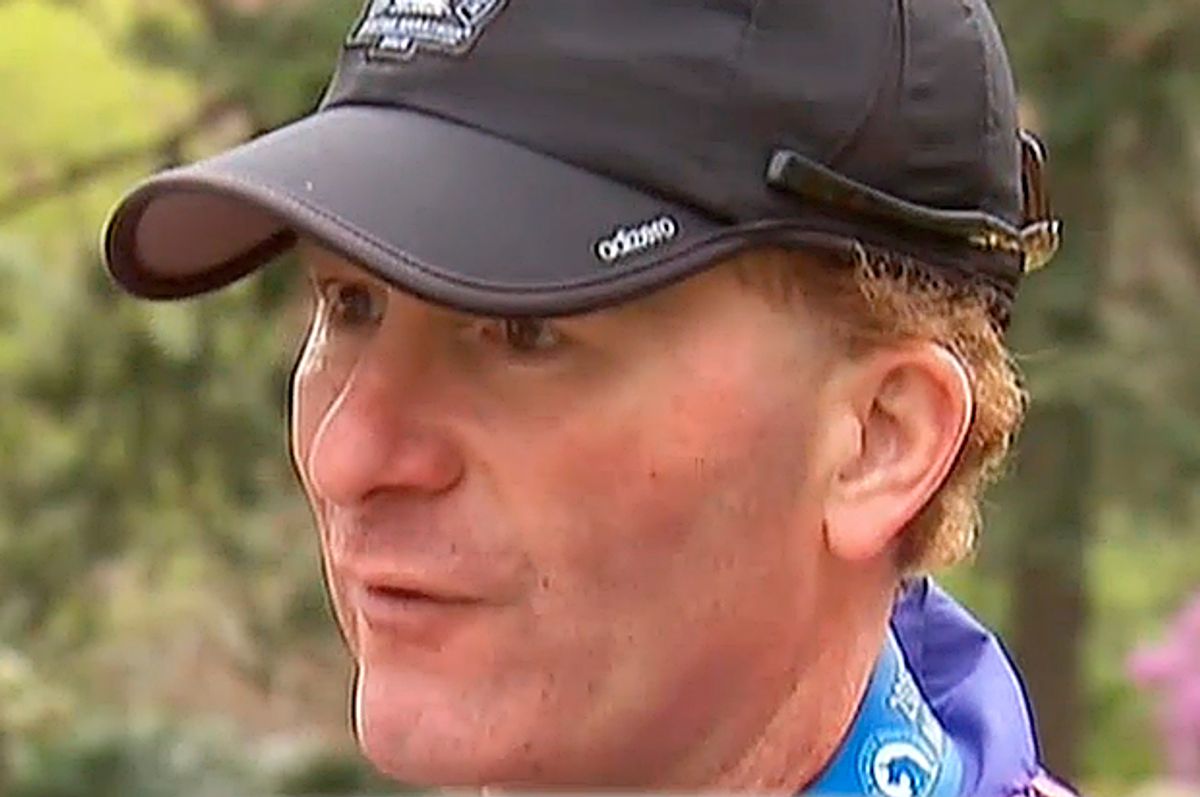 There ain't no self-righteousness like parental self-righteousness. Behold, for example, the torrents of applause for a father who not only gave his kids a few days off from school for a family trip, but wrote and then shared his scathing response to their school for not excusing their absence.

Mike Rossi says he notified his 9-year-old twins' elementary school in Pennsylvania well in advance that his family would be traveling to Boston so they could accompany him as he ran the marathon earlier this month. So he was surprised when the school principal, Rochelle Marbury, sent home a note stating that "Abington School District does not recognize family trips as excused absences, regardless of the activities involved in the trip. The school district is not in a position of overseeing family vacations or evaluating the educational nature of the trip. The dates your children were absent were recorded as unexcused."

This did not sit well with Rossi, who posted the letter on Facebook, along with his response to "Madam Principal," in which he explained, "While I appreciate your concern for our children's education, I can promise you they learned as much in the five days we were in Boston as they would in an entire year in school. Our children had a once-in-a-lifetime experience, one that can't be duplicated in a classroom or read in a book. In the 3 days of school they missed (which consisted of standardized testing that they could take any time) they learned about dedication, commitment, love, perseverance, overcoming adversity, civic pride, patriotism, American history culinary arts and physical education."

Wow, a full year of education in five days? I'm impressed. It goes in this vein for a few more paragraphs. Perhaps the "regardless of the activities involved" part was unclear.

Since posting his reply, Rossi's message has gone viral. Examiner.com called it the "best response ever" while Us called it a "perfect response. His story's been featured on "Fox and Friends" and "Today," where he said, "I always say zero tolerance equals zero common sense, and in this case, they made this blanket rule and say, no exceptions? It's silly."

I am fully supportive of giving kids enriching and even just plain fun experiences outside of school. Two years ago, when we planned a life-affirming family trip to the Grand Canyon over spring break, the only workable-for-everyone return date was after school started for my kids. Finish the school year with perfect attendance, or bond over petroglyphs with Grandma? Not the hardest decision I've ever made. Last year, I faced the same conundrum, and made the same choice, when I took my teen to visit an old friend in Paris. And coincidentally, just this Wednesday, after my daughters survived a stressful month of the idiotic Common Core testing, my spouse and I decided to spring a surprise mental health day on them. We went to Central Park on a perfect spring day and walked among cherry blossoms, and on Thursday I sent them back to school with a note that truthfully said why we'd kept them home from school. Why break the rules if you're not going to own it?

There is far more to education than what is learned in the classroom, and a hell of a lot more than can be gleaned from our dysfunctional system of standardized testing. Rossi's clearly touched a nerve with other parents who feel the same about the valuable time that we often have to fight for in our children's overcrowded schedules of long school days and hours of homework. Yet I find myself profoundly unmoved by how Rossi handled the situation. His letter feels like a textbook of example of epic parentsplaining, in which the carefully crafted word missile is aimed at the fusty, totally-in-the-wrong principal, to the applause of thankful moms and dads everywhere.

As Ashley Austrew notes on Mommyish, Rossi "plastered [the letter] on social media with the principal’s name attached and he needlessly made an example of them when they were just doing their job." And in a very reasonable response, the president of the Abington school district has said that "School districts cannot and should not be the arbiters of what vacations are worthy of pulling your children out of school for and which are not."

Fair enough. Had I received a letter from my school that contained a vague threat about the consequences of "an accumulation of absences," especially after informing my children's teachers ahead of time of our family plan, I'd have some thoughts about how that information was communicated too. But I hope I'd also understand that district policy is district policy, and there are consequences for making the conscious choice to do something that violates it. I don't have to like it; but I don't have to fire off a florid letter about how my children "paid tribute to the victims of a senseless act of terrorism and learned that no matter what evil may occur, terrorists can not deter the American spirit" and then share it with the world either.

And if I'm teaching my kids about character, I hope that includes showing them that we can disagree, and settle our disputes, without roping in the entire Internet in to commend us.