Fox News gone wild: The ludicrous stories about how Freddie Gray injured himself

Tales of a car crash, or Gray harming himself in the police van, don't hold up. So where is the police report? 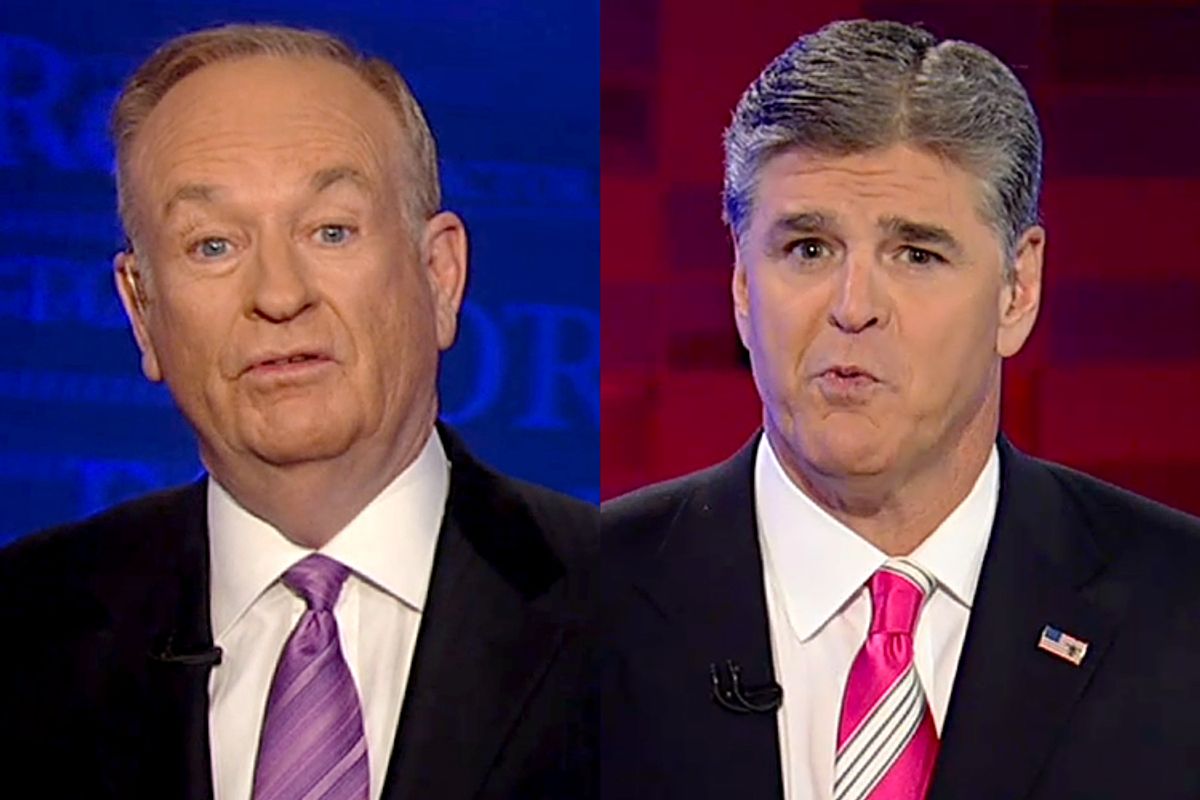 Late Wednesday night, the Washington Post dropped a bombshell in the Freddie Gray case: according to a second-hand report from the prisoner who traveled in the same police van, Gray was “banging against the walls” of the van as though he “was intentionally trying to injure himself.” On Fox, Sean Hannity went predictably nuts about the "blockbuster," and used it to blame President Obama for weighing in on race relations "before the facts are known."

The Post has done some good reporting from Baltimore, but this “scoop” is curious. Police Commissioner Anthony Batts had previously cited the same prisoner as saying the ride he shared with Gray was quiet and uneventful.

NBC affiliate WBAL’s Jayne Miller took the story apart within about an hour, reporting that the prisoner in question only got aboard on the van’s fourth stop, and was with him for five or six minutes. Gray had been alone in the van, with police, for at least a half hour, Miller said, citing the cops’ own timeline, during which time the vehicle made a curious stop to place the young West Baltimore man in leg irons.

The Post called the story the “first glimpse” of what actually happened inside the van, and added that “it is not clear whether any additional evidence backs up the prisoner’s version.” That’s one way to put it.

This isn’t the first story to charge that Gray, not police, was responsible for his own injury. An “exclusive” on a right-wing site blared “FREDDIE GRAY ALLEGEDLY HAD SPINE SURGERY JUST ONE WEEK BEFORE ARREST.” It quickly metastasized to “everyone’s racist uncle’s Facebook feed,” as Gawker put it.

It was just as quickly debunked. Evidence of a lawsuit settlement cited by the right had to do with a suit Gray’s family filed against their landlord, charging negligence that led to the children’s being poisoned by lead paint, according to their attorney William “Billy” Murphy.

An attorney for Gray’s family challenged the Post’s report, too. “We disagree with any implication that Freddie Gray severed his own spinal cord,” Jason Downs told the Post. “We question the accuracy of the police reports we’ve seen thus far, including the police report that says Mr. Gray was arrested without force or incident.”

Of course, while the first police account said Gray was arrested without incident, a cellphone video released later showed that he’d been slammed to the ground and dragged into the van, obviously in pain. But WBAL’s Miller cautioned against theories that his spine had been injured during the arrest. And indeed, though Gray is in pain in the video, and is being dragged at first, he stands on his own before he’s loaded into the van.

Most reporting so far points to Gray’s injury occurring in the van – perhaps on one of the Baltimore Police Department’s notorious “rough rides” -- where they drive recklessly and stop suddenly, in order to punish prisoners within the quiet confines of police vans, away from the eyes and the cell phones of community witnesses. His spine was almost entirely severed, and his larynx was crushed. WBAL’s Miller told MSNBC’s Lawrence O’Donnell Wednesday night she’s heard from multiple medical sources that “it’s virtually impossible to do that injury on your own.”

And so it continues, crackpot theories and right-wing “exclusives,” plus the occasional mainstream report coming from police department leaks, all trying to exonerate police and implicate Freddie Gray in his own death. All of this noise could be silenced by an official police report on the incident.

Yet while the police investigation will be completed Friday, earlier reports that it would also be released to the public Friday have been rebutted by Mayor Stephanie Rawlings-Blake, who says it will then go to the Baltimore state’s attorney’s office. The mayor has given no timeline for the report’s release. Until then, Gray's community will seek justice, and the right will fill the vacuum with victim-blaming stories.