Jon Stewart smacks down Judith Miller: You drove us into the "devastating" Iraq war 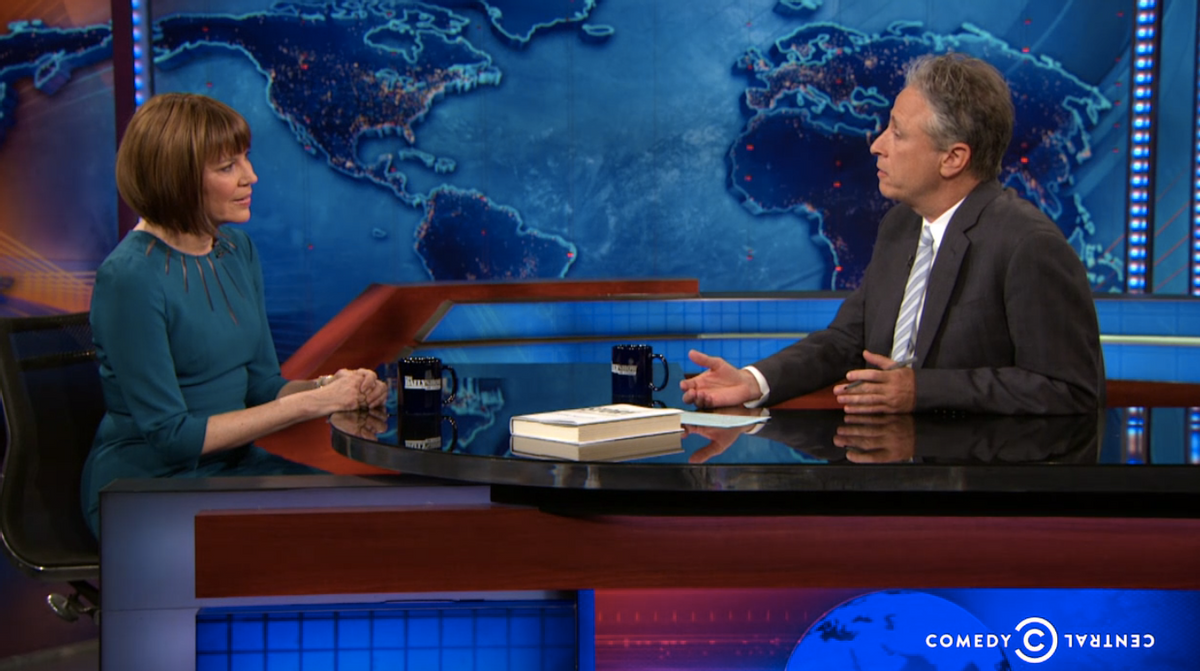 Judith Miller is making her rounds with a new memoir titled "The Story: A Reporter’s Journey." Or, as Jon Stewart is more aptly calling it: "The 'Eat Pray Love' of getting us into the Iraq war." It's an effort that seems to be, in large part, motored by the disgraced New York Times journalist's desire to amend the narrative of her life -- and, of U.S. history -- the public has latched onto for the last decade. Stewart has been one of Miller's loudest critics, claiming on several occasions that she had a major role in pushing the U.S. into the Iraq war. Naturally, she hit up "The Daily Show" Wednesday night in an attempt to silence a voice which has cemented her unfavorable narrative in place over the years.

Wasting no time at all, Stewart tore into some of the memoir's fabrications. “I believe that you helped the administration take us to, like, the most devastating mistake in foreign policy that we’ve made in, like, 100 years… but you seem lovely,” he said.

Miller, of course, rejected these claims, and passed the blame off to the Clintons. Also noting that 9/11 was an unmistakable component. “It was Bill Clinton who was worried about Iraq," she said. "Long before George Bush bombed Iraq, Bill Clinton did—1998-2000 missions for WMD. What I think changed was that, after 9/11, the risk that America was willing to tolerate just plummeted."

Stewart fired back at Miller, explaining that the war in Iraq was a concerted effort. "You had to shift, with energy, the focus of America from Afghanistan and al Qaeda to Iraq. That took effort,” Stewart said. “Somebody pointed the light at Iraq, and that somebody is the White House, and the defense department, and Rumsfeld. He said right after 9/11, ‘Find me a pretext to go to war with Iraq.’ That’s from the 9/11 papers and the study.”