He revealed the ruse on Conan last night 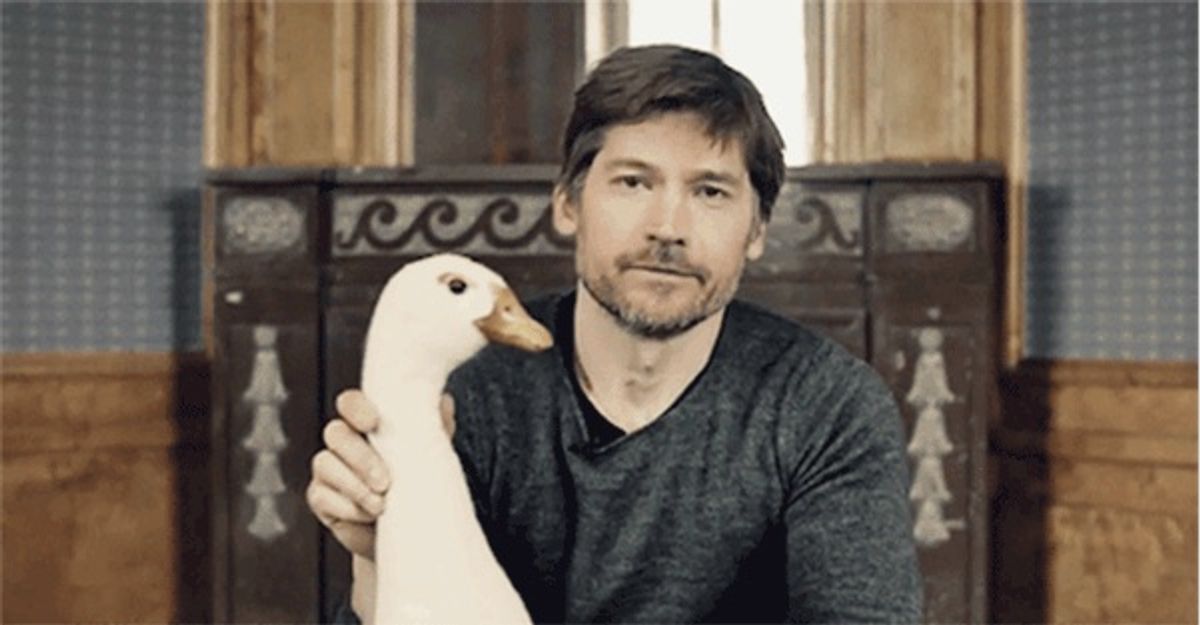 In a recent trailer for HBO Nordic, Nikolaj Coster-Waldau (AKA Jaime Lannister) left a clue for fans, in which he held up a duck and said, cryptically, “I just wanted to introduce this duck. It’s a spoiler for the book readers. I won’t give anything away — think about it.”

Naturally, fans were going crazy searching for any poultry-related plot points in "A Song of Ice and Fire." As one put it:

It’s too vague! There’s just no sense to be made of it. Is it a spoiler about the show? Is it a spoiler for Winds? If the latter, GRRM must have put him up to it. Why do you toy with us George? WHY?????

Well, last night on Conan, Coster-Waldau revealed that he was just teasing: The holy fowl of Dorne (a character I just made up) is not going to be appearing in season five. As Coster-Waldau put it, referring to the show's voracious, clue-obsessed fans: "Sometimes it's fun to just tease them a little bit."

This isn’t the first time a Lannister has teased viewers with a fake spoiler; Last year, Lena Headey trolled book-viewers by posting an Instagram which made it seem like certain character from the books would be showing up next season (she never did). Never trust a Lannister!