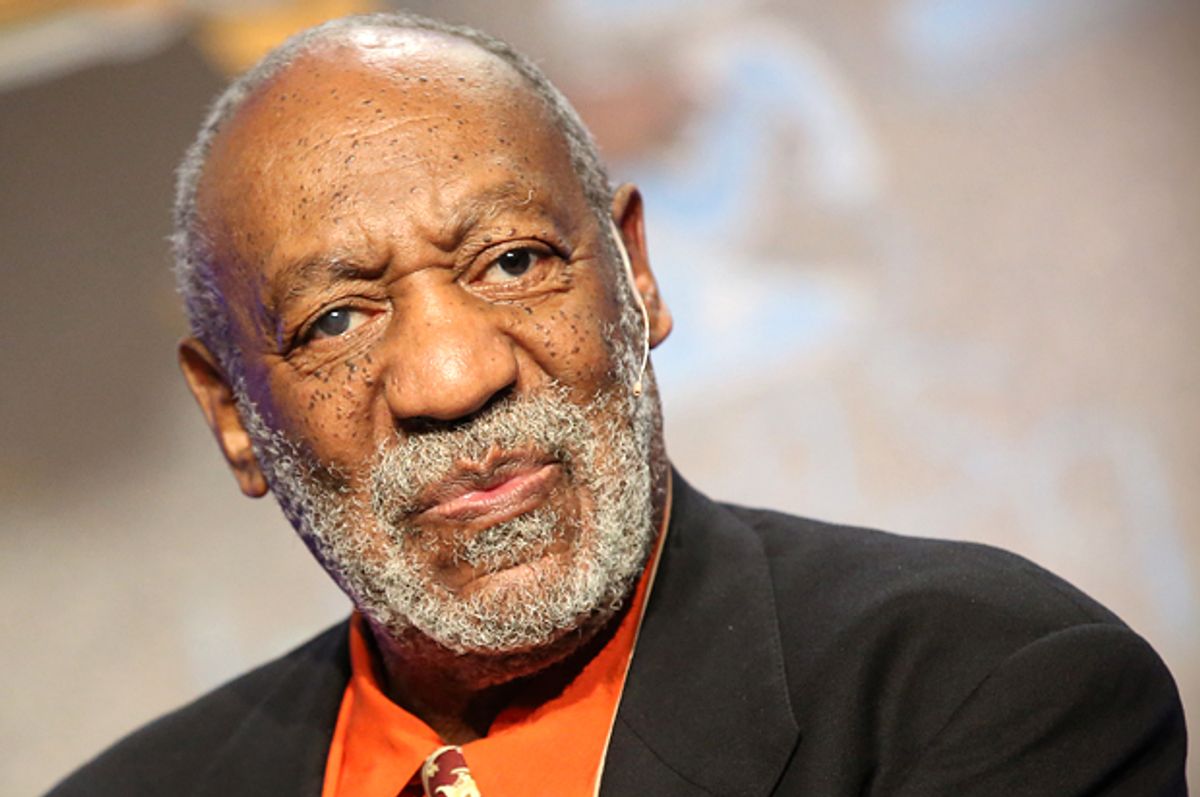 The long list of Cosby accusers just keeps getting longer: In a press conference held by attorney Gloria Allred in New York this Friday, two women, Lili Bernard and Sammie Mays, both accused Cosby of drugging and sexually assaulting them.

Mays, a writer, says she met Cosby at a convention in New Orleans in the late '80s, and that she became unconscious after receiving a drink from Cosby. She woke up half undressed and falling out of her chair.

Bernard, an actress who appeared on the final season of the “Cosby Show” and viewed Cosby as a mentor, claims that the comic drugged and raped her in the early ‘90s. “He praised me,” said Bernard. “He lifted me up. I believed him. After all, he was Bill Cosby. After he had won my complete trust and adoration, he drugged me and raped me.” Bernard added that when she saw Cosby in 1992 he threatened her and said “You’re dead, Bernard. You don’t exist. I never wanna see your face again."

“I am coming forward to show my six-year-old daughter to stand in truth, and to say that I have survived Bill Cosby’s drugging and raping me,” Bernard continued. “I stand here to take back my power and to confront the fear that has paralyzed me for so many years.”

While the statute of limitations has expired for most Cosby accusers, Bernard was allegedly assaulted in New Jersey, which has no statute of limitations for rape. Yesterday, Bernard and Allred reported the crime at a police station in Atlantic city, with hopes that Cosby will finally be prosecuted. "Unlike most other states, New Jersey has no statue of limitations for rape," said Allred. "Which means that law enforcement is not prevented from prosecuting a case because of an arbitrary time period set by law."

A protest is expected outside the venue of Cosby’s stand-up show in Atlanta tomorrow night, and Allred said that she and Bernard plan to be in attendance. “I look forward to continuing our battle in Atlanta tomorrow against Bill Cosby,” she said. “And making sure that those who hurt women will not be able to do so without being held accountable either in a court of law or in the court of public opinion for their acts of violence against them.”