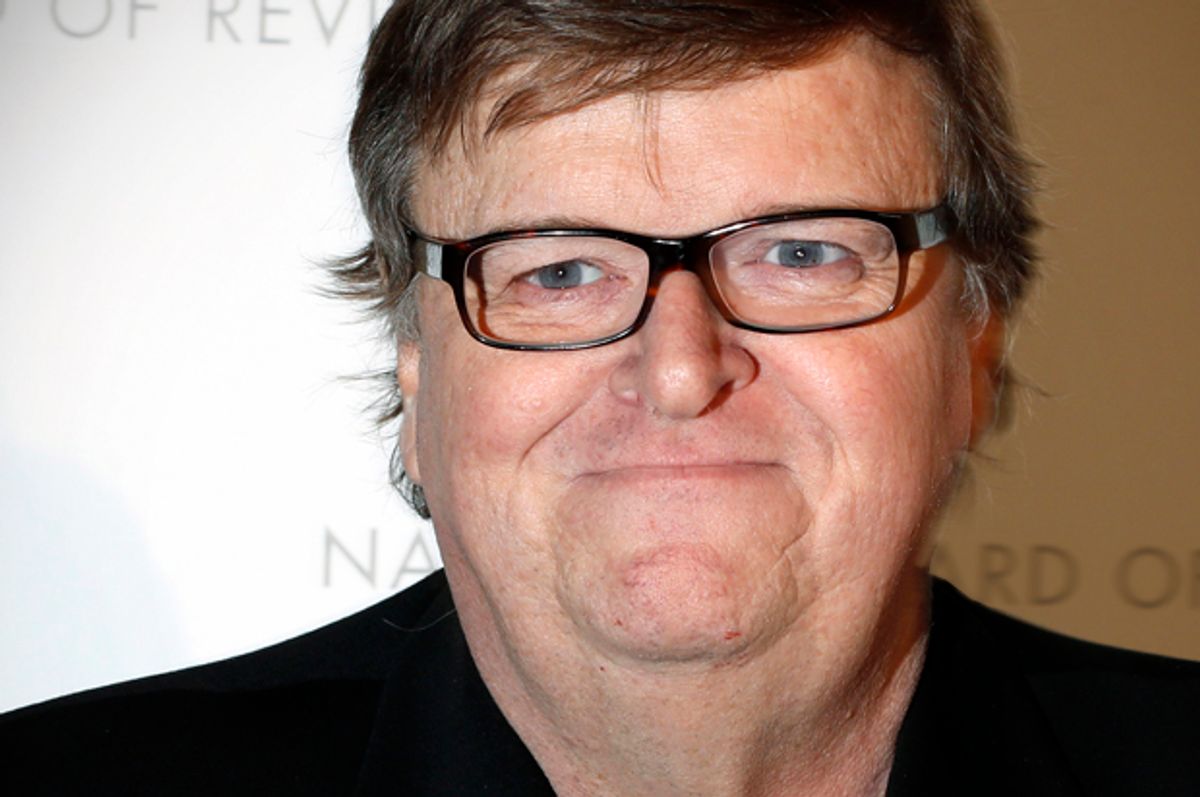 On "Fox & Friends" this morning, "Conservative Black Chick" Crystal Wright joined co-host Elisabeth Hasselbeck to discuss some tweets Michael Moore has written -- and how he should be punished for having written them.

Moore's tweets were -- as is often the case with the liberal provocateur's public statements -- deliberately inflammatory:

But Wright's response is even more inflammatory, saying that she would like to "helicopter [Moore] into Baltimore, drop you into the city with no armed cops, and see how long you would survive without a gun." Hasselbeck tabled Wright's suggestion that the Baltimore protesters would immediately murder Moore upon his arrival, and focused on the way in which he was needling Second Amendment advocates.

"He's kind of shoving it in the face of those he believes are very pro-Second Amendment," she said, "that we should just be fine. 'If you believe in that, go ahead and disarm the police.'"

Wright responded by reminding viewers that Moore argued for the release of all nonviolent drug offenders, so "according to [his] logic, you're going to release all these people from prison, and they're going to know they have an unarmed police force."

"They're going to think," Wright contended, "'We're going to escalate this from nonviolent crime to crime!'" The biggest problem for Wright, however, is that Moore never blamed the black community for the violence that accompanied the protests.

Hasselbeck disagreed, saying that Moore is merely a representative of people who "just don't get it -- who just won't. They're just jumping in here with their mouths."

"What Michael Moore doesn't understand," Wright added, "is that there's a generational criminality that's affecting the black race, and we need to be serious about it, instead of tweeting idiotic things like this that do nothing but invite more young black men to follow in their fathers' footsteps."

She concluded by asserting that liberal policies like those endorsed by Moore "have enslaved blacks to lives of crime and poverty."

Watch the entire conversation via "Fox & Friends" below.