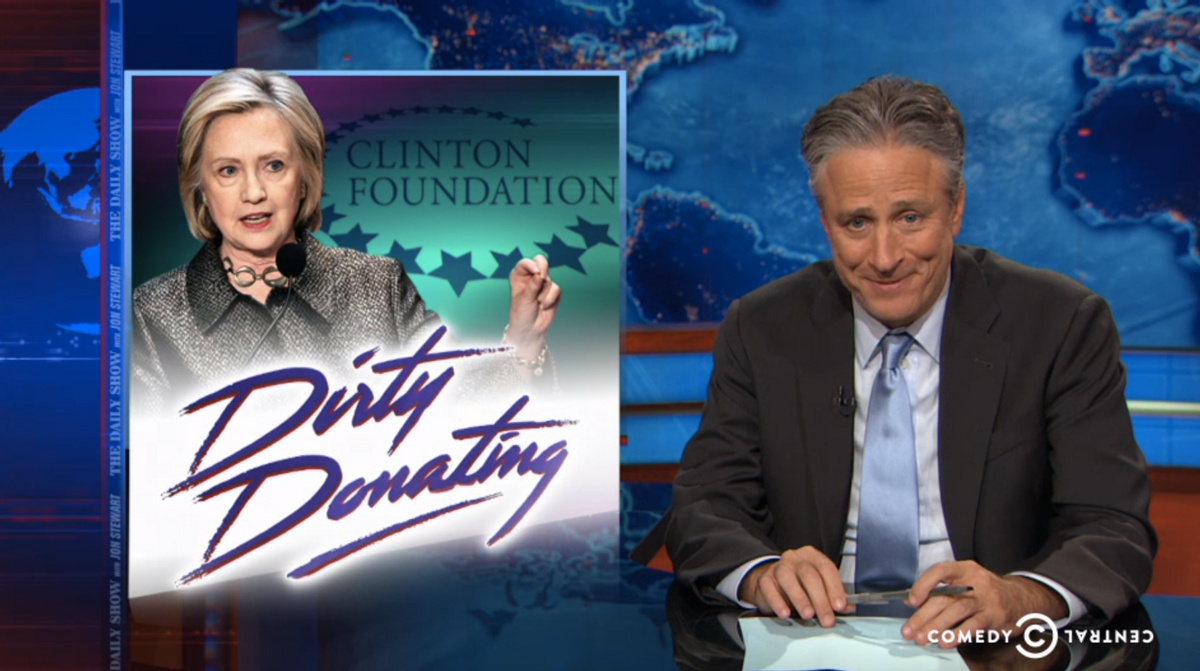 How does Bernie Sanders, the eccentric Vermont senator, stack up against Hillary Clinton in the 2016 race? She has a private server in her home that she can delete thousands of her own emails with. He owns a VHS copy of "Tootsie." Her campaign is managed to a tee ... and he forgot his comb. Jon Stewart sized both candidates up on "The Daily Show" Thursday night, deciding that Clinton will "crush Sanders" -- if her "dirty donating" scandal doesn't crush her first.

Controversy steepened Thursday when The Boston Globe reported that the Clinton Foundation failed to hand over data on any foreign donations between 2009 to 2013. Easy mistake, right? Perhaps not, when it's 10 million dollars missing, Fox News says. The network has had some fun speculating about where this money is going, with one commentator even going so far as to suggest that the money is being tucked away for Chelsea Clinton (who reportedly makes 75k for every speech) and her "diarrhea obsession." Cue: Stewart's world-famous poop jokes.

"All she has to do is address this [controversy] simply and squarely and put this thing to bed," Stewart concluded the segment after learning that there's currently no evidence to support that Clinton took any action with these foreign contributions.