Man detained with Freddie Gray speaks out: Police "are trying to use me to cover their ass" 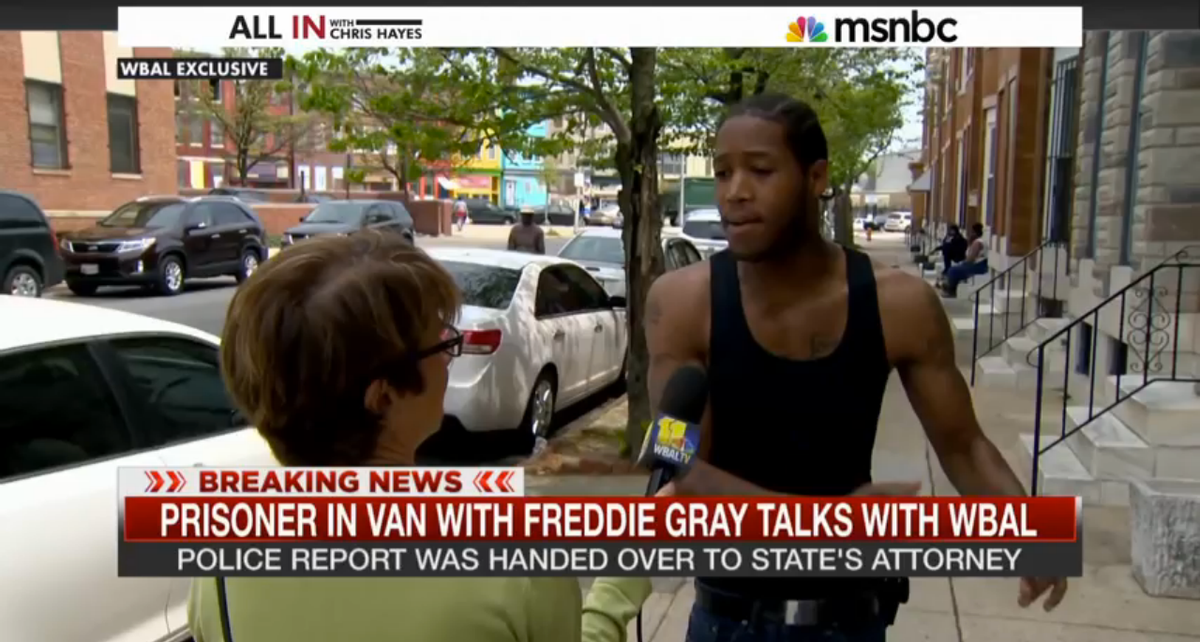 On Thursday, the Washington Post's Peter Hermann reported that a prisoner in the van with Freddie Gray, the 25-year-old who died mysteriously in police custody, was "banging against the walls" of the van and possibly "intentionally trying to injure himself."

However, Jayne Miller, a reporter for WBAL-TV managed to locate the man, Donta Allen, listed in the police document as having said that Gray was inflicting self harm. Allen now denies that he said such a thing.

MSNBC's Chris Hayes aired the complete interview between Miller and Allen on "All In with Chris Hayes" on Thursday evening, during which Allen claims that the police are trying to account for not seeking medical attention for Gray.

Watch the full video below, courtesy of MSNBC: